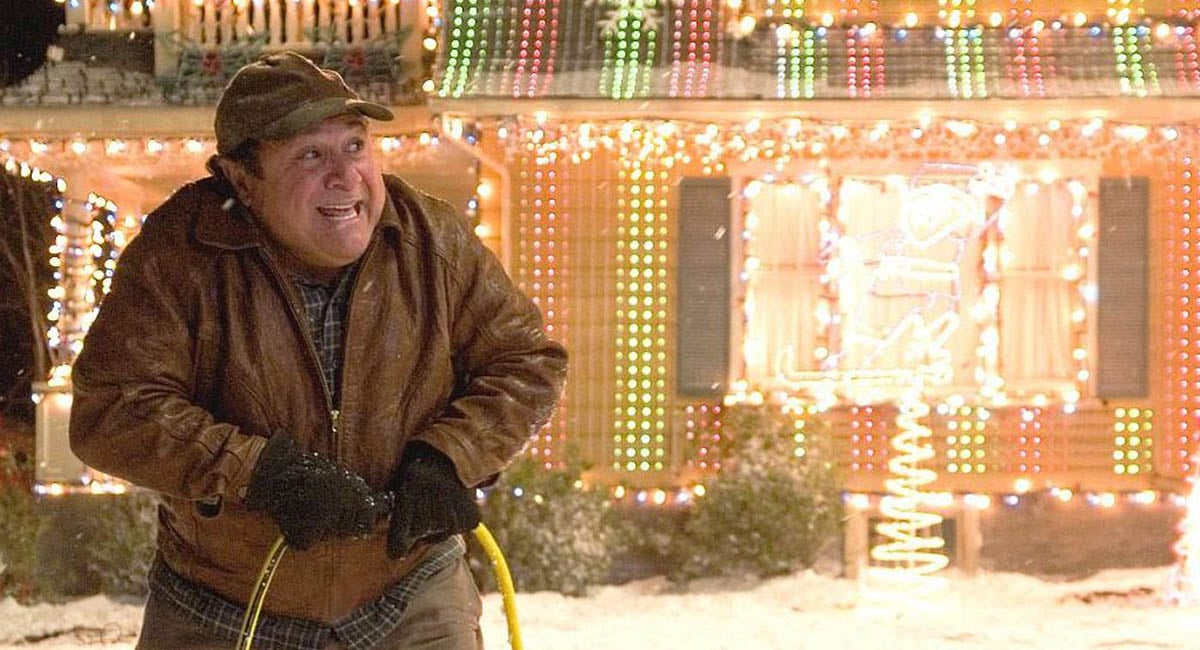 Nothing says Christmas quite like incompetent slapstick, saccharine sermonizing, and cavernous cleavage. At least, that’s the outlook taken by director John Whitesell’s Deck the Halls, a dimbulb confection in which Matthew Broderick and Danny DeVito play mean-spirited practical jokes on each other like nitwit third graders. Small-town Massachusetts eye doctor Steve Finch (Broderick) is a control freak who, in an effort to make the festivities special for his family, schedules the month of December down to the millisecond. His new across-the-street neighbor Buddy Hall (DeVito) is a car salesman with an inferiority complex who dreams of doing one big, important thing in life, which he soon determines is to decorate the exterior of his house with enough lights to make it visible from outer space. A hostile rivalry quickly develops between the two, though since this conflict takes the distinctly humorless form of speed-skating races and fireworks fights, one is mainly left to ponder why the increasingly unfunny Broderick is continually allowed to headline films, and why someone of Kristin Chenoweth’s song-and-dance talent keeps accepting, after a similar turn in RV, supporting roles in shabby comedies as the smiley, buxom wife. Deck the Halls is so feeble that it manages to pilfer, in spirit if not exact detail, the ickiest incident in Adam Sandler’s Click, forcing Steve and Buddy to inanely hoot and holler—replete with chauvinistic “Who’s your daddy?” exhortations—at a sexy Winterfest dance routine that, it’s eventually revealed, is being performed by their teenage daughters. Between its ludicrous belief in the holiday season’s power to cure kids of their weirdness and its conviction that a burly sheriff wearing women’s underwear—as well as Broderick’s knee-jerk reaction to flee the frightening freak of nature—is the height of hilarity, this exceptionally cloying ode to yuletide togetherness simply makes one eager for New Year’s.