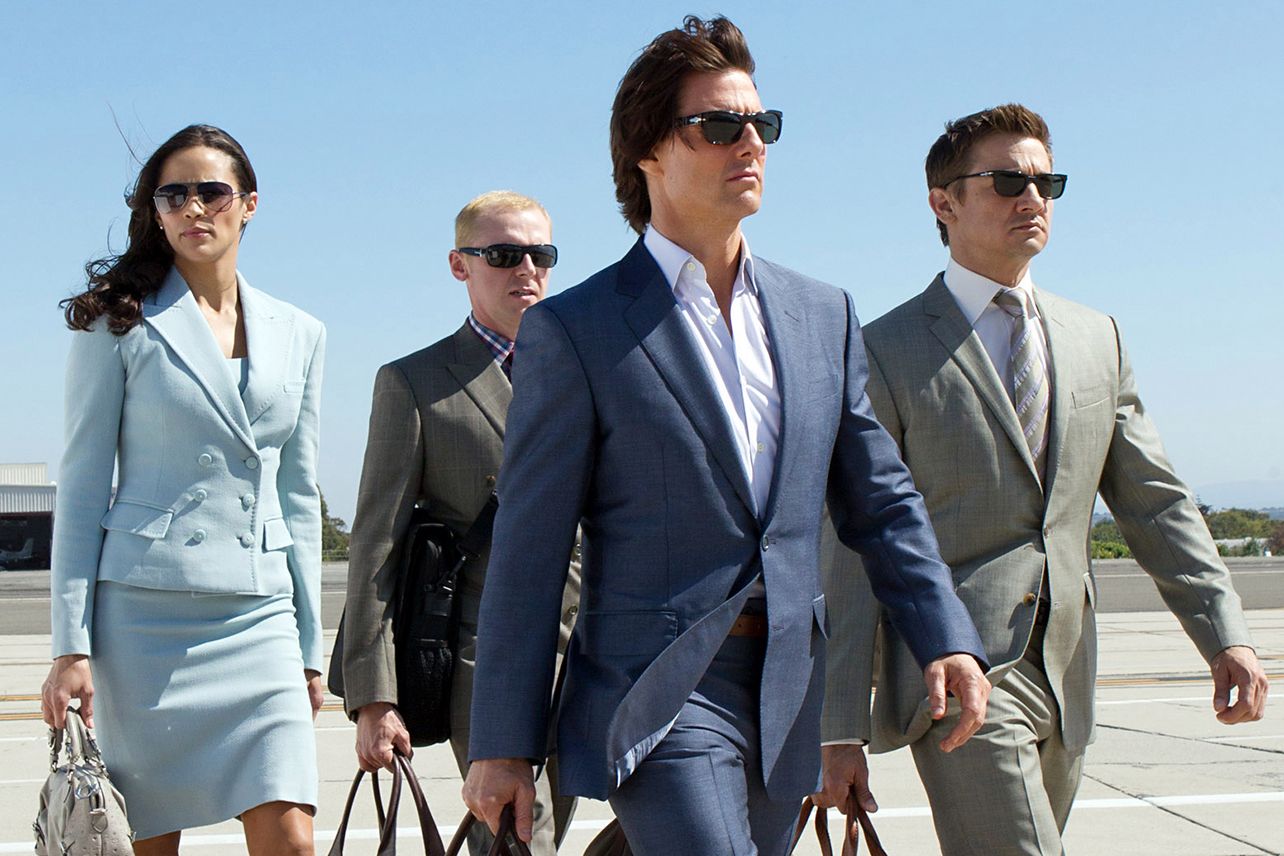 As commercial cinema goes, animation and live action are seen as divergent modes of filmmaking sharing the mutual goal of aesthetic cohesiveness; they only achieve it by different means. While Avatar and The Adventures of Tintin achieve a melding of live-action and animation techniques, other examples suggest that the sensibilities of animation and live action are more disparate and incompatible. If the static shots and deadened rhythms of the big-budget fantasy films John Carter and the first two Chronicles of Narnia entries are any indication, the qualities of animation may not so easily translate to live action. These films were directed by animation veterans—Andrew Stanton and Andrew Adamson, respectively—whose authorial voices evaporated under the conditions of live-action filmmaking.

Given the standing casualties, it would be reasonable to expect that Brad Bird, the venerable and considerably gifted director of Pixar greats Ratatouille and The Incredibles, would encounter similar difficulties working in live action as did Adamson and Stanton. Bird’s first project in the non-animated realm would pose a more considerable test than those of his predecessors, both of whom were essentially handed the reins of a new film franchise. If the translation from animation to live action weren’t already revealed as problematic by the previous examples, the challenge of making a fourth entry in the moribund Mission: Impossible franchise would be potentially as significant. Yet, despite these (and forgive me for saying) impossible conditions, Bird makes Mission Impossible – Ghost Protocol work. It succeeds not only as the resurrection of a franchise but also as an exercise in the rarified practice of artful action filmmaking. Whether the story makes a bit of sense is hard for me to say, as I certainly can’t recount it very well. More importantly, this fourth Mission: Impossible makes visual sense.

The script is fairly basic, but the screenwriters are savvy enough to acknowledge that audiences (no doubt with assistance from Jason Bourne) have moved on from Ethan Hunt and the IMF. Thus, the fancily titled Ghost Protocol isn’t framed as the next inevitable mission, as was John Woo’s forgettable second film. Nor does it fall into the trap of grounding its conflict in the personal life of its protagonist. (Because, as recent Pulitzer Prize-winner Wesley Morris notes, Tom Cruise’s screen presence is decidedly asexual.) No, the screenwriters instead opt for a “dismantle and disavow” approach, with an opening that sees fellow IMF-ers busting Ethan out of a Serbian prison. Immediately following the breakout, Hunt is framed for the destruction of the Kremlin and along with his fellow agents must go on the run. And run he does. In Moscow, Dubai, and Mumbai. He runs into, on top of, and between cars. He runs down buildings, in front of monuments, and through sandstorms. But I’ll be damned if Cruise’s sprinting isn’t put to great use here, as he chases a villain bent on a nuclear leveling of the entire planet. The origins and motives for this villain, played by Michael Nyqvist, could certainly have used a bit more development, as could have those of the female sub-villain played by Léa Seydoux. Ghost Protocol rather focuses squarely on Cruise and his new protégé, played with icy joy by Jeremy Renner, cashing in on the intensity of his standout performance in Kathryn Bigelow’s The Hurt Locker. Cruise and Renner together is a surprisingly good match, particularly since the film is patient to reveal each character’s ultimate motivations and keeps them both in pure business mode. While Cruise is the de facto leader and gets the lion’s share of screen time, Bird and company smartly project Ethan Hunt as a guiding paternal figure. The other members of the team, including Simon Pegg (returning from the last film) and Paula Patton, each have a function and serve it well, both in contrast to and in cooperation with Cruise’s holy sprinter’s status.

Despite serving up a buffet of your standard spy ingredients, Ghost Protocol aces the formal test. Bird goes to painstaking degrees to ensure that the action on screen, though busy, is visually coherent. Given its clarity, the film’s action may can be interpreted as a rebuke of the current chaos aesthetic that characterizes many recent action blockbusters. (And in case you missed them last year, be sure to watch Matthias Stork’s video essays on chaos cinema.) But Bird isn’t a rigid classicist in his approach to action or even simpler scenes of dialogue. He maintains the urgent, at times frenetic tone that J.J. Abrams brought to the franchise in the previous film, Mission: Impossible III. Abrams is a producer on Ghost Protocol, and his artisan touch is evident throughout. Honoring this approach but shifting its emphasis, Bird crafts each sequence with stunning attention to how each shot connects to the next. Where Abrams sees a series of shots serving the purpose of a single shot and idea, Bird makes each shot matter. Despite this being his first live-action effort, Bird operates like a veteran of action moviemaking. More importantly, the seamlessness of the motion between shots fashions a sense of dimension and space for a given setting, scene, or composition. By contrast, Bird’s contemporaries—Abrams, Christopher Nolan, et al.— have failed at this consistently. (I can’t help but imagine what Super 8 or Inception might have looked like with a helmer like Bird, who would certainly not have rendered their visual palettes so flat and unimaginative.)

Ghost Protocol makes no attempt to push the boundaries of a genre and type of filmmaking whose boundaries are resistant to shifting. It offers something much more straightforward, especially in the context of commercial action filmmaking. The term “action movie,” seems archaic today. To put it simply, action movies are less relevant. That’s not to say they were particularly significant in their heyday of the 1980s and early 1990s; nevertheless, their simplicity both in visual and thematic terms spoke to audiences. On the other hand, the contemporary action picture and its subdivisions—notably the spy thriller—has been realigned according to the fractured chaos aesthetic. Moreover, in an age in which audiences’ tastes are increasingly influenced by the more sophisticated sensibilities of television drama (which demand patience for story and character development over chunks of time), an efficient, effective, and, coherent actioner such as Ghost Protocol is a nice break from the complexities and confusions of other contemporary fare. Perhaps this is where Bird’s background in animation proved to be such an asset. Unlike a majority of his colleagues, many of whom pay lip service to the smaller details in favor of creating big, “blockbuster-y” moments, Bird is concerned about what each shot contributes, how it communicates, and how it does a job within the context of story and the craft of a scene. Even in the film’s standout sequence, when Cruise is dangling from the Burj Khalifa building, Bird maintains balance and lets his attuned visual senses carry the proceedings to a tense, exciting effect. This is the kind of thing a filmmaker is forced to learn in animation—where every composition matters—and it lends beautifully to live action, provided that director understands what powers a film.

Ghost Protocol is fairly standard material given the best treatment, which alone qualifies it as one of the more noteworthy movies released last year. It’s a fine-tuned machine, and as such stands as a moniker of the simple pleasures of seeing compact movement on screen. This, after all, is the universal quality that bounds and defines cinema—live-action or animated.