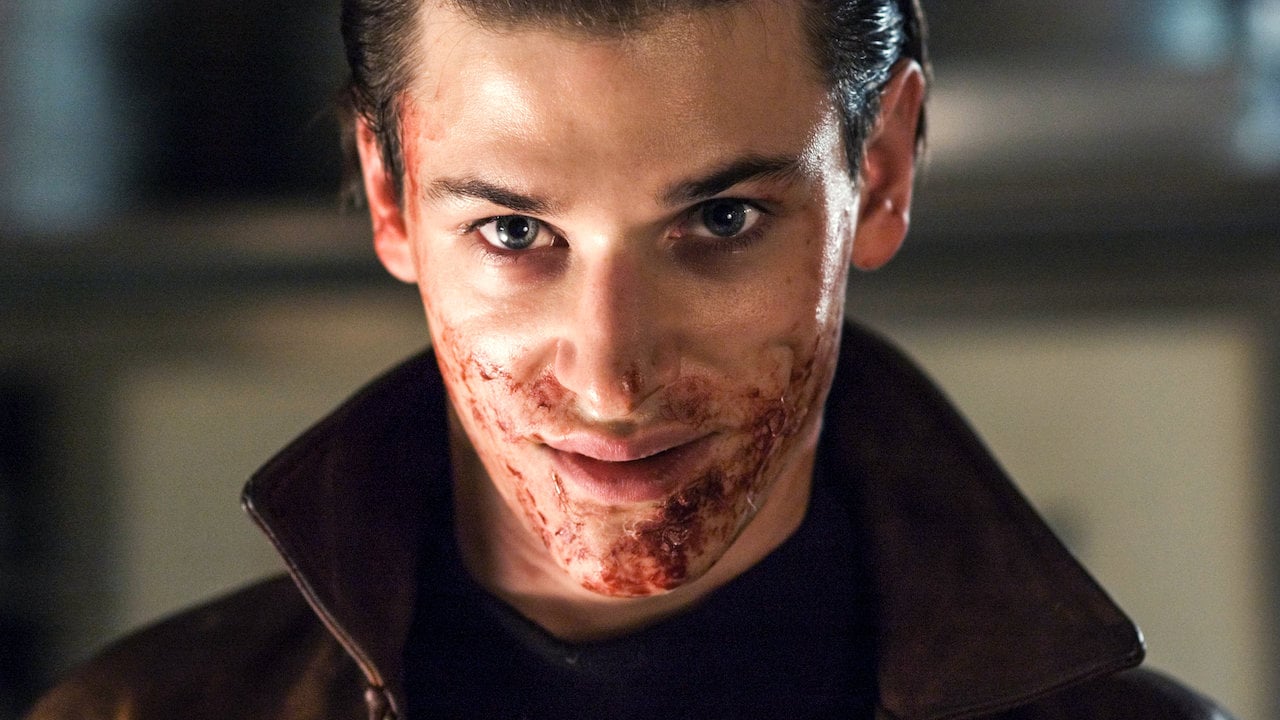 Cannibalism. The very word evokes revulsion among enlightened modern folk. Its eradication is seen as an unequivocal good even among the most strident critics of colonialism. The Geins and Dahmers among us who eat human flesh for sexual pleasure are unquestionably our most fearsome monsters. So why has the eating of people held such an attraction for people throughout the ages? Honestly, there’s only one answer.

We must taste really, really good.

But you’d never guess it to watch Hannibal Rising, the origin tale for America’s favorite epicure, Dr. Hannibal Lecter. Adapted by Thomas Harris himself from his recent prequel to the trilogy encompassing Red Dragon, The Silence of the Lambs, and Hannibal, the film does its level best to convince the audience that cannibalism, inadvertent or otherwise, is the trauma to trump all traumas. In doing so, Hannibal Rising unravels the perverse spell woven by Anthony Hopkins’s epic creation and unmans the most fearsome villain that contemporary cinema has produced.

Hannibal Rising opens in Lithuania, with young Lecter enjoying a cinematically idyllic childhood with young sister Misha, even as the wolves of World War II circle ever closer to the front door of the family palace. The family is forced to flee to safe harbor in the woods—though not before handling several key props that will be fetishized later in the story. Once holed up in their little cabin, director Peter Webber (Girl with a Pearl Earring) and DP Ben Davis (Layer Cake) decide to exchange the world of movie-of-the-week romanticism for the gritty bleach bypass of Saving Private Ryan. Lecter’s tender, loving parents are caught in the middle of a firefight between a tank and a plane, leaving Lecter and Misha to fend for themselves. Unlike most brothers and sisters, they are in no danger of squabbling, not even when the forest runs out of mushrooms. Things get worse when the cabin is invaded by a gang of Nazi-sympathizing thugs led by Grutas (Rhys Ifans), whose psychopathic fiendishness is telegraphed by his slovenly eating habits. The bad guys inexplicably keep the children alive and in chains, but when the frozen woods yield no food, the hungry men turn their attentions to the adorably plump Misha.

Lecter is eventually rescued, and spends the next eight years as a mute in a Lithuanian orphanage housed in his family’s former castle. Teen Lecter (Gaspard Ulliel) manages to escape, and makes his way to France to take shelter from his deceased uncle’s widow, the stereotypically inscrutable Lady Murasaki (Gong Li). Lady Murasaki tutors Lecter in the arts of kung fu and ancestor worship, and pays his rent and medical school tuition as he embarks upon a course of vengeance against the men who ate his sister.

All this set up does nothing to address the question the film purports to answer: what gave birth to Hannibal the Cannibal? The inexpert storytelling is only part of the problem, but the gaps in narrative logic are worth mentioning because they’re exemplary of the lazy shorthand that permeates Hannibal Rising. Chief among these is the handling of Lecter’s escape. Harris and Webber cut from child Lecter’s rescue by Russian soldiers to the orphanage eight years later, then present a day-in-the-life that is as forced and contrived as they come. Lecter won’t sing. Lecter won’t speak. Lecter jams a fork into a bully’s hand. The head of the orphanage expositions at Lecter that he’s been a mute who won’t speak ever since they rescued him eight years ago—except for when he cries his sister’s name in his sleep. Cut to Lecter, crying his sister’s name in his sleep. There’s no indication that this day is different than any other day in Lecter’s life, except that the exigencies of plot require that this time they lock him in the cellar. Since Lecter grew up in the castle, he knows how to escape, which raises the question as to why he never tried to escape before. (That’s a pretty big story question that should have been a red flag during development—even the most junior story editor would make that note.) Hannibal, the story argues, was in hibernation for eight years until the school bully asked him to sing a song to which everyone else knows the words. Presumably they’ve sung it before, and since Hannibal’s a mute, presumably this is not the first time he’s been confronted for refusing to sing. Nothing makes this day different than any other day, so for this to be the day when the monster is unleashed is just lazy, silly storytelling. The movie gets worse from there.

The acting in Hannibal Rising is uniformly terrible, though the actors are to be pitied rather than despised because they don’t have much to work with. It’s hard to say who fares worst, Gong or Ifans. To play Grutas, Ifans dons a comic-book accent and gets his chest shaved on camera and ends up looking like a fop and a fool. Lady Murasaki is an embarrassing stereotype who never gets to be more than just a plot device. As an actress, Gong has grown into a powerful screen presence in her native Chinese (holding her own with Chow Yun-Fat in Curse of the Golden Flower), but in English language films such as Miami Vice she’s been tentative, unable to register on camera. Here, she’s given clunky, junky dialogue like, “Be gentle, Hannibal. Be brave, like your father,” and she’s just not up to the task of transcending the material.

But Hannibal Rising isn’t about Grutas, or Lady Murasaki. It’s about Hannibal Lecter, and the film rests squarely on the shoulders of Ulliel, a French actor asked to speak English with a vaguely Eastern European accent. He looks and sounds nothing like Anthony Hopkins. More importantly, it’s impossible to imagine Ulliel’s Lecter growing up to become Hopkins’ version of the character. The prequel’s Hannibal turned to cannibalism involuntarily to survive, and the memory of his transgression torments him. But that’s easy cannibalism. Safe cannibalism. Lecter, as originally devised by Harris, knows the religious and sexual ecstasies of cannibalism. He might have been forced to eat his sister, but this moment should’ve led to revelation. In eating his sister, he possesses her spirit forever—and isn’t that really a kind of rescue?

Unfortunately, Harris wants us to know that Lecter is just another traumatized child. Ulliel has a hook-shaped smile with a certain creepy allure, but his Lecter is a machine powered by repressed memories, not a monster fueled by the ultimate taboo. Webber’s approach is straightforward and reverent, but by eschewing comedic touches (of the kind Antonia Bird employed so well in her cannibal film Ravenous), Webber provides the audience with countless opportunities to laugh at the film. The old Lecter seduced audiences with the power of the secret knowledge given to him when he first tasted another human being. This new Lecter just needs to have a good cry. He’s no monster, no demon, no wendigo. He’s the darkness you run from, not to. Hannibal Rising’s greatest crime is that it forgets that the true horror and power of Hannibal Lecter doesn’t come from famine, but from feast.