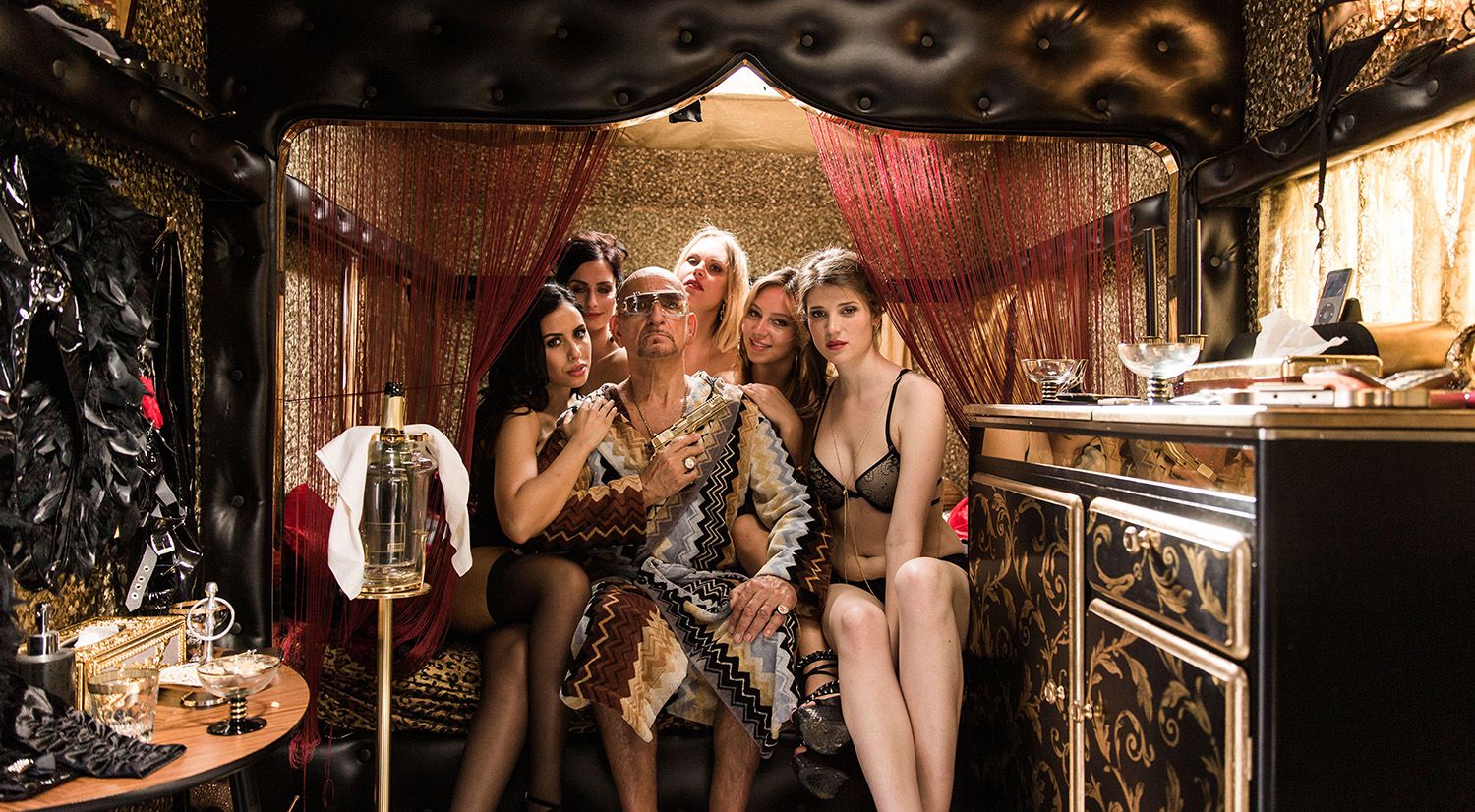 Eran Creevy’s Collide offers an opportunity to watch Anthony Hopkins and Ben Kingsley go toe to toe in a scene seemingly modeled on the famous diner scene from Michael Mann’s Heat. Kingsley plays a loopy, drugged-up crime boss who’s fond of silk pajamas and scantily clad models, while Hopkins plays the sort of preening, imperious baddie who quotes poetry and muses philosophically while detailing his henchman’s torture techniques. Though the scene that Kingsley and Hopkins share is a mere shtick-off compared to the elegantly modulated master class in acting that Robert De Niro and Al Pacino put on in Heat, the scenery-chewing on display goes a long way toward elevating Collide above its more dunderheaded and often self-serious ilk.

Hagen Kahl (Hopkins) is the owner of a large trucking company, which turns a profit on the side cargoing cocaine into Cologne, Germany. It’s an operation overseen by the erratic Geran (Kingsley), who asks for a bigger cut of the earnings—a request which Hagen rebuffs. Caught between the two is an American expat, Casey Stein (Nicholas Hoult), who sees himself pulled back into the criminal lifestyle he agreed to leave behind for his girlfriend, Juliette (Felicity Jones), after she requires an expensive life-saving kidney transplant. Geran hires Casey to steal one of Hagen’s trucks, which is carrying a massive stash of drugs, and as soon as the young man pulls off the heist, Hagen is on his trail, chasing him up and down the Autobahn.

This is the launching pad for a propulsive action thriller that compensates for its narrative improbabilities with eye-tickling action. Creevy effectively utilizes the film’s locations, especially the German resort town of Monschau, whose narrow, winding streets set the stage for one particularly nail-biting car chase (shades of John Frankenheimer’s Ronin). Throughout, Collide speeds from one set piece to the next with a jaunty, confident air that largely elides the plot’s many coincidences and leaps in logic, including a ludicrous final twist. At the very least, it’s difficult to begrudge a film that—as evidenced by the scene where Geran opines about the pleasures of the John Travolta-Jamie Lee Curtis aerobics drama Perfect while dancing to some dubstep—has the good sense to put so much stock in Kingsley’s hammy theatrics.

Review: As You Are