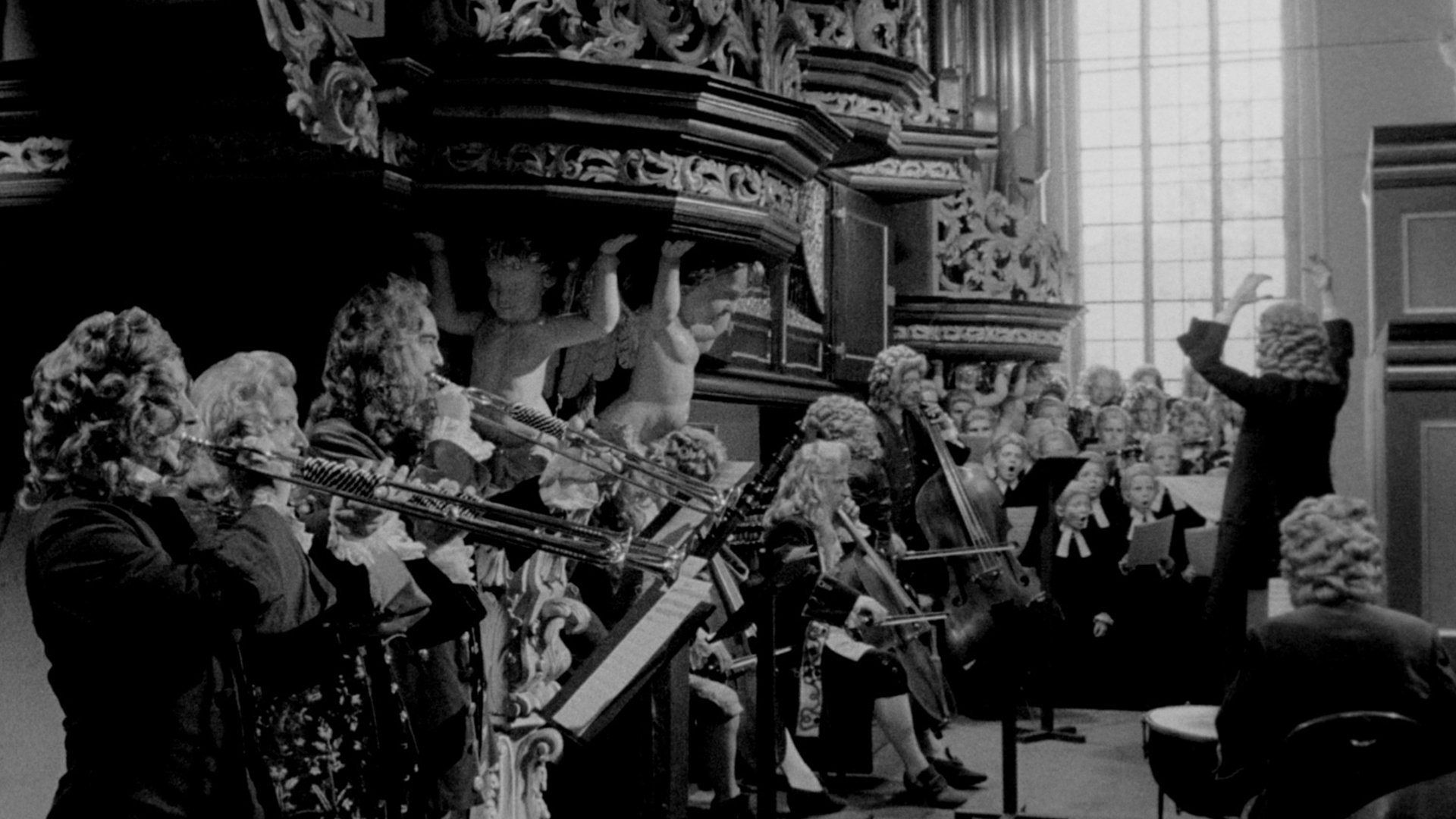 As somebody familiar with Jean-Marie Straub and Danièle Huillet’s cinema solely through academic studies, I expected an introduction to their notoriously “astringent” and “austere” work to be akin to a semiotics lecture in an empty auditorium. Chronicle of Anna Magdalena Bach promptly dispenses with such gloomy prospects. Straub-Huillet’s best-known film is, in the first of its many paradoxes, both insistently severe and intensely pleasurable. The nominal subject here is the life of Johann Sebastian Bach as told by his wife, Anna Magdalena, though, and as befits a card-carrying member of the ‘60s modernist movement that encompassed Godard, Rohmer, Warhol, and late Rossellini, the real one is the relationship between sights and sounds, artifice and reality, the medium and the world.

Straub-Huillet’s stated aim with regard to Chronicle of Anna Magdalena Bach was to use Bach’s music “not as accompaniment but as esthetic material.” Accordingly, the film is mostly composed of live performances of the 18th-century composer’s cantatas, arias, and requiems, all staged in static tableaux. Rigorously shorn of suspense and drama, the film’s narrative (the death of Bach’s children, problems with patrons, his encroaching blindness) is tossed off as narration over authentic letters and engravings, and the notion of “acting” is rejected as ruthlessly as in the sternest Bresson; as Johann and Anna, respectively, harpsichordist Gustav Leonhardt and singer Christiane Lang are asked not to “play” characters, but to lend their bodies and voices to the camera, every inflection scrubbed off.

If in print that sounds like an exercise in arctic formalism, the film is first and foremost a reminder of how essential a role the senses play in the act of experiencing cinema; through the beauty of its music and the limpidity of its images, it invites not “alienation” but complete immersion, so that “spectacle” can be reconstructed through contemplative analysis. Just as the powdered wigs cloak the most modern of inquiries, so does the film’s bareness quake with emotion: Leonhardt’s Bach is kept at a distance, often a barely noticeable element in the ravishing compositions, yet continually alive through the music that guides him toward the final sublimity of darkness before God. Whether one finds the picture magically august or merely arid depends on one’s willingness to readjust preconceived notions of cinema, though even the wildly varying reactions to Straub-Huillet’s methods ultimately attest to their demand of viewer participation in their search for new forms of expression.