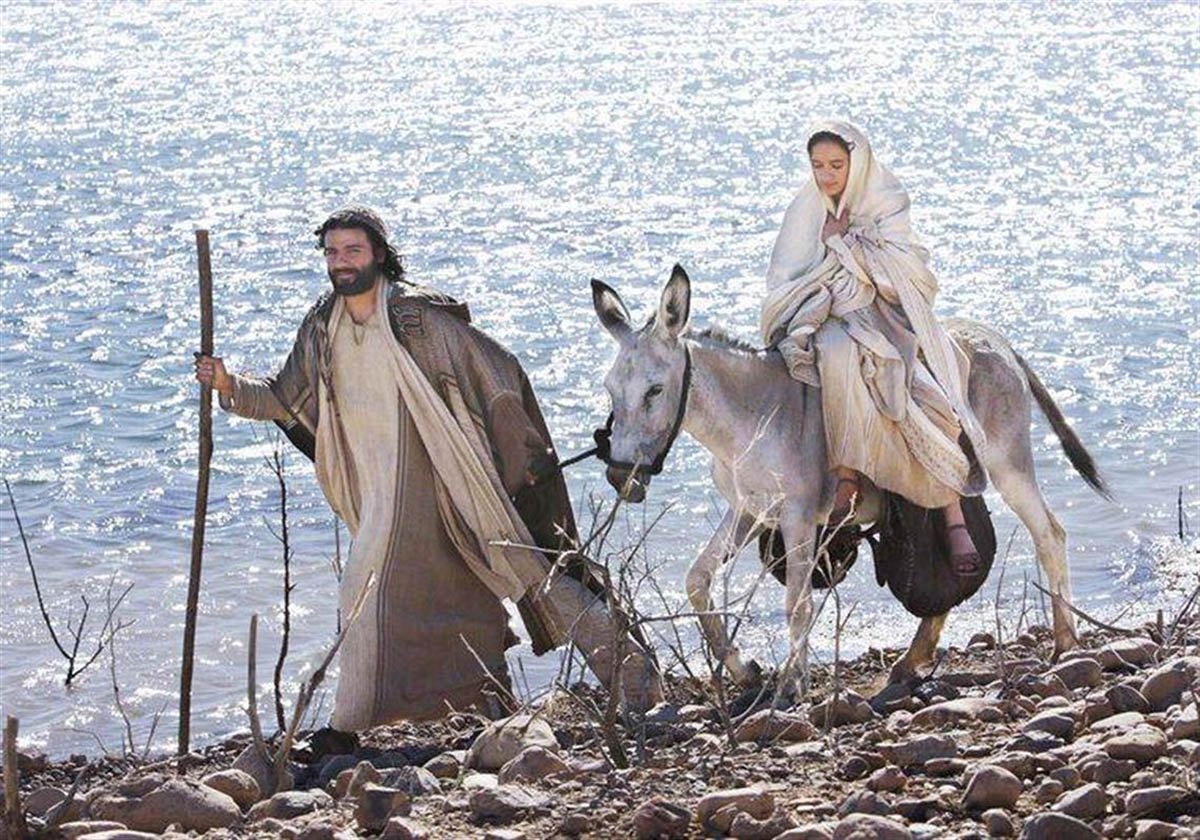 In The Nativity Story, punk-styled director Catherine Hardwicke (13, Lords of Dogtown) tries to find a way into the straight story of Jesus’s birth via the transformation of child bride Mary into the resolute mother of Christ. Trouble is, from the jump-off, this film’s Mary (Keisha Castle-Hughes) doesn’t seem the least bit scared, defiant or adolescently-awkward. Even when a creepy angel materializes to break the news that she’s to be impregnated with the Son of God, she appears only mildly rattled, as if caught in the hallway without a pass.

And when her mother later asks if she’s terrified about her impending arranged marriage to Joseph, I was almost shocked to hear Mary say, “yes.” Her expression is more like, “I guess so, whatever, Joseph’s kind of gross.” Until seeing Hughes’s epic close-ups in The Nativity Story, I had never noticed her uncanny resemblance to actress Chloë Sevigny. Whenever Hughes wears a sedate, blasé expression, she evokes Sevigny yawning through Kids, Trees Lounge, etc. Except that Sevigny’s languor is kittenish and seductive. Hughes just comes off as the last person to grasp the gravity of her situation. Of all the film’s weaknesses (Hans Zimmer-style inspirational/mystical/martial adventure muzak; a Mel Gibson leaden glove on the slo-mo dial and mixing board) Hughes’s first-act aloofness is its near-fatal one.

But when Mary weds Joseph, the film kind of wakes up. Oscar Isaac makes a great, passionate Joseph. The man is crazy about Mary, and we feel it. It takes every bit of faith in God and devotion to Mary for Joseph to accept his role as the Messiah’s surrogate father; Isaac doesn’t take any shortcuts on this torturous path. His performance even pumps some oxygen into Hughes’s performance. Similarly, Hardwicke gets some directorial juice out of staging Joseph and Mary’s trek to Bethlehem. Although the expository first act drifts by as a hybrid of handheld, long-lens, indie style camerawork and reverential PAX Network signifying, the second act journey is all lean, Lean epic vistas and simple sincerity. Catholic or Scientologist, try not to choke up when Mary washes Joseph’s scarred-over feet as he lies by the river in an exhausted heap, or when Joseph gazes upon his wife and newborn son, eyes brimming with hard-earned acceptance (that feeling of a blessing delicately shedding its disguise). These moments contrast against all the breathless prophesying early on; they have an elemental, silent movie beauty. And Hardwicke’s widescreen desert visuals are gloriously naturalistic. If there’s any CGI here, it’s more convincing than anything George Lucas or Peter Jackson have ever blown millions on. It’s a shame that Mychael Danna’s score never lets the imagery come up for air; the mighty mightiness this music is selling plays the movie cheap. (Maybe the filmmakers’ defense is that kids wouldn’t sit still for anything more subtle, less noisy. But such arguments always send me back to Roger Ebert’s description of an audience of children coaxed into silent rapture by the quiet, deeply subjective storytelling in The Black Stallion.)

Critics might chew on the fact that the continentally diverse, brown and copper-tone cast includes the likes of Ciáran Hinds (as King Herod) and Shohreh Aghdashloo (as Elizabeth) doing some vivid Acting, but the performances are mostly just impressive tap dance solos; everyone waits his turn to say something serious and bibilical, open audition-style. While Mike Rich’s screenplay sets up a pretty solid framework for suspense—cross-cutting between Joseph and Mary’s journey, King Herod’s attempts to hunt down the baby Messiah who threatens his authority, and the three bickering Magi following the North Star to his eventual birthplace—Hardwicke is more interested in ritual spectacle than conjuring up any serious sense of peril. (The Fellowship of the Ring was scarier.) Consequently, the actual Nativity scene (after a stunningly photographed sequence of Joseph racing through inhospitable Bethlehem against a solemn magic hour sky) plays like a Catholic school rendition of same. With more lights.

Because it telegraphs and muddles the first segment of its emotional arc (Mary’s coming of age) then forgoes early attempts at realism for rote pageantry, The Nativity Story never quite becomes more than efficient religious programming for a built-in audience. Non-believers probably won’t go anyway, but if they do, why make it so easy for them to cast doubt? Apostle or storyteller, it all comes down to suspension of disbelief.

Steven Boone is a New York-basic critic and filmmaker, a contributor to Vinyl Is Heavy and the publisher of the pop culture blog Big Media Vandalism.

Deja Voodoo and the Law of Diminishing Expectations