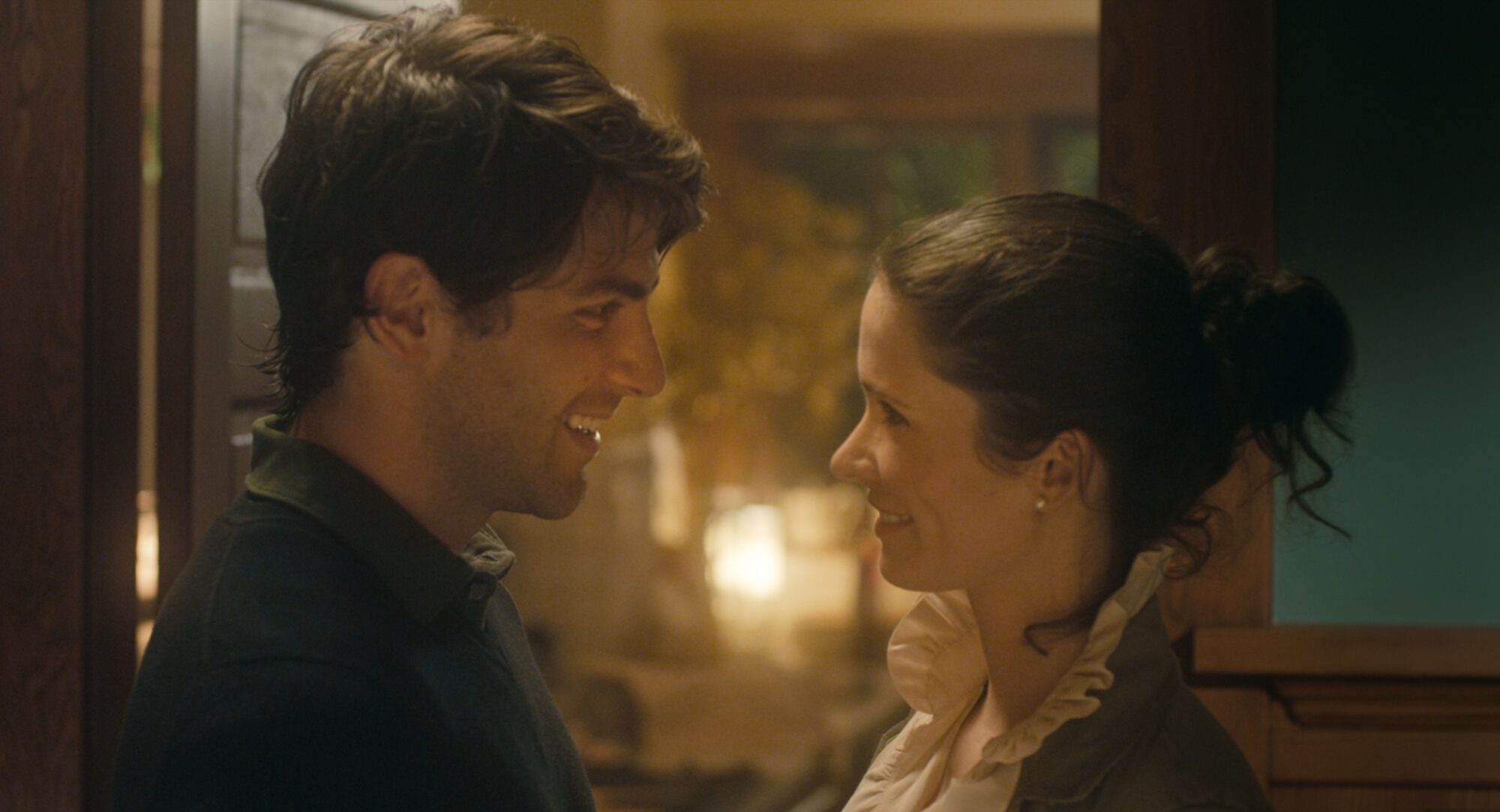 Writer-director Adam Christian Clark’s Caroline and Jackie clobbers the viewer with a wall of insistent stylishness, a Ketel One ad that just won’t quit, or Bellflower for people whose Blackberry is a vital organ. The tone of hurried, Aaron Sorkin-ish (and that’s a big “-ish”) verisimilitude is established immediately, with waves of barely coherent dialogue that are supposed to sound like you’re eavesdropping across an exclusive, SoCal eatery. USC film school grad Clark is a three-season veteran of the American Big Brother, which comes as no surprise since much of the dialogue in Caroline and Jackie sounds like what happens when you give the cast too much instruction and not enough direction, or simply trust your actors too much to make up their own lines.

Tolerably well-shot in a slick, Instagram-esque kind of way, Caroline and Jackie initially comes across like Kent McKenzie’s The Exiles, recast with the Whitest Thirtysomethings U’Know. It’s all fair and square for about the first 15 minutes, but before you realize there’s another shoe to be dropped, the other shoe drops: Everything was merely a ruse to set the stage for the most cringe-worthy intervention scene in cinema history. Not to suggest that real people with real addictions can’t benefit from an intervention, but when they’re used in fiction (see The Sopranos, How I Met Your Mother, or—best of all—Mr. Show), writers will usually, if they’re worth their salt, do something to undercut or overturn the inherent, overbearing sincerity of such affairs.

Eventually, that’s what happens in Clark’s film, but by the time we get there, the half-assed stupidity of the narrative, which seems to have been developed from a game of “broken telephone,” has already poisoned any goodwill you might have had at the outset. The intervention, it would seem, was itself a ruse to gather Caroline (Marguerite Moreau) and Jackie’s (Bitsie Tulloch) friends, lovers, and just-met acquaintances into the latter’s tastefully-appointed home for several hours of awkwardness and beyond-the-pale discomfort—in short, bullshit and tomfoolery masquerading as Eugene O’Neill. Because the whole thing feels so amateurishly improvised, Caroline and Jackie doesn’t so much enter into Michael Haneke territory as slip backward, over a banana peel, into some bad-faith parody of the same.

Review: Postcards from the Zoo