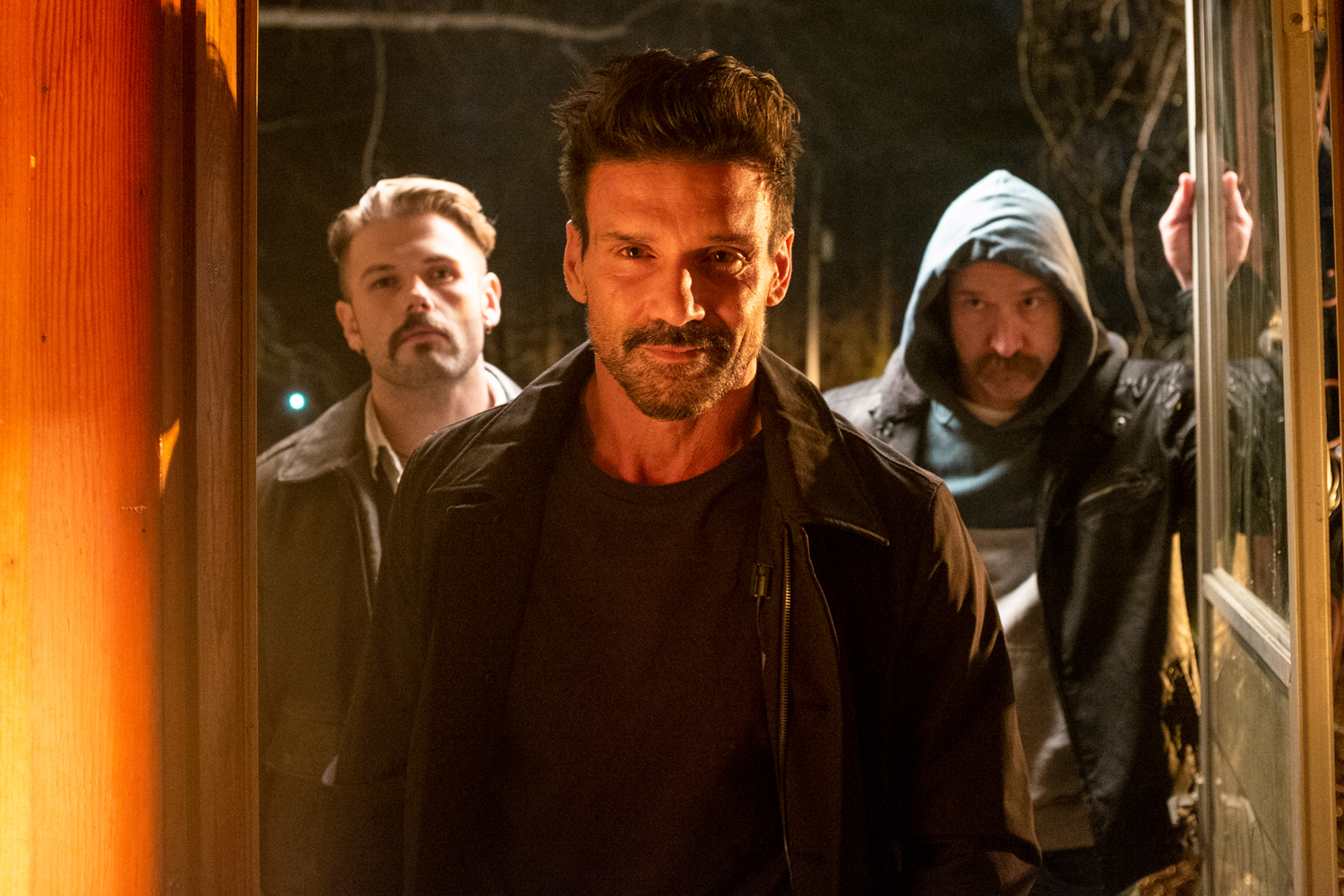 Aaron Harvey’s Into the Ashes is the latest in an increasing string of so-called country noirs set in the dilapidated backwoods of rural America, places ravaged by the opioid crisis and populated by jobless people long ago abandoned by politicians. It has little to distinguish itself, narratively or thematically, from similarly dour films, and it lets generic images of its rundown Alabama locale (rusted trucks, cramped houses, landlines in a wireless world) stand in as symbols of national decline without truly seeping into the complex social rot of the place. Its plot, of a reformed criminal forced to contend with his old gang leader over some stolen loot, is similarly superficial, hitting the typical beats of its genre.

Where Into the Ashes gets a boost is in its excellent cast of grizzled character actors, all of whom vibrantly express varying degrees of weariness and rage. Luke Grimes plays the erstwhile ne’er-do-well and ex-con Nick Brenner with the nervousness of a man who’s just learning to let go of his past and give in to hope. The man’s gruff, taciturn nature is leavened by his tender relationship with his wife, Tara (Marguerite Moreau), and he projects his faith in normalcy onto her. Nick relies so heavily on Tara for his emotional wellbeing that he anxiously calls home while on an overnight hunting trip just so he can hear her voice.

Equally human beneath a hard exterior is Nick’s father-in-law, Frank (Robert Taylor), the local sheriff whose intimidating Tom Waits-esque voice and stiff demeanor belie his fumbling, masculine attempts to welcome Nick into his family. Strongest of all, though, is Frank Grillo as Sloan, Nick’s recently paroled and vengeful boss. Grillo is at home playing big-fish-in-small-pond villains, and the actor makes the most of Sloan’s thin characterization, exuding psychopathic menace when Sloan confronts Nick in the latter’s home, drawing out every oblique threat as he circles the subject of the money that Nick stole from the crew’s last job before Sloan was sent to prison. Grillo expertly inflects even the silliest moments of sub-Tarantino dialogue with a disarming venom, such as an extended riff on pie and ice cream.

But if the actors are primed to explore the contours around a basic premise, Henry constantly pulls back from any moment that might give greater depth to his revenge tale. Women exist to be supportive and to become victims, while character-driven conversations between Nick and Frank devolve into asinine ethics debates over justifiable violence. Worst of all, there’s just no sense that the film is saying or revealing much of anything. There’s one moment where Into the Ashes achieves a touch of bleak grace akin to the work of Cormac McCarthy by skipping over the events leading to a shootout and focusing only on its grisly aftermath: bodies strewn about in puddles of blood that look like reflective pools of black ice in the pale moonlight. Then, not five minutes later, we get a flashback showing the lead-up to that carnage. As with so much else in the film, a haunting moment of elision is negated by literal representation.

Interview: Lynn Shelton on Honing Her Process for Sword of Trust