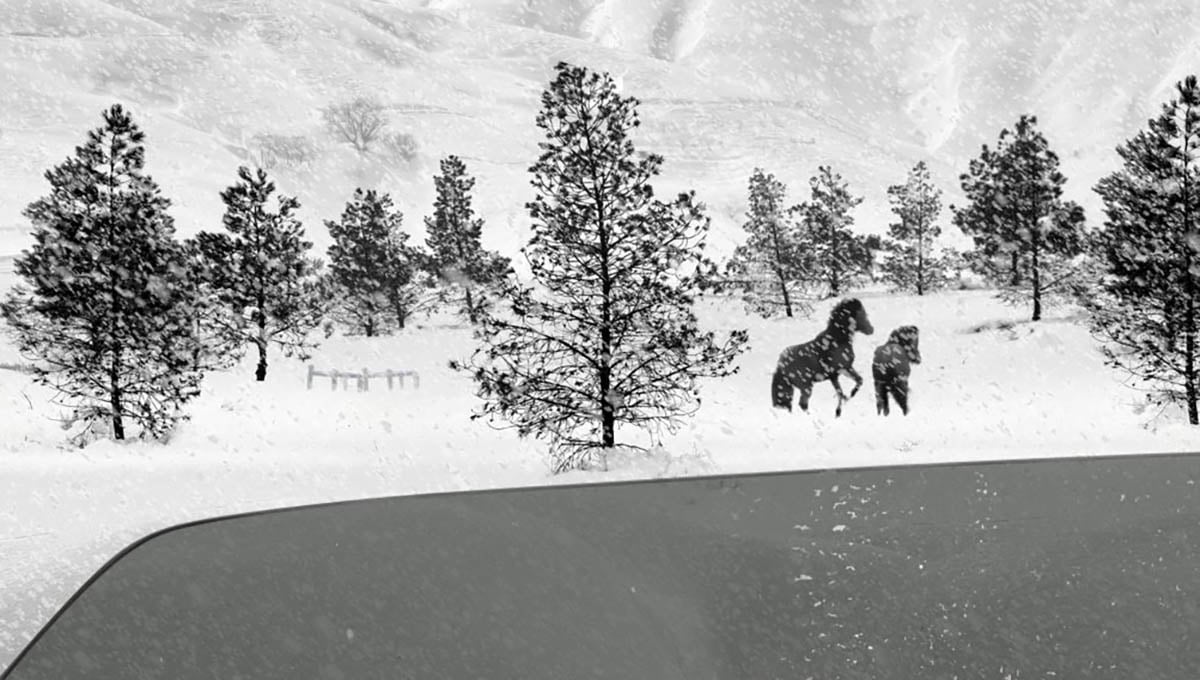 Mohammad Rasoulof’s slow-burn conspiracy thriller A Man of Integrity, a character study about one man’s quixotic struggle to get revenge or monetary compensation after his fish nursery is poisoned by an unnamed corporation, is defined by a righteous kind of fatalism. That tenor is apropos given that the film was shot by Rasoulof in secret, while he waited for his prison sentence of six years—later reduced to one—to be carried out.

Rasoulof’s films, among them the fable-like Iron Island and The White Meadows, have never screened in his native Iran, and maybe never will. They’re caustic yet lyrical allegories that dig deep into the filmmaker’s growing certainty that Iranian society is systemically corrupt and that the only people who try to live by a strict moral code in this context are bound to either regret their stubborn decisions or become crooked themselves.

Conversely, Abbas Kiarostami’s final film, 24 Frames, is more bittersweet than it is flat-out bitter. As Kiarostami passed away shortly before he could finish the project, a collection of four-and-a-half-minute tableaux vivants based on preexisting paintings and photographs, it was left to his son, Ahmad Kiarostami, to complete it based on notes that the auteur left behind. As in A Man of Integrity, a sense of impending doom hangs over 24 Frames, though it also exhibits a refreshing awe for life, and for the gentle passage of time.

Kiarostami himself explains, through an introductory title card, that he wanted to use green-screen technology to present a fictional account of what happened before and after the events depicted in the 19 photos and five paintings he chose for the film. 24 Frames’s two dozen sequences transpire without dialogue, and in real time. Mundane occurrences are presented through an artist’s discerning eyes. In one scene, the audience glimpses the silhouette of a bird as it perches outside a window before, some two minutes later, climactically taking flight. In another characteristically low-impact sequence, two lions paw at each other during a rainstorm. The male lion mounts the female, only to back off after he’s startled by the sound of distant thunder, leaving the female lion playfully rolling on her back.

Throughout 24 Frames, one grows more accustomed to the film’s gentle, naturalistic pace as each new scene plays out and common themes emerge, as in romantically isolated people and animals struggling to exist and feel free within a larger group. All the while, we glimpse and hear the passage of time in the gentle swaying of trees, and the repetitive chirping of birds.

By contrast, Rasoulof’s film is a densely plotted drama about the futility and devastating consequences of resisting the pervasive bribery, theft, and collusion that plagues modern Iranian society. Father and independent businessman Reza (Reza Akhlaghirad) spends much of his time trying to legally contest the unfair but legal obstacles that prevent him from suing the company that he knows is responsible for the poisoning of his privately owned pond. He wages a one-man war against Abbas (Misagh Zare Zeinab), a bullying neighbor and corporate saboteur, claiming—despite a lack of hard evidence—that the man destroyed his family business.

Reza is impractically stubborn, a quality that manifests itself through Askhlaghirad’s quietly furious eye twitches. Rasoulof spends a lot of time showing the various hoops that Reza must jump through in order to fight a company that has a town’s mayor, local police and banks, and other officials in its back pocket. Rather than just take a loss, or move away to a new neighborhood, Reza wages a personal war against forces that he, on a basic level, knows that he cannot defeat. Still, he takes out loans, risks prison, and tries to sell his mortgaged home in order to secure a little piece of mind. Reza doesn’t want to get his hands dirty, or stoop to his opponents’ level, but his uncertainty makes his desperate actions that much more relatable.

24 Frames and A Man of Integrity are extremely personal works by major artists who are each, in their own way, confronting the limits of their own agency. At the end of his life, Kiarostami made a fittingly awe-inspiring summation of his career-long use of uniquely cinematic techniques to capture life in all of its emotional variety. And with a prison sentence dangling over his head, Rasoulof made A Man of Integrity, a condemnation of the broken system that’s actively censoring him and fellow Iranian artists like Mohsen Makhmalbaf and Jafar Panahi. Where do you find beauty in your day-to-day life? How do you stay true to your principles in a debased society? Both films ask fundamental questions without proffering easy answers, only the thoughtful introspection that we’ve come to expect from two of contemporary world cinema’s most vital artists.

The Cannes Film Festival runs from May 17—28.

Review: Pirates of the Caribbean: Dead Men Tell No Tales