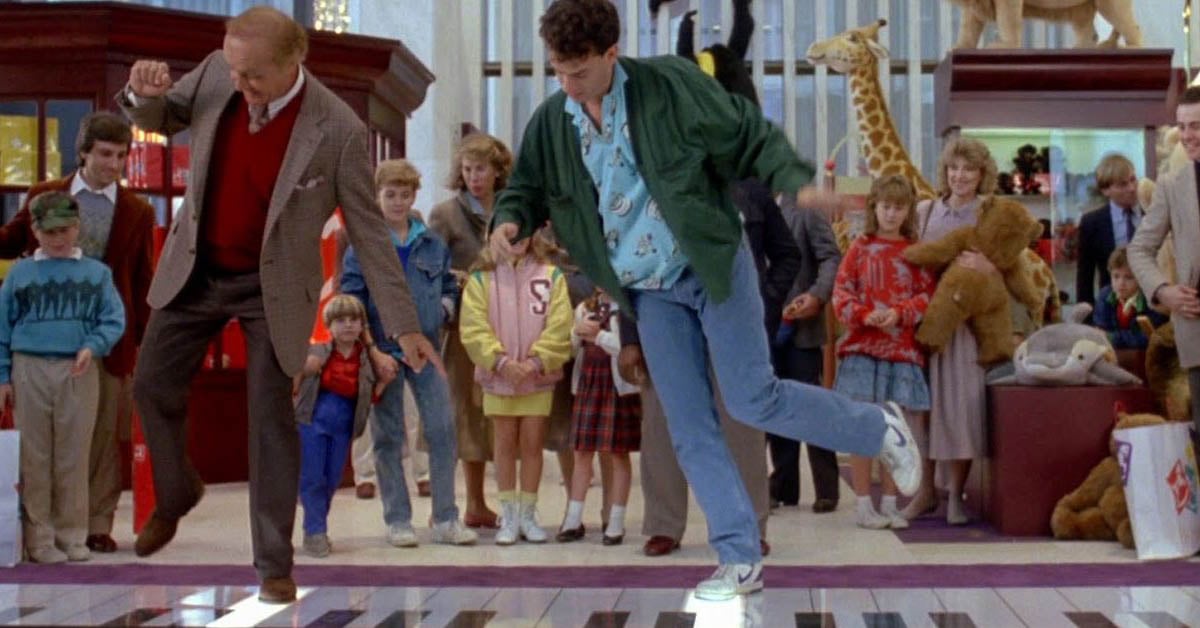 As a director, Penny Marshall has only made a few movies—and several, like A League of Their Own and Awakenings, rode her celebrity and the growing celebrity of her actors into some place of quick recognition within our minds. She was particularly good at grasping the core of that period in the ‘80s when Hollywood concerned itself perhaps a little too extra-naturally in the lives of babies, children, teenagers, and family. No director in that loosely defined genre was more witty, sweet, and inventive as Marshall, and no film remains as worthwhile as Big. Tom Hanks stars as 13-year-old Josh Baskin, who makes a wish on a creepy carnival machine and wakes up the following morning bordering on middle age. Philadelphia and Forrest Gump notwithstanding, this is one of Hanks’s great sanguine performances, nicely capturing the fear mixed with excitement that runs through his character. Marshall and writers Gary Ross and Anne Spielberg add much to the formula as well, constructing a simple storyline that both creatively addresses the questions the boy-as-man situation raises without overstating the device’s significance; only people with a sense of humor could get such brilliance out of the piano scene that has become an iconic movie moment of the decade. That great moment speaks to the believability and power of the film’s narrative ease. Paired with cinematographer and future director Barry Sonnenfeld’s low-lying camera angles that nicely keep the film inside this overgrown teenager’s point of view, it makes Big a consummate ‘80s film about kid-dom and growing old too fast.