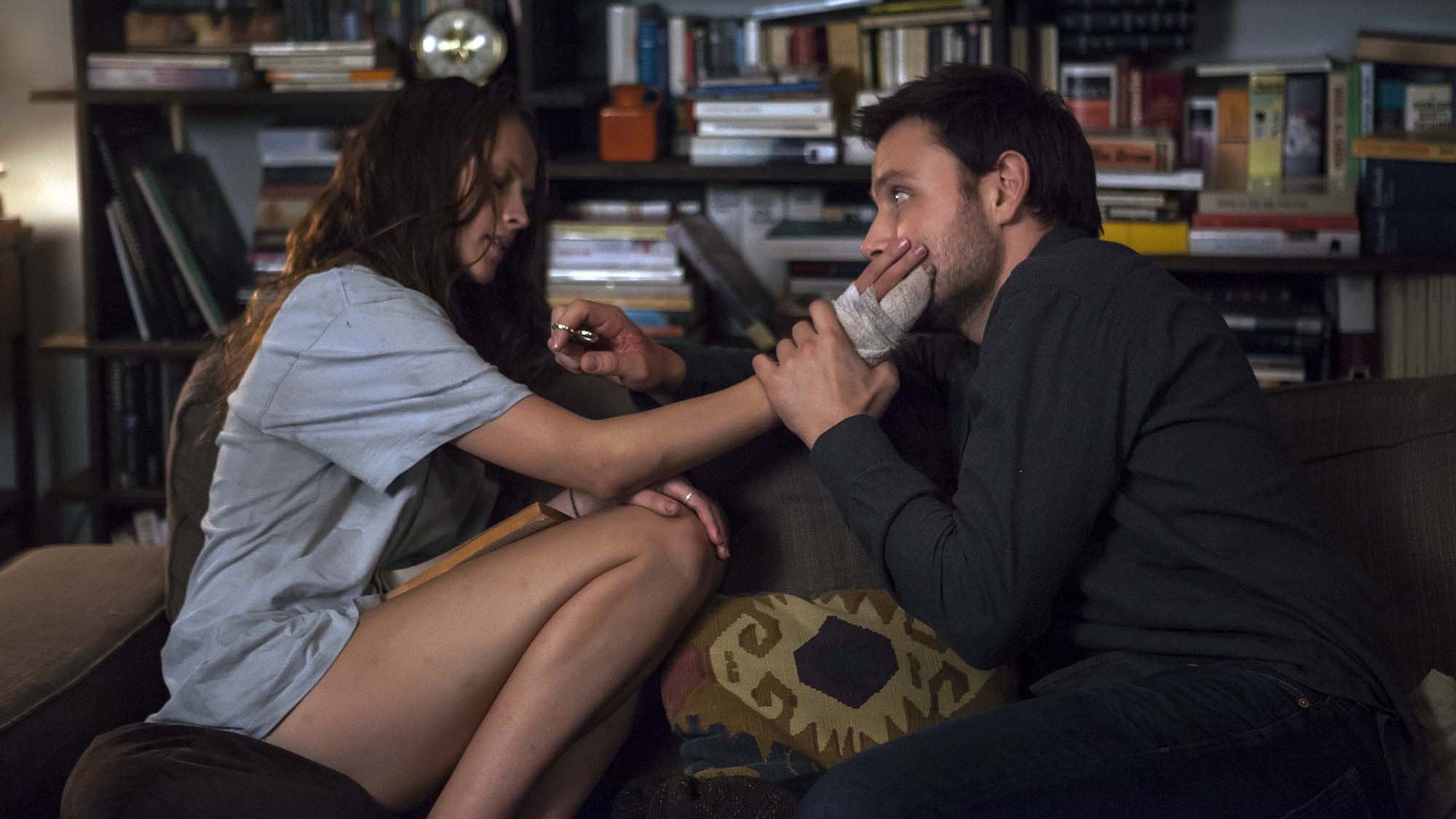 Australian director Cate Shortland’s Berlin Syndrome is a thriller about sexual confinement that’s remarkably clear-eyed about the limitations of its genre. From the moment that Clare (Teresa Palmer), a backpacking Aussie traveling alone in Berlin, meets a modest, handsome teacher, Andi (Max Riemelt), it’s evident that she’s seeking more from her travels than culture and adventure. She bites her nails and doesn’t speak unless spoken to, and her angular features perfectly mirror her warm but withdrawn personality. When Andi first touches her, Clare simultaneously shudders and breathes heavily, as if releasing years of reserve and anxiety.

The film never explains why Clare finds this encounter so cathartic. She and Andi discuss their interests—Klimt, photography, GDR-era architecture—but little about their pasts. Their chemistry is both intellectual and primal, and Shortland uses dim natural lighting, fractured close-ups, and a sparse yet brilliantly cerebral soundtrack by Bryony Marks to enhance its mysterious allure. Once their stark yet steamy courtship suddenly transforms into a relationship of captivity and dominance, Shaun Green’s screenplay (adapted from the novel by Melanie Joosten) pointedly refuses to dig into Clare’s background or relationship history. Now a prisoner, her life is arrested by circumstance until she finds a way out of Andi’s East Berlin apartment. Tucked inside a courtyard in a forlorn and otherwise abandoned building, her jail is heavily secured with an iron lock and double-paned windows.

The setting brings to mind Possession and Repulsion, but despite Berlin Syndrome’s nods to post-war trauma and its titular reference to Stockholm syndrome, its historical resonances are superficial. Shortland boldly uses Andi’s daily excursions to work to abandon Clare and investigate her captor. Andi, who was abandoned by his mother and is attached to his father, comes off as a shopworn Stasi officer in tweedy clothing; his vulnerabilities are exposed in his interactions with liberal female colleagues, and he reasserts his authoritarian tendencies at home, documenting his dominance over Clare by regularly taking Polaroids of her bruised, often half-naked body.

Along with her Spartan approach to suspense and atmosphere, Shortland’s deft touch with actors redeems the script’s baggy rationalization of Andi’s evil. Palmer and Riemelt use strains of reserve and angst to illuminate the sickening nuances of their cohabitation. Their performances are beautifully complementary: His menace is mundane but rigorously naturalistic, and her fear and anger are as fraught as her passion. Andi blankly stares at the newspaper and methodically prepares dinner every day after work, transforming his evil into something weirdly generic; Clare finds ingenious ways to simultaneously convey submission and independence, turning lurid photo shoots against him with willfully aggressive and provocative poses.

Until its hasty climax, the film is rewardingly patient and psychologically cogent. Berlin Syndrome tacitly acknowledges its disproportionate focus on Andi’s toxic masculinity by affording Clare the intelligence to weaponize moments lesser films would use to luridly wallow in her victimhood.