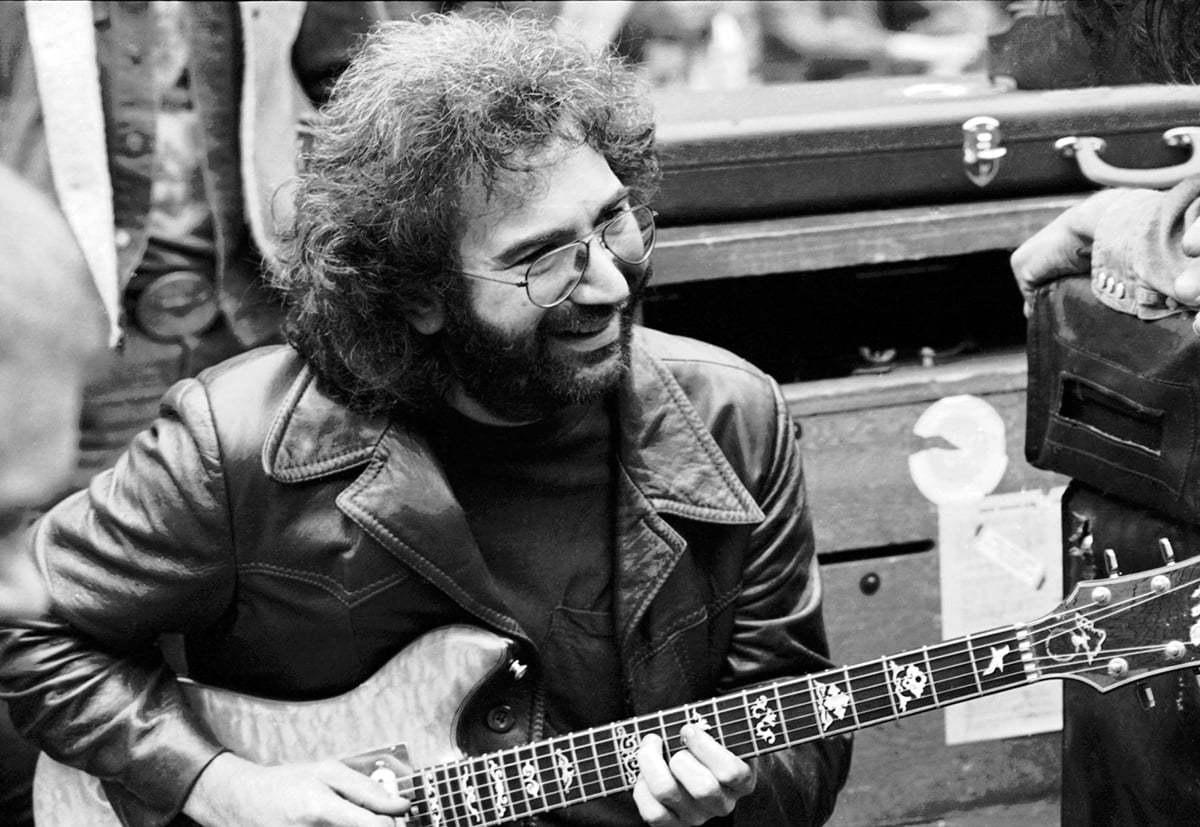 Amir Bar-Lev’s 238-minute documentary Long Strange Trip plays much like one of the Grateful Dead’s seminal live concerts: protracted and digressive, yet intricate in its design. The filmmaker effortlessly weaves together various narrative strands to create a sprawling, comprehensive look into the history of the band, their obsession with capturing the perfect live sound, as well as the phenomenon of the cult-like Dead Heads who relentlessly traveled from one Grateful Dead show after another across the country.

It’s evident that Bar-Lev, through the way he treats the creation and reception of significant songs and albums in the Grateful Dead’s oeuvre in an offhand manner, that he isn’t interested in offering a straightforward overview of the band—which is to say, to simply dwell on their important legacy-cementing milestones. Long Strange Trip instead unfolds as an epically mounted character study, focusing closely on the various, and distinctly American, personalities that not only shaped the Grateful Dead’s music, but also formed and sustained a way of life for them and their fans.

Throughout, Bar-Lev carves out specific moments for his subjects (via archive footage and interviews from many participants) that present each founding member of the Grateful Dead as multifaceted individuals with talent and imperfections in equal measure. Front and center is, of course, the great Jerry Garcia, whose grappling with immense fame also establishes the film’s concern with the tension between the private and the public, and the perils of living up to the person who fans think you are or expect you to be.

During the film’s latter half, which depicts the height of the Grateful Dead’s fame in the 1980s and early ‘90s, we glimpse how Dead Heads began to literally worship Garcia at concerts, regarding him as a sort of prophet. Bar-Lev uses this phenomena, after the exhaustive accumulation of details about Garcia’s personality outlined throughout the film, to expand on the singer-guitarist’s mindset at the time: Garcia’s staunchly anti-authoritarian leanings and laidback demeanor fueled his insecurity about his role as an unwilling and unofficial spiritual leader, leading to years of self-medication.

Long Strange Trip is without a narrator, so it’s up to its talking heads—almost all engaging and idiosyncratic storytellers with troves of personal stories and opinions—to reminisce about the Grateful Dead’s history. But Bar-Lev takes a novel approach to this conventional method: Occasionally crosscutting between two interviews shot at different times, he creates a running dialogue or argument between persons who were never in the same room, getting at how the truth about certain events related to the Grateful Dead’s past varies from individual to individual and as such will remain the stuff of legend.

The film is also unmistakably the story of America at a historically specific time period and as an allegory for disparate cultural backgrounds forming a theoretically utopian melting pot. Bar-Lev elaborates heavily on the context surrounding the 1960s, when the Grateful Dead was formed, and how the band was a product of the decade’s psychedelic drug culture and anti-conformist spirit. But he also shows the group’s founding members as representations of America’s musical roots, as Garcia, Ron “Pigpen” McKernan, and Phil Lesh came from bluegrass, blues, and avant-garde jazz backgrounds, respectively. The Grateful Dead’s grueling touring schedule, and the fans who followed them around and set up mini-communities at concerts, is even described as a search for America. The group, then, can be seen as a microcosm of the nation and its musical heritage, but through Bar-Lev’s exhaustive research, it becomes apparent that the Grateful Dead started out just as a band within a certain time period and became, like the ‘60s themselves, a state of mind.

Cannes Film Review: The Killing of a Sacred Deer