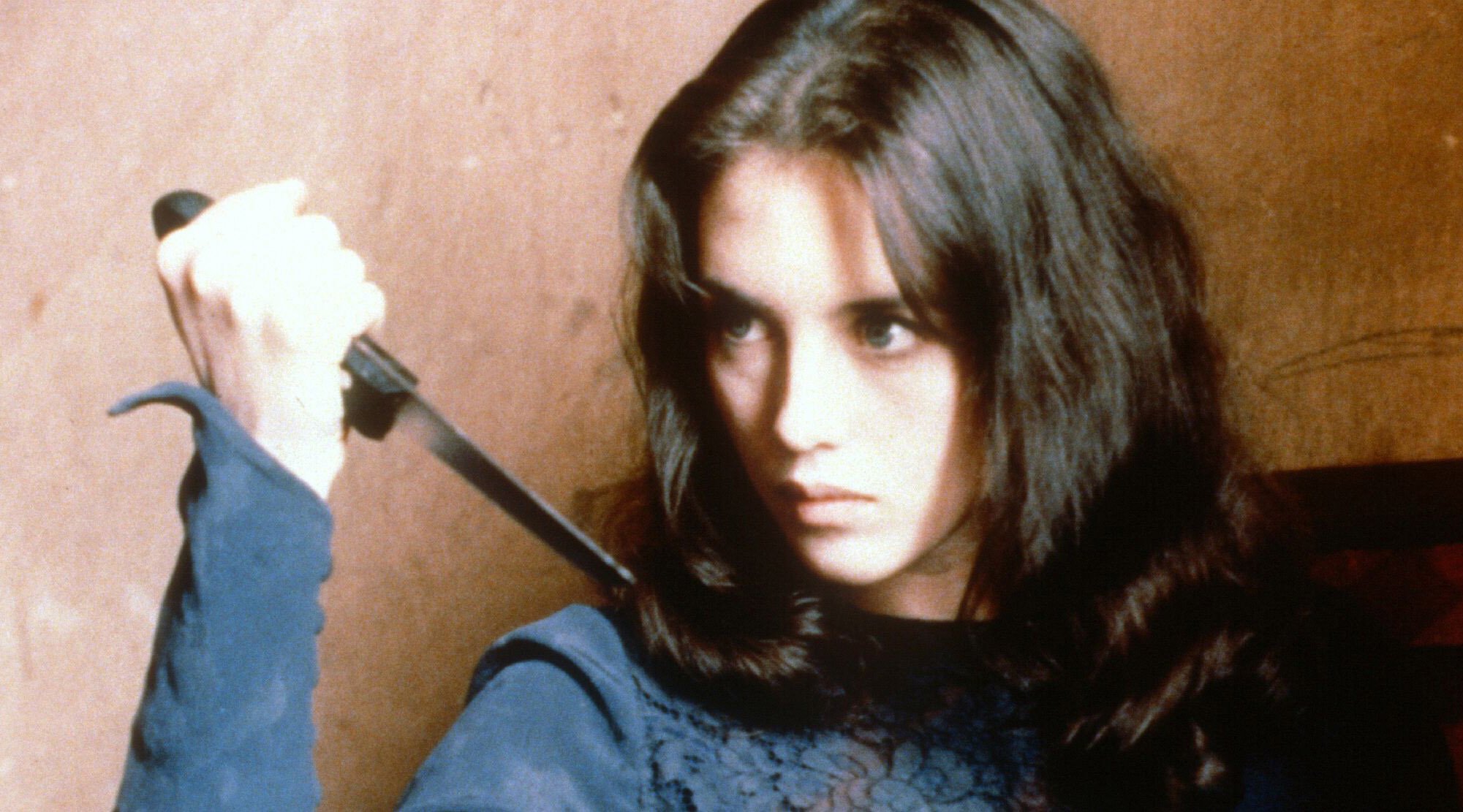 Andrzej Zulawski’s Possession was shot on location throughout West Berlin, hitting many of the same spots that Wim Wenders would later use in Wings of Desire. It also bears the benchmarks of an entity divided against itself. It’s certainly no coincidence that the film opens with shots of soldiers patrolling the Berlin Wall’s liminal no man’s land.

Divisiveness and duplicity are at the heart of Zulawski’s notorious cult film, and Possession’s dramatic structure is almost as schizoid as its protagonists, married couple Mark (Sam Neill) and Anna (Isabelle Adjani), whose relationship inexplicably comes apart: The film’s first half comes on like Scenes from a Marriage as directed by Lars von Trier and played at two times the speed, a lacerating depiction of disintegration both marital and psychological, while the latter half steadily morphs into Repulsion by way of David Cronenberg’s The Brood when Anna holes up in a rundown flat and proceeds to dispatch any man brazen enough to disturb her love-in with a tentacular monstrosity that she most likely miscarried months earlier.

Make no mistake, though, Possession bears its maker’s unmistakable stamp. From film to film, and regardless of the work’s generic pigeonholing, Zulawski tends toward the psychodramatic of a particularly philosophical, even metaphysical and theological, bent. Surrealism left its imprint on his temperament in a fashion similar to Roman Polanski. Both employ dreamlike imagery and black comedy, though effects maestro Carlo Rambaldi’s creature design owes more to H.R. Giger than anyone in its melding of the polymorphous, phallic, and purulent.

Since Possession’s release in 1981, critics have encountered enormous difficulty with its classification. Sudden bursts of bloody violence and slimy creature effects indicate a proximity to the horror genre, and the finale, with its car chases, explosions, and shootouts, seems to parody an action film. Other affinities have already been noted, but what’s most striking about Possession is that Zulawski embeds an extremely personal narrative, reflecting his own recent breakup with actress Malgorzata Braunek, in the midst of this eclectic hybridization.

Zulawski’s directorial style is equally protean. Bruno Nuytten’s inventive camerawork ranges from shaky and handheld in some of the more bruising confrontation scenes to fluid, elegant, and kinetic tracking shots that, if they weren’t shot with an actual Steadicam, certainly look to have been, following Mark and Anna through their apartment’s confined spaces in a manner that distinctly brings to mind Stanley Kubrick’s The Shining. At other times, Zulawski favors disorienting canted framing and distorted high- and low-angle shots. Andrzej Korzyński’s score follows suit, playing under some scenes with a mockingly romantic swoon and overtaking others with string-scraping glissandos and a haunting woodwind motif.

When it comes to his actors’ performances, Zulawski clearly prefers the hysterical-histrionic type. Heinz Bennett, who plays Heinrich, a free-love advocate and initially the other man in the film’s ménage-a-trois until Anna abandons him for Tentacle Boy, performs both his Aquarius Age monologues like a wigged-out Sufi poet, dervish-whirling and bouncing off walls while delivering lines like “I’ve come to discuss swapping roles in this vulgar structure, the triangle” and “It’ll take me a long time to restore my harmony!” Adjani and Neill often play for the nosebleed seats even while Zulawski keeps the camera claustrophobically close to their anguished faces. Which isn’t to say that either actor lacks nuance or depth. Both Mark and Anna are wrung through an emotional wringer, and Neill and Adjani convey an astonishing range of emotional responses—and lack thereof. Adjani specifically has gone on record to say it took her several years to recuperate from her performance in Possession.

Many directors have taken full advantage of Adjani’s exotic, ethereal French beauty but only Zulawski saw beneath the surface to something unsettling. Most disconcerting is the way that Adjani can register almost demonic ill intent while never losing some trace of the alluring. Then there’s the astounding scene in a subway station: Having just left a church where she whimpered and silently pleaded for some kind of surcease from a crucified Christ, Anna goes into full freak-out mode, smashing her grocery bag against the wall and then writhing and flailing around in the congealing liquids and foodstuffs, before going into mock labor (or maybe it’s one of those epileptiform seizures), adding menstrual blood to the fluidic equation.

In much the same way that Possession blurs and blends genres, it also inextricably entangles the personal and the political, so that Mark and Anna’s untimely end atop a baroquely wrought spiral staircase seemingly triggers nuclear apocalypse, and the film ends on a fittingly ambiguous note: As sirens blare and the lights dim, Mark’s newly minted double (which is the creature’s evolutionary outcome), tries in vain to gain entry to the apartment where Anna’s own doppelganger directs her feline green gaze into the camera eye.