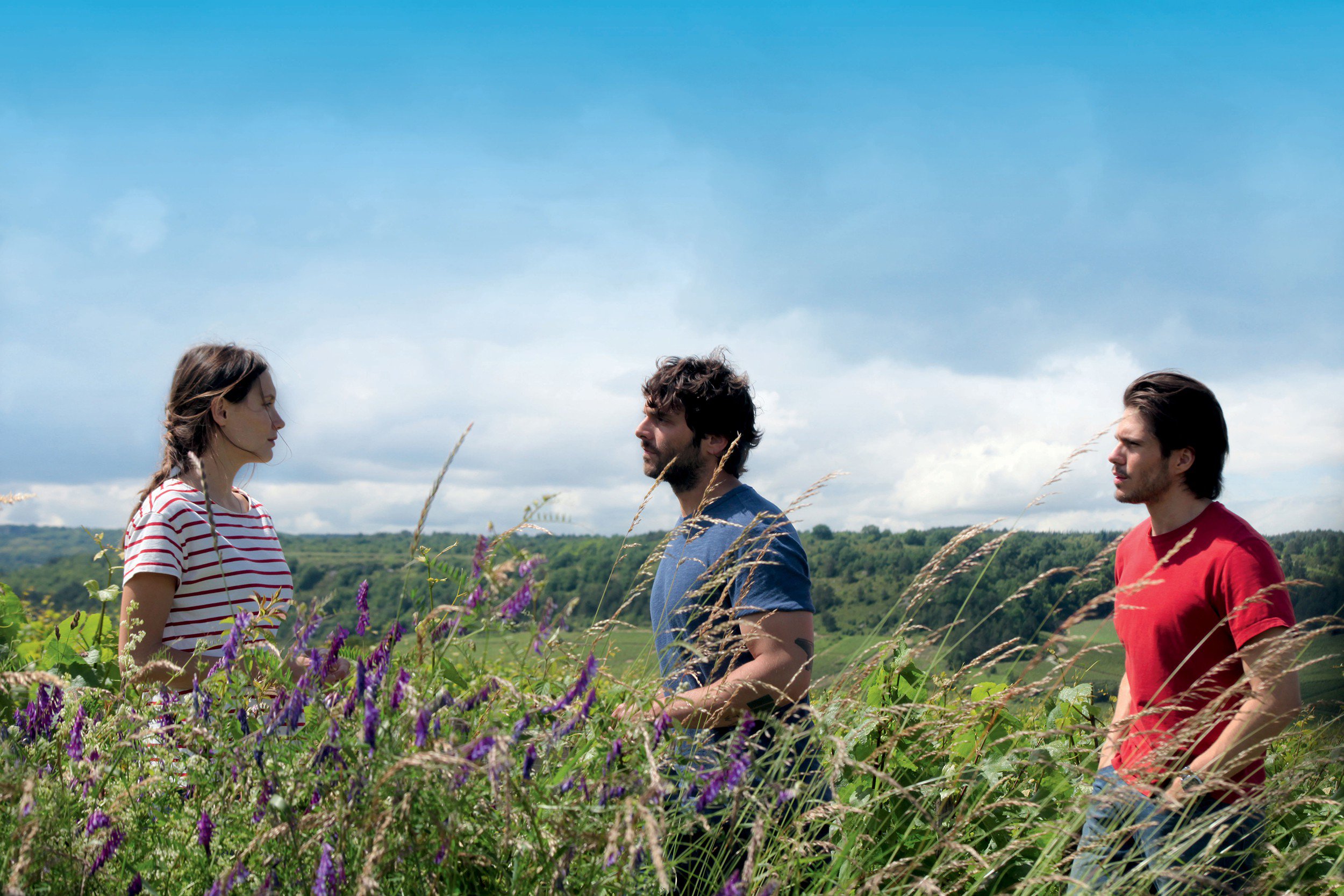 The past is so profound a force in Cédric Klapisch’s Back to Burgundy that it essentially becomes the guiding influence on the actions of its main characters. After 10 years abroad in Australia, Jean (Pio Marmaï) returns to his family home in French wine country to care for his ailing father alongside his sister, Juliette (Ana Girardot), and brother, Jérémie (François Civil). Once the father passes, the siblings must work through their fraught relationships and decide if they should sell the family vineyard to pay off a hefty inheritance tax—even if doing so, they feel, would dishonor their father’s legacy.

Klapisch sometimes collapses time in various ways to articulate Jean’s conflict between hanging on to the past and letting go of it: In moments of reflection, the thirtysomething mingles with the ghosts of his and his father’s younger selves (Éric Caravaca, as the father, is mostly seen in flashbacks). But such moments are the extent of Klapisch’s playful use of time in the film, whose central thesis is subsequently outlined far more unsubtly via Jean’s pointed voiceover and melodramatic interactions with this siblings.

Fittingly, Klapisch portrays wine as eliciting a Proustian recall throughout Back to Burgundy, specifically memories of Jean and his brother and sister learning the trade of winemaking from their strict father and subsequently rebelling against the man’s rules. Klapisch correlates wine’s complex arrangement of flavors to the complexity of memory itself, which, it should be said, is the most nuanced of the filmmaker’s wine metaphors. After Lucia (María Valverde), Jean’s girlfriend and the mother to his child, comes to France in an attempt to repair their failing relationship, a quiet moment between them leads Jean to ponder in an almost laughably on-the-nose monologue that the process of love is like that of wine, and that it needs time to, yes, ferment.

Though the film extensively details Jean’s wanderlust lifestyle and Jérémie’s family life with a new baby and frequent clashes with the father-in-law who wants to buy the vineyard, it leaves Juliette feeling like a cipher. The closest the film gets to anything resembling an outline of the sister, who’s ostensibly in charge of the season’s wine production, is in a dubious scene that strips her of agency: Observing Juliette from a distance as she flirts with a grape harvester, Jean and Jérémie jokingly narrate what the pair must be saying to each other. The three siblings may all be struggling with tradition and the fate of their winery, but Back to Burgundy is frustratingly content to ensure that Juliette’s unique personal experience never lingers in the mouth.