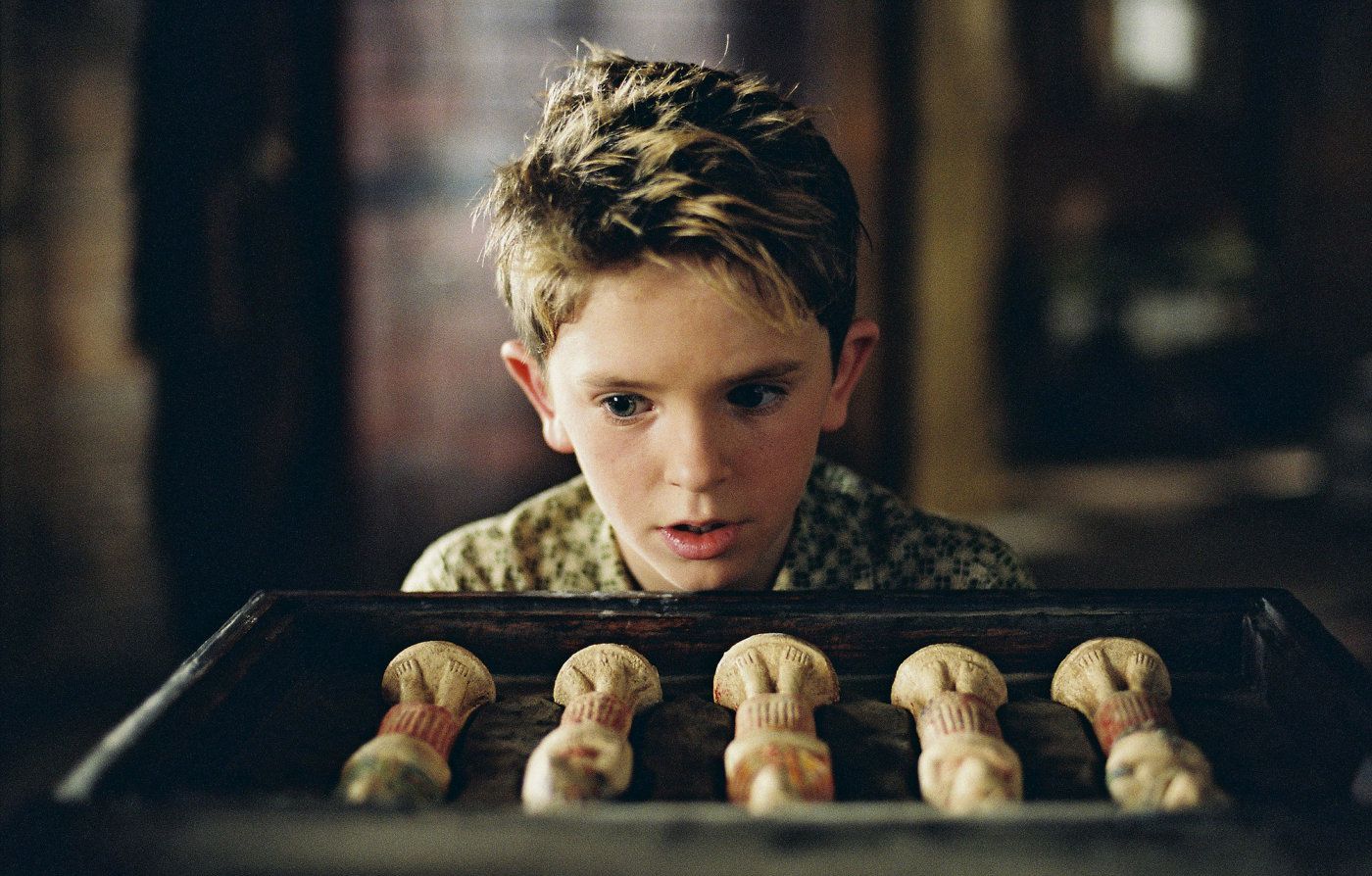 Luc Besson’s Arthur and the Invisibles clears the smog left behind by the year’s dubious family entertainments. The film’s running time—snipped from a reported 103—points to Harvey Weinstein, but the message of this spiritual-minded animation never feels compromised. The breathless staccato editing does not allow for very many pauses between dialogue and a character’s thought and subsequent action, mirroring the breathless quest of a lonely young boy, Arthur (Freddie Highmore), to save his grandmother’s house by finding the miniature land of the Minimoys his missing grandfather warmly charted in vivid water colors throughout the pages of his journals. A Shakespeare quote is the first of many clues that will lead Arthur to a telescope-cum-portal whose lenses represent a holy trinity of promise. When body, spirit, and soul come together, Arthur is shrunk to a pint-sized version of himself, entering the cartoon world of the Minimoys to defeat the evil M (David Bowie) with the help of Princess Selenia (Madonna), two days shy of her millennium birthday, and her little brother Betameche (Jimmy Fallon). The film’s live-action scenes have a splendiferous cartoon wonder about them, just as the cartoon elements are remarkably lifelike, meaning the story’s real and fantasy realms immaculately blend into one another. Like Arthur’s grandfather, Besson is always harnessing image and light, playfully contrasting truth-seeking elements from both of the film’s worlds (note the parallel between the lantern Arthur’s desperate grandmother hangs from her front porch and the floating creature that acts as a nightlight for Arthur, Selenia, and Betameche when they go to sleep inside a flower). There is a journey down a river inside a straw, a chase sequence involving a toy Ferrari, and an off-the-hook battle sequence atop a record player that blasts, among other tunes, “Lonesome Town” and “Stayin’ Alive.” Always summoning our consciousness and making known that it has the survival of its human and nonhuman characters alike, Arthur and the Invisibles ends hopefully, but not before Mia Farrow ushers a bad guy out the door with some espresso.

5 for the Day: Countering Christmas Cheer

Review: The Case of the Grinning Cat