My English teacher once told us that Dickens got paid by the word, and in A Christmas Carol, it shows: Dickens spends a ridiculous amount of time telling us Jacob Marley is dead. “You will therefore permit me to repeat, emphatically, that Marley was as dead as a door-nail,” writes Dickens. Two paragraphs later: “There is no doubt that Marley was dead.” A page later: “Mr. Marley has been dead these seven years.” We get it, Chuck! Dickens may have rambled on and on, but he also blessed us with the character whose name conjures up images of rebellion against the syrupy sentimentality of Christmas. That’s right, Dickens invented Billy Bob Thornton.

Wait! I mean Ebenezer Scrooge! In all his appearances (Alastair Sim, Albert Finney, Michael Caine, Scrooge McDuck, and my personal favorite, Mr. Magoo), Scrooge had nothing but humbugs for those who tried to impose their cheery holiday will. Today’s Five for the Day honors Mr. Scrooge’s tradition; it is the antidote to all that Christmas cheer: the gloppy Hallmark Channel specials, the radio stations that play 24 hours of Christmas music, and the store ads that sweet talk you into thinking that, if you buy that diamond, your woman might give your candy cane a licking worth $2,500. Here are five items that use icons of the Christmas season to satisfy the Grinch in all of us.

1. Silent Night, Deadly Night(1984): What happens when you get the writer of Gentle Ben and In Search of Historic Jesus to pen a movie about De Lawd’s nemesis, Santa Claus? If it’s the height of the 80’s slasher movie craze, you get Silent Night, Deadly Night. Writer-director Charles E. Sellier Jr.went from Grizzly Adams to Grisly Axes with this film, which features Santa putting Craftsman tools in the stockings (and necks and heads and backs) of the naughty. One unfortunate victim (scream queen Linnea Quigley) gets impaled on deer antlers. The movie is notable only for its commercial, which played on TV during the family friendly 8 PM hour. The first shot showed Santa Claus chopping down a door with an ax before going after a plethora of victims with Christmas lights, axes and knives. Parents’ groups freaked out, and the commercial was pulled, but not before my mother found another tool in her arsenal for getting my younger siblings to behave. “That’s what Santa brings you if you’re naughty!” she told my sister.

2. Phoebe Cates’ “how I found out there’s no Santa Claus” monologue from Gremlins: Most of my generation remembers Mrs. Kevin Klinefrom that scene in Fast Times at Ridgemont High. Some may also remember her as the beneficiary of the best thing Chris Columbusever did. Late in Gremlins, Cates gives a long speech about the night Santa Claus came to town. He didn’t have an ax, but he also didn’t have coordination: he broke his neck sliding down the chimney. The speech on paperis morbid beyond repair, but Cates’ delivery makes it a hilarious “where the fuck did that come from?” moment.

4. South Park’s The Spirit of Christmas: There are two versions of this, but the one I referenceis Santa vs. Jesus. (Told you they were nemeses!) The two get into a fight over the rightful owner of Christmas, while the soon-to-be-famous four little scamps from South Park get confused over whom they want to win. Jesus does Street Fighter video game ha-do-ken moves and Santa has a mouth like Andrew Dice Clay. At the end, Stan sums up the real meaning of Christmas: “Presents!”

5. Sloshed Santas: In my favorite Christmas movie, 1947’s Miracle on 34th Street, Edmund Gwenntakes over for the shitfaced Macy’s Santa that Maureen O’Harahired for the Thanksgiving Day Parade. Since then, Santa has appeared in more drunken incarnations than Tara Reid, which explains his constant jolliness. With apologies to you-know-who, my favorite sloshed Santa takes the guise of Dan Aykroyd in Trading Places. Aykroyd’s Santa crashes a Christmas party, steals food, eats part of his filthy beard, pulls a gun, drinks like a fish, plants drugs, gets caught in the rain, pissed on by a dog, and attempts suicide twice, all in the space of 12 minutes. I felt sorry for Dan, and it was said that the Odienator’s heart grew three sizes that day. 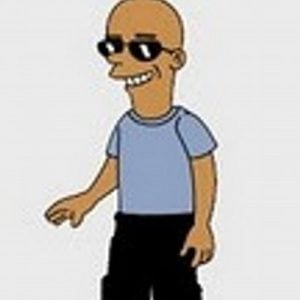 Review: Arthur and the Invisibles