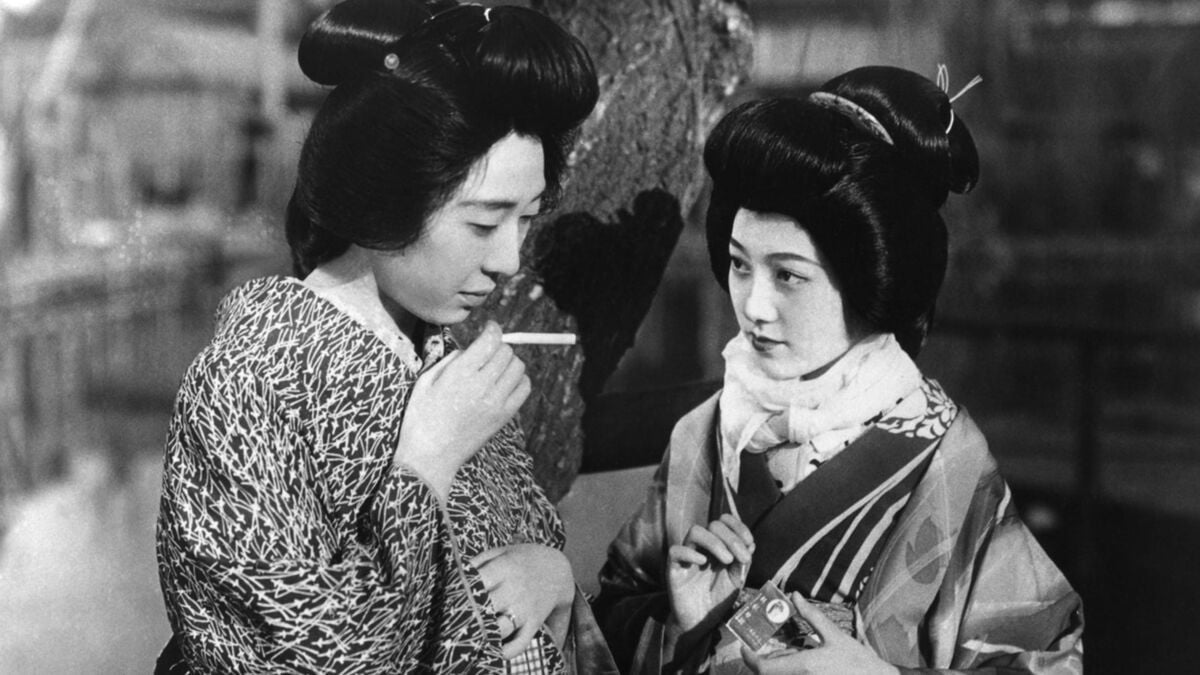 In Apart from You, writer-director Mikio Naruse repeats several of the superficial stylistic flourishes of his previous film Not Blood Relations, accentuating the narrative’s overly melodramatic turns of plot with flashy camera movements that effectively reiterate and replay the film’s themes on an ad nauseum loop-de-loop. Yet it is nonetheless a much more focused and sustained work, bearing some evidence—via several beautifully visualized superimpositions—of the director’s developing interest in character psychology. Little surprise, as attested by the films to follow, that it is Apart from You’s female characters who are most vividly realized, yet this unfortunately creates something of an imbalance as the film primarily focuses on caricatured male lead Yoshio (Akio Isono), a delinquent teenager who comes to love and eventually lose Terukiku (Sumiko Mizukubo), the young woman in the employ of his geisha mother Kikue (Mitsuko Yoshikawa). At certain moments Yoshio comes off as a romanticized Narusian auto-critique, an adolescent precursor to the lacerating male alter ego in the director’s great Anzukko. More often he’s just two-dimensional deadweight diverting attention from his more intriguingly shaded female counterparts whose soulful sufferings for their gentleman cipher’s protracted and hollow redemption take precedence over their occasional, welcome detours into insightful and nuanced personal backstory. Apart from You is finally all frustrated anticipation, nowhere more evident than in the climactic train station farewell, a sequence that plays out along all the expected, semi-effectual dramatic lines, yet suffers immeasurably when considered in light of Naruse’s twilight masterpiece Yearning wherein a similar, emotionally heightened departure is subversively and devastatingly reworked.

Review: I Love Your Work

Review: Far Side of the Moon