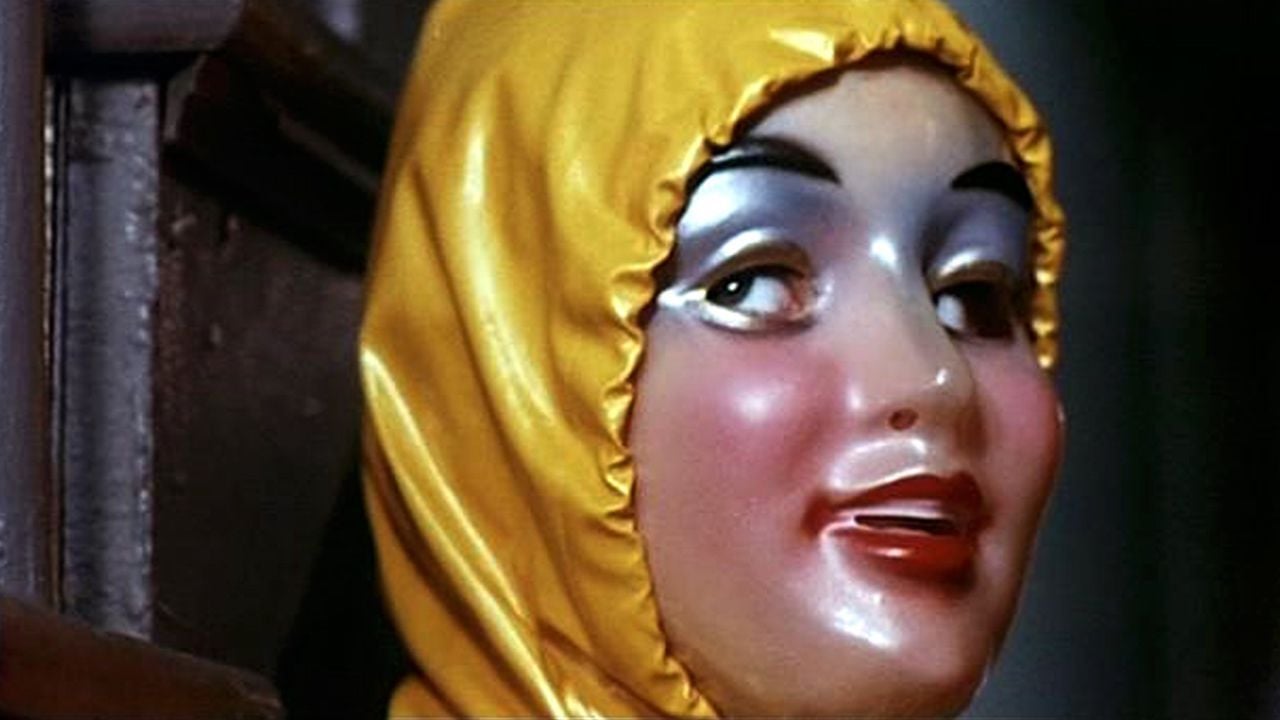 The story of a 12-year-old girl, Alice (Paula E. Sheppard), who may have killed her younger sister (Brooke Shields), Alice, Sweet Alice conflates the angst of adolescent sexual development with the fury of Catholic retribution, suggesting at times an analog version of David Fincher’s Se7en. It’s a dangerous combo, and it’s all over the fierce confrontations between the film’s characters and director Alfred Sole’s surprisingly formalist compositions. Indeed, there isn’t a scene in the film that doesn’t suggest a face-off between man and God—by my count, there’s only a handful of shots that don’t have a cross or statue of Christ passing judgment from some wall or corner of a room. Possibly the closet American relation to an Italian giallo, the film is head-trippingly hilarious (Jane Lowry, as Aunt Annie, may be the nuttiest screamer in the history of cinema) and features some of the more disquieting set pieces you’ll ever see in a horror film. It’s a strange brew, which is why—despite its considerable cult following—the film has never gotten the critical attention it deserves. Sheppard, who would go on to appear in 1982’s Liquid Sky as the scene-stealing Adrian (in which she got to spew the classic knee-slapper, “Shut up before I cut your face and nobody’s gonna want to fuck your ugly cunt!”), was actually 19 years old when she made Alice, Sweet Alice, and though you’d never know it from the way Sole frames the girl, her age is all over the world-weary fury she brings to the role, nowhere more unnerving than Alice’s many smackdowns with her obese downstairs neighbor, scenes that imagine what it must be like if Willy Wonka’s Veruca Salt ever butted heads with Marlon Brando’s Doctor Moreau.