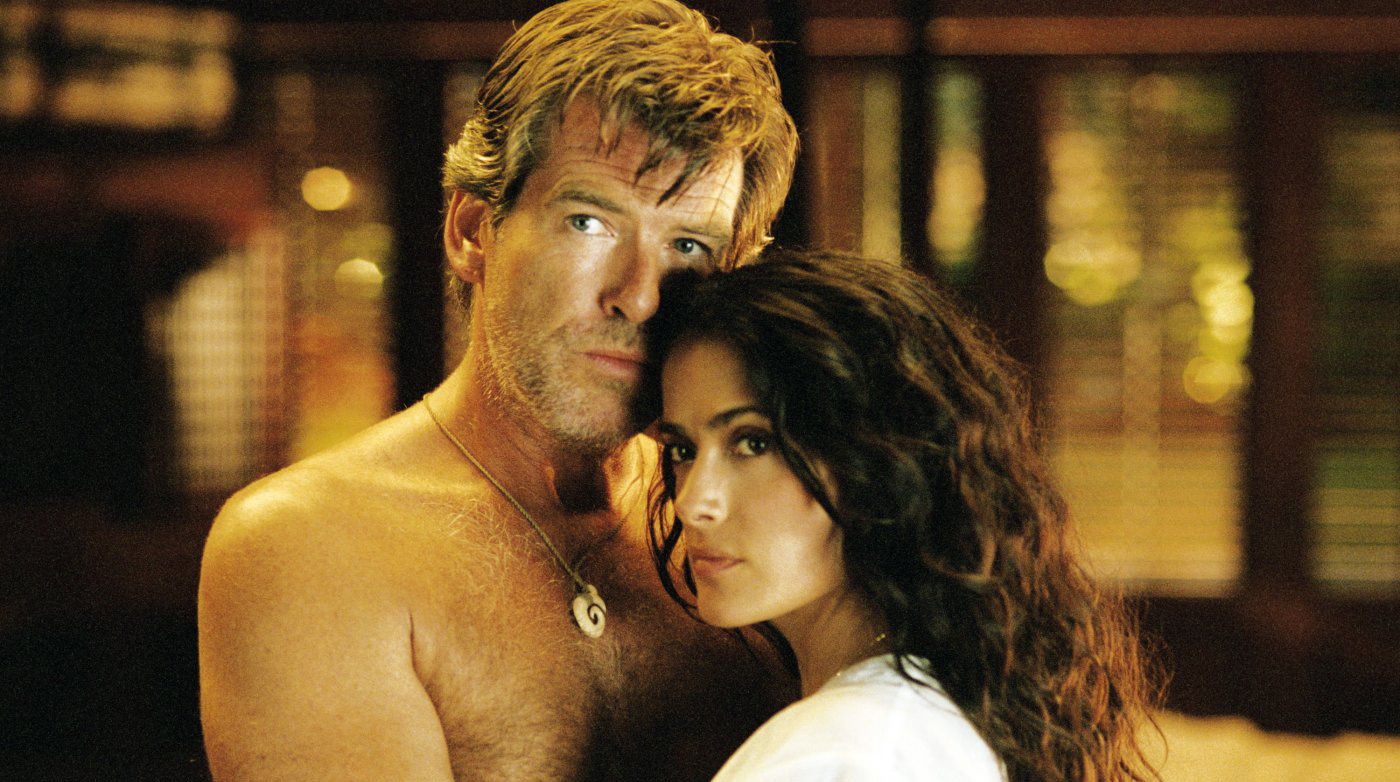 At what point after a film is greenlit does a movie exec turn to the filmmakers and demand an intimate “homo” moment between the screenplay’s straight dudes? In Shall We Dance?, Richard Gere and Stanley Tucci are caught dancing together in a bathroom, but by some weird telepathic communication are able to work together to convince a man that Tucci’s character is in need of an ambulance. In the upcoming Hitch, Will Smith (who refused to smooch Anthony Michael Hall in 1993’s Six Degrees of Separation because he didn’t want to “gross out” his fanbase) kisses a man under the guise that he’s teaching him how to score with a chick. And in Brett Ratner’s After the Sunset, Pierce Brosnan and Woody Harrelson not only rub suntan lotion on each other but also get to share a bed. Audiences laugh at gay-panic scenes in the movies because they’re unconsciously reminded of their sexual hang-ups. From lisped characters to thoughtless prison-sex jokes, these scenes continue to prevail in bad Hollywood films because filmmakers know they elicit laughs. Good for a studio’s market-researched drivel, but bad for the community—both straight and gay. Illuminating sexual hang-ups is not on the mind of someone like Ratner, who sells the possibility of gay sex to straight audiences and in turn reinforces all sorts of homophobic attitudes. Of course, After the Sunset’s only insult to movie culture isn’t the way it disguises fear as comedy, it also has the audacity to con audiences with a script seen a million times before. A Caribbean-styled version of The Thomas Crown Affair (like, say, The Big Bounce), this humorless heist flick casts Brosnon as a retired jewel thief who may or may not be trying to steal some diamond that belonged to Napoleon and Harrelson as the F.B.I. agent who wants to catch him in the act. (Don Cheadle is the island paradise’s great black hope, who claims to be concerned with the welfare of his people but who seems more interested in turning supermodels into household pets.) The non-stop gay-panic (what’s with the drag show aboard the film’s cruise ship?) and witless repartee (some guy says, “My family’s been in manure for 30 years,” to which Pierson replies, “No shit.”) is interrupted from time to time by Salma Hayek’s breasts and ass, which get more screen time than the actress’s face. Misogynistic to the core, there’s actually a scene in After the Sunset where a woman happily allows her lover to have his two-minute orgasm. You get a sense real quick that this film is tailor-made for exactly that kind of man. But who am I to judge? Like someone in the film says, “Interrupting a man’s leisure is harassment.”