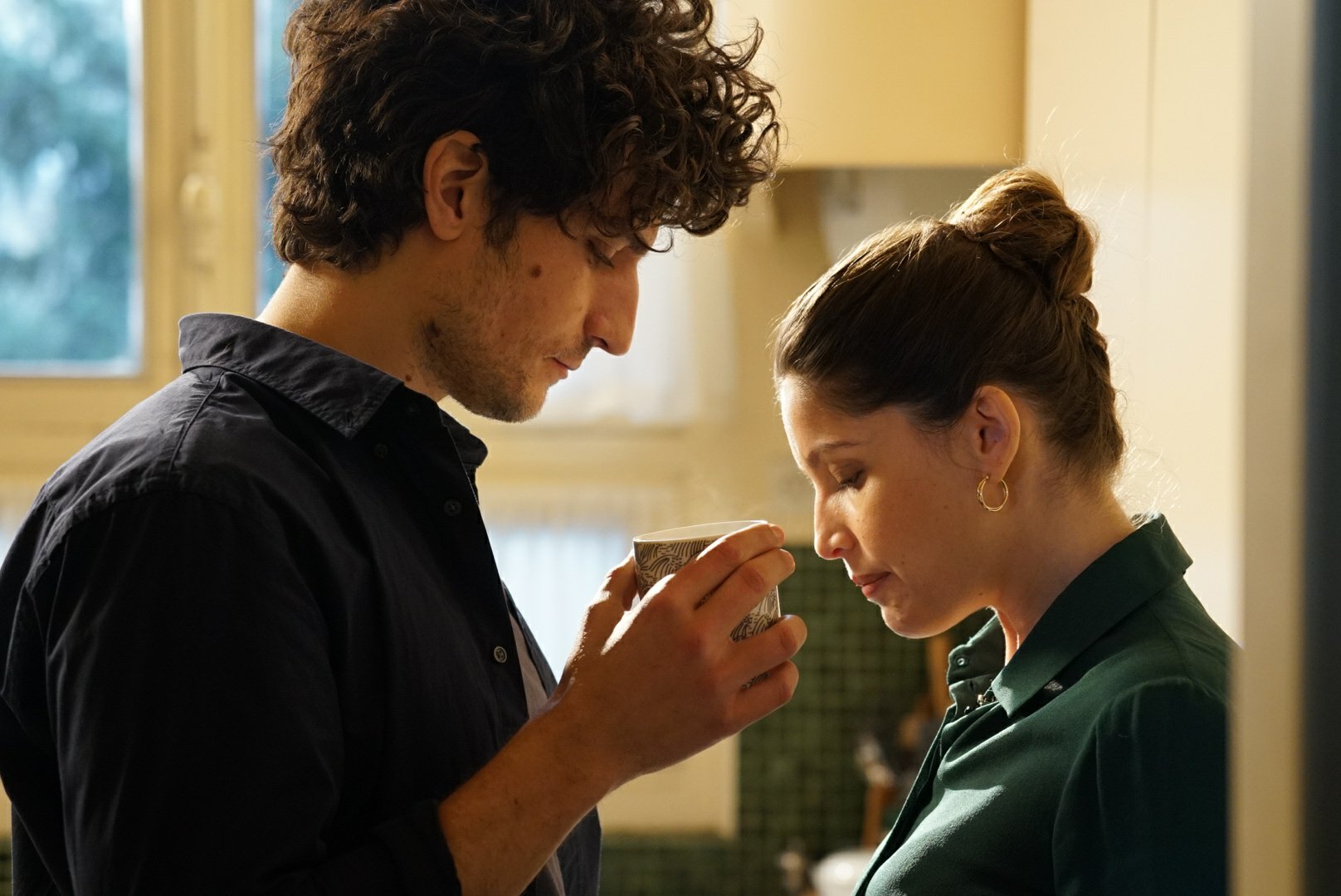 From its plainly declarative title to its narrative’s multitude of infidelities, A Faithful Man comes off a bit like a wry subtweet at director Louis Garrel’s father, Philippe Garrel, whose filmography is packed with stories of men cheating and women being cheated on, many modeled on his 10-year relationship with pop icon Nico. The twist here is that A Faithful Man is pretty solidly a comedy—and that the beautiful women in the film, rather than the aloof, debonair male artist, are initially the ones with the most sexual agency.

The film begins with a funny, perfectly played sequence that sees Abel (Louis Garrel), a journalist, in shock after his longtime partner, Marianne (Laetitia Casta), informs him that she’s pregnant and that the baby belongs to his best friend, Paul. Flash-forward some years and Abel receives news that Paul has died, and soon Abel is reconnecting with Marianne. The pair resumes their romance, but they endure much distraction, as Marianne’s now eight-year-old son, Joseph (Joseph Engel), starts planting ideas in Abel’s head that his mother poisoned Paul, and Paul’s younger sister, Eve (Lily-Rose Depp), pursues her own romance with Abel.

It’s to Louis Garrel’s credit that there’s actually a great deal more of the kind of screwball spirit of an Arnaud Desplechin film in A Faithful Man than there is the dour self-seriousness of the elder Garrel’s body of work. The younger Garrel has had the chance to show off his comedic chops before, notably in Christophe Honoré’s playful Love Songs, Michel Hazanavicius’s woefully misjudged but well-acted Godard Mon Amour, and Arnaud Desplechin’s own recent Ismael’s Ghosts. And the actor is especially good in A Faithful Man’s early scenes, when he seems to depart from his usual character type and play a born romantic loser.

Eventually, A Faithful Man starts to shift the balance of power away from its strong-willed and passionate women, succumbing to the allure of conceited self-centeredness that runs through the older Garrel’s work. The film’s latter half revolves around a “war” between Marianne and Eve, with the generally affectless Abel as the prize. And this competition for his love sets the stage for a breathless romantic declaration that feels not only trite and emotionally hollow, but dispels the illusion that A Faithful Man is Nouvelle Vague-adjacent by virtue of the Garrel family name—and by the participation of co-screenwriter Jean-Claude Carrière and cinematographer Irina Lubtchansky. Finally, the film reveals itself as neither committed Nouvelle Vague subversion nor skillful homage, but rather a weak and uninspired imitation.

Review: The Ballad of Buster Scruggs