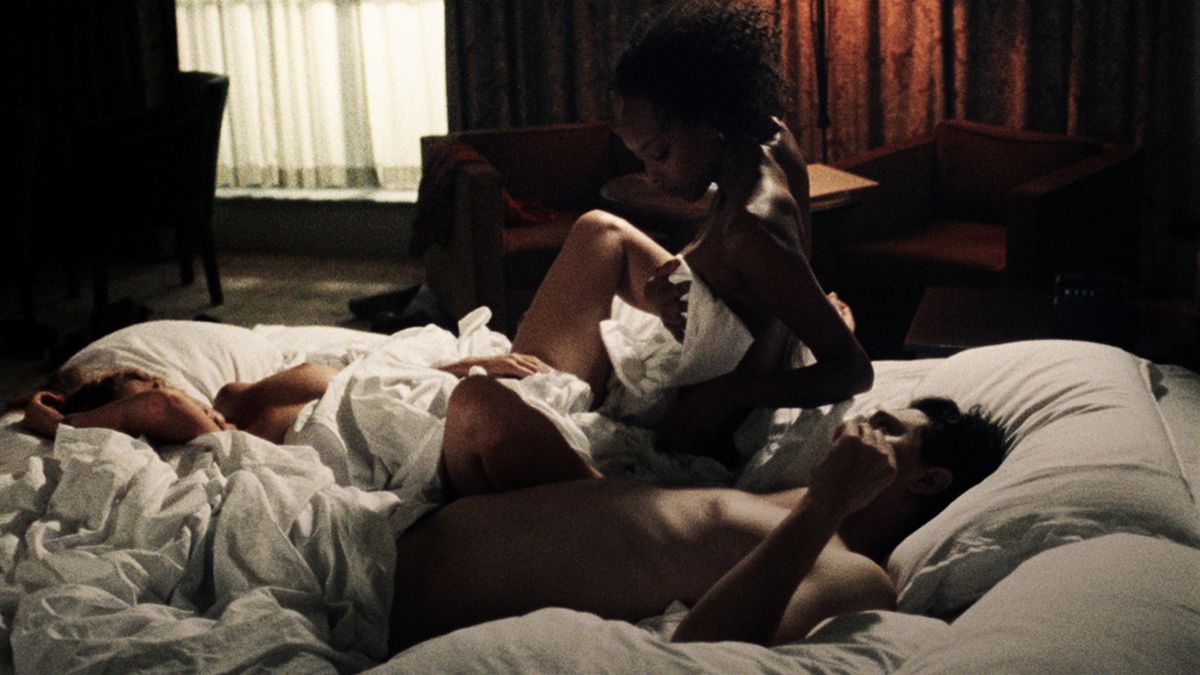 A contemplation on alternative modes of togetherness for the 21st century, Alexis Llloyd’s 30 Beats follows 10 New Yorkers who’ve learned to successfully defend themselves from the cruelty of monogamous expectations. Or so it seems. Jealousy gives way to non-committal curiosity, lovers become clients, and unspoken rules take the shape of pragmatic contracts (sometimes read out loud before sex): no cuddling, no pillow talk, no meeting in public, and no sleeping over more than once a month.

One would normally have to go to a bath house or sex club for this kind of arrangement to be a given until proven otherwise, as it is in Cheryl Dunye’s recent Mommy Is Coming, a brilliant Bruce LaBruce-esque fantasy in which even the penis is free to circulate from woman to woman as a strap-on for whoever happens to be in the mood for topping. In Lloyd’s film, however, desire’s transience doesn’t need controlled environments; the entire city is fair game for these networks of disposable intimacy, and post-coital awkwardness nonetheless, to come to be—from the swimming pool to the therapist’s office. As one of the lovers says, “When you’re not in love it’s different, it’s cool.”

But even if the characters seem to agree on circumventing desire’s most smothering tendencies, one’s expectations never quite match the expectations of the other because the permutations are too infinite. One of the lovers doesn’t want a husband, but wants a genetic donor; someone else wants to oblige to a virgin woman’s deflowering demands, just not today; and another lover wants to tag the “bisexual” label onto a woman, who wanted to follow pleasure precisely so she could escape the constrictions of language. Besides, the film seems to say, any demand is a demand for love. How Lacanian.

While 30 Beats lends itself to some interesting insight on the politics of non-exclusive, fuck-buddy dynamics, its characters are ultimately too one-dimensional and their dialogue too theatrical (the screenplay was inspired by Arthur Schnitzler’s play La Ronde) to sustain an involving cinematic experience. This could have been a fascinating strategy of mapping the fuck-buddy logic of superficial connection onto the very relationship between film and viewer: I watch you for long enough not to need you. Except that a fuck-buddy encounter is supposed to be worth one’s time precisely for its intensity, despite its lack of interest in longevity. The lovers of 30 Beats offer us neither.