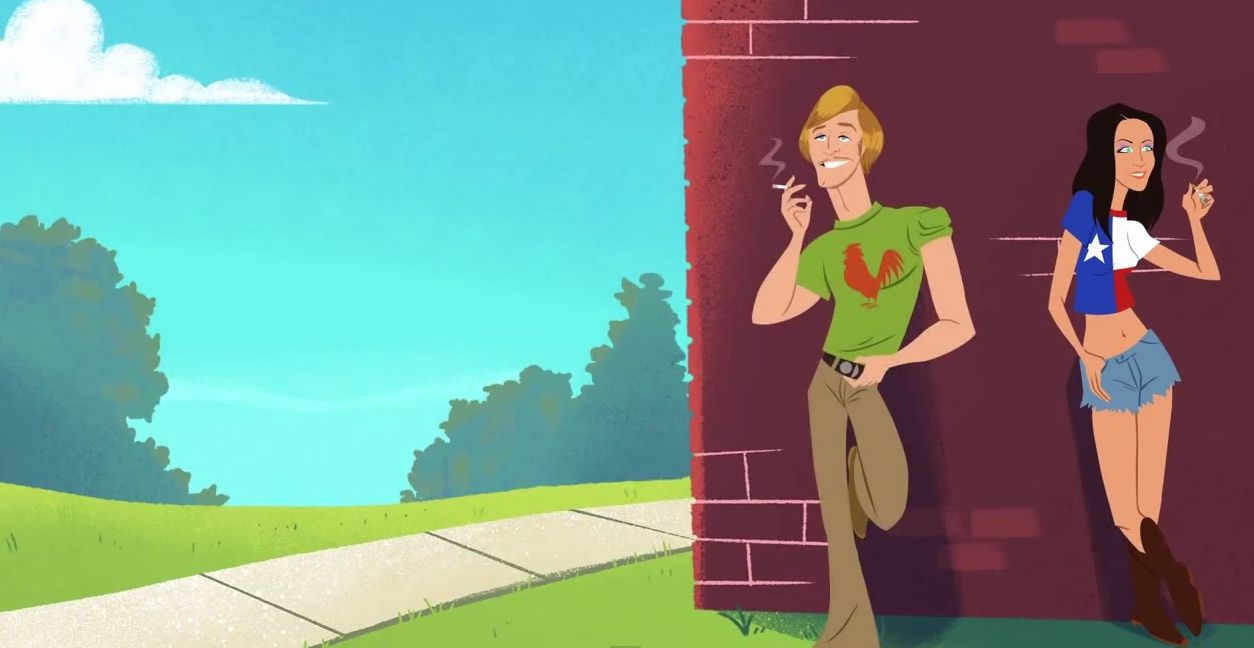 The popularity of Richard Linklater has swelled significantly in recent years on the strength of Before Midnight and Boyhood, and when fame strikes an American director, cultish myth typically follows close behind. In Linklater’s case, it’s the myth of the Texas director as a groovy outsider with a Buddhist sensibility, a boundless love of actors, and endlessly convivial productions—all not untrue virtues, but clearly simplified brand-building nuggets. It’s a myth ripe for gushy documentary elaboration, the kind of thing that feeds off the generalizations with zero degree of self-awareness in an effort to service and sustain fans. With 21 Years: Richard Linklater, a Paste Magazine-produced talking-heads doc stuffed with celebrity faces, that film has arrived.

Of course, there’s nothing terribly toxic about the addition of this sort of movie to the cultural surplus; after all, Linklater’s a director who arguably deserves all the good press he can get. But 21 Years fails to apply any critical thought to its subject or the documentary form—the latter being perhaps the cardinal sin. The film opens in a full declarative sprint, amassing heaps of plainspoken praise from famous collaborators and admirers (Keanu Reeves, Zac Efron, Ethan Hawke, Jack Black, Jason Reitman, etc.) at an alarming rate. Rarely do the chosen soundbites build in any legible or significant way upon those preceding them, and the rest of the documentary follows suit. Breathing room from the chugging assembly line of big-name endorsements is only rewarded in the sporadic instances when helmers Michael Dunaway and Tara Wood transfer the spotlight to scenes from the films being discussed, which, as far as B-roll options go, vastly outshine the cutesy, oppressively literal cartoon vignettes employed throughout as filler.

With no critics, academics, or historians in sight, it’s no surprise that the content of the commentary skews heavily toward the from-the-gut variety, the emphasis always on the way Linklater’s films “feel” at the expense of any engagement with the niceties of, say, his mise-en-scène or the industrial contexts shaping his eclectic work. Actor Steven Chester Prince cuts about as deep as the film goes when he commends the “Before” series with the vague remark that “the information reflects life, the relationship reflects life, but the banter reflects art”; unfortunately, the bulk of the participants here exercise their mental capacities about as much as Billy Bob Thornton, who at one point responds to an interviewer supplying the name Phillip K. Dick from off screen by giggling out the thoroughly adult observation that “he said dick.”

The prevailing anti-intellectualism of the oral contributions extends to the filmmaking itself, which stubbornly refuses with its seemingly arbitrary structure to deal with Linklater’s individual features as anything more than one-off gems, or, in the case of A Scanner Darkly, freak-genius detours. Of greatest damage to 21 Years’s coherence, however, is its wholehearted belief that its subjects are offering firsthand reports worth hearing; how else to justify entertaining a truly bizarre Matthew McConaughey digression that imagines an incestuous scenario in which he’d co-star with his mother in a Linklater-helmed remake of The Graduate?

Review: The Way He Looks