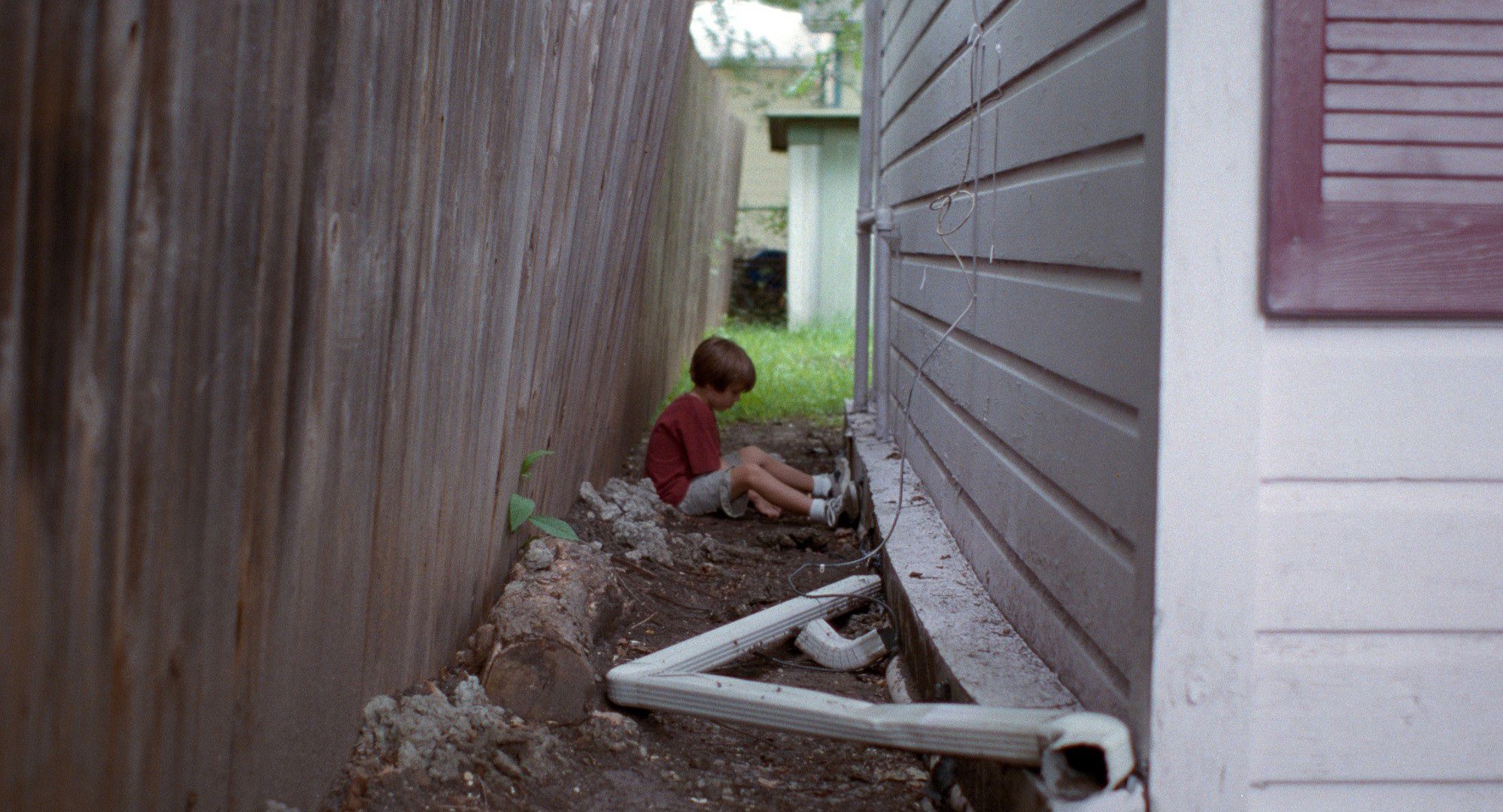 Richard Linklater’s Boyhood is an experiment in time, the filming of a boy’s life through the various stages of aging, and one that’s attentive to the audience’s sense of empathy. Shot in 39 days spread out across 12 years, this epic doodle follows in fits and starts the progression of Ellar Coltrane’s Mason from age six to 18 and, for better and for worse, constantly reminds us of the nature of its unconventional construction. The pinnacle of its dazzled subjectivity happens when young Mason and a group of kids, all dressed in homage to J.K. Rowling’s Harry Potter, line up to receive copies of the newly published Harry Potter and the Half-Blood Prince. The reference isn’t just a means by which Linklater locks Boyhood to a specific cultural moment: Shot in July 2005, when four Harry Potter films had already lit up the imaginations of audiences around the world, the scene evinces the filmmakers’ cocksure sense of foresight that for us to watch a boy bloom from chubby-cheeked pubescence to gangly adolescence would be a far more immediate, more impactful act of voyeurism if traced across a single movie.

The title Boyhood is something of a misnomer, as the narrative, a web of episodic events set within purposefully anonymized Texan locales, is anchored as much by Mason’s growing pains as it is by his sister Samantha’s (Lorelei Linklater). She may be often framed as a remote witness to her brother’s inching toward manhood, but her diffidence comes to be understood as being no different than her brother’s: both product of and defense mechanism against the adult drama that often catches the siblings in its crossfire. The film frustrates in the way it appears to insufficiently map out Mason and Samantha’s emotional torque, only to then disarm you with the shrewdest of epiphanies. The evolution of their mother Olivia’s (Patricia Arquette) second husband into a drunken, abusive lout transpires mostly off screen, in the jumps between time, and might have felt less like a cheat if the lack of detail was linked to any sense of denial Mason may feel. Once Olivia decides to leave her husband, it may seem as if her children don’t feel for her trauma, but implicit in the concern Samantha does show for her stepsiblings is her belief that her mother is a survivor, and that her well-curated reserve is nothing if not an inheritance.

Boyhood, a rather aimless amble through Mason’s coming of age, may be less rehearsed than Linklater’s “Before” trilogy, but nearly every shard of expressly banal incident that makes up the story is too-insistent on blaring the film’s thematic fixation on growth. In an early scene, young Mason sits on the ground in the alleyway adjacent to his first of many homes and regards a dead bird as if mourning the reality that the creature will never again spread its wings. At a bowling alley, where Mason Sr. (Ethan Hawke) takes his children, Mason asks for bumpers after each of his two gutter balls, to which his father says, “Life doesn’t give you bumpers.” Mythology is a topic of conversation at school, psychologist and behaviorist B.F. Skinner is namechecked, and the Funny or Die viral video in which Will Ferrell is schooled by a precocious baby girl is streamed for shits and giggles. At one point, Mason’s father even gifts him a mixtape, “The Black Album,” that compiles songs by all four members of the Beatles after the group disbanded, and Mason Sr. waxes nostalgic on the effect of listening to tracks by Paul McCartney, John Lennon, George Harrison, and Ringo Starr back to back as if describing the lifecycle of a butterfly.

And yet, life has a way of reminding us, sometimes blatantly, that growth is its only evidence. Throughout Boyhood, Linklater marks time not just by lingering on his actors’ faces and bodies and highlighting the change in pop music since the early aughts though his soundtrack choices, from Britney Spears to Sheryl Crow to Vampire Weekend. Mason, who’s read to from a Harry Potter book at the beginning of the film, evolves into a Kurt Vonnegut fan, and as technology changes, so does the nature by which he connects with others. The film invites us to laugh at young Samantha teasing Mason with her rendition of “Oops!…I Did It Again,” then at her refusal to let him speak to his friend from a cordless phone that suggests a not-so-distant relation of the Motorola DynaTAC, only to have us recognize the intimacy lost between Mason and his father during a Skype check-in that, before cellphones, would have taken the form of a heart-to-heart on a mountain trail. Linklater also traces the growth of our country’s political climate, even if it means condescending to red-state values; in a cringing scene, Mason and Samantha’s attempt to place an Obama/Biden sign on a man’s yard is greeted with the threat of violence.

Given that the subject of Boyhood is a child’s maturation, it’s tempting to cut Linklater some slack for his clumsier articulation of the fineries of human interaction. Mason and Samantha’s run-in with their angry Texan neighbor passes by audiences like every other fleetingly articulated action in the film that’s understood to have had an unmistakable role in the shaping of both children’s sense of self and possibility. And perhaps there’s no scene more unassuming in its grace than a gathering between Mason Sr. and his children at a lake, wherein Mason Sr. skips a stone across the water’s surface. In the stone he chooses, the manner in which he flicks it forward, and in all of the leaps and bounds the stone makes before landing somewhere beyond the father’s sightline, the scene becomes a metaphor for both the film and life itself. All the patience, determination, and unpredictability that it takes to make a film such as this, to raise a child, and to live a life committed to seizing the day, isn’t only in that stone, but in the tears Olivia sheds when her son packs up his things to move away to college and in his own courage to launch himself into a future without looking back or sinking into regret.