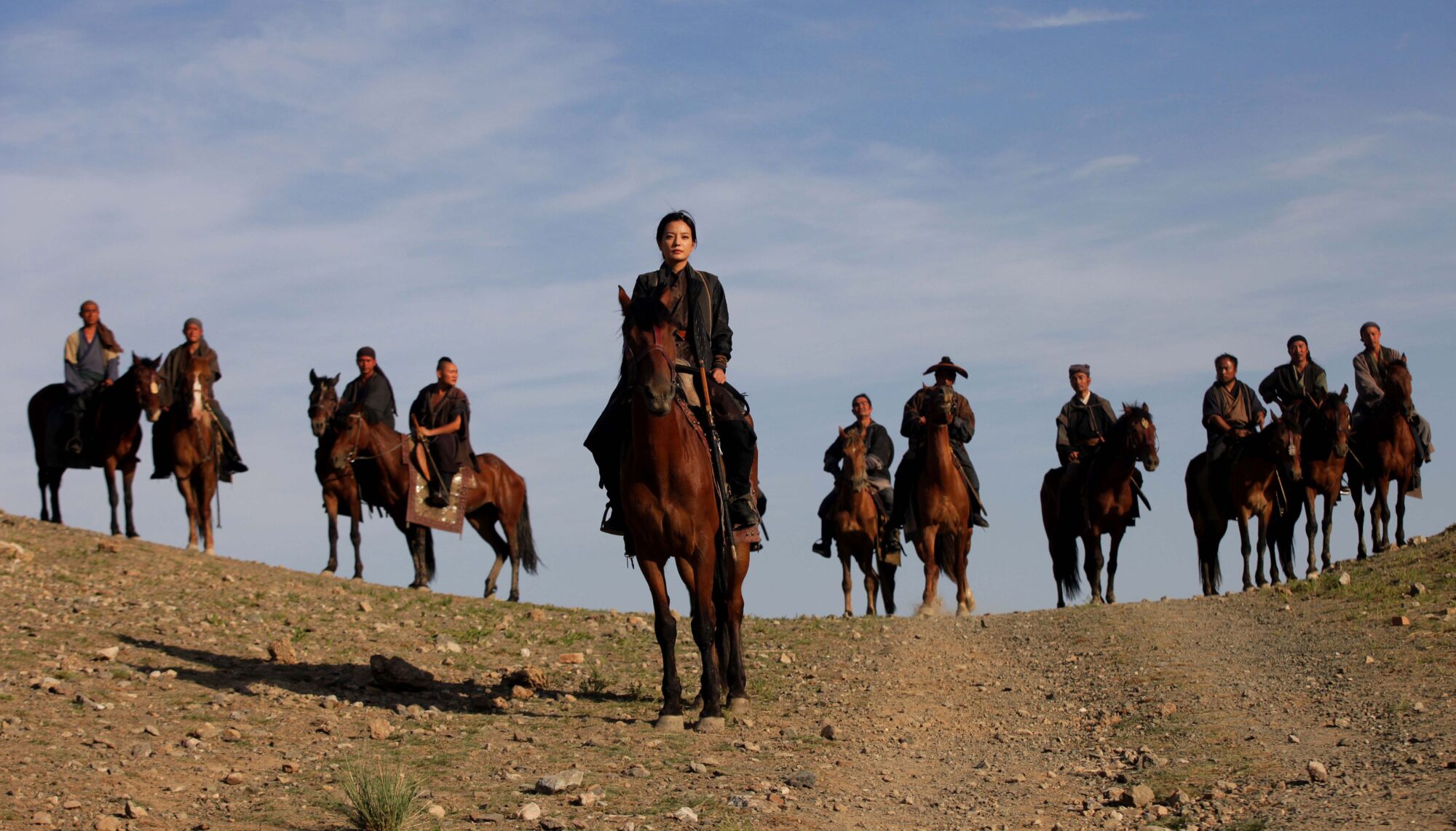 Coming two years after Kim Jee-woon’s 2008 Korean spaghetti western The Good, the Bad, the Weird, Daniel Lee’s historical action epic 14 Blades offers another instance of mainstream Asian cinema attempting to give Western genre tropes a distinctly Eastern flavor. While the film’s wuxia martial-arts action is a far cry from the kind of dueling gunplay seen in most American westerns, with its visual emphasis on wide-open desert spaces, morally ambiguous characters, and thematic focus on codes of honor and psychological anguish, 14 Blades could surely pass for a western if not for its feudal-Chinese setting. If only the character dramas were involving enough for its hybrid feel to mean all that much in the end.

At the ostensible center of the film is Qinglong (Donnie Yen), the leader of the current emperor’s band of assassins, known as the Jinyiwei, all of whom are masters of manipulating the titular 14 blades of justice. Qinglong, however, becomes a fugitive after an evil eunuch usurps the Imperial Court and compels his fellow Jinyiwei to betray him. With his overall stoic demeanor, Qinglong is a classic taciturn western hero: a ruthless type who tends to not ask too many questions when asked to do a particular job. As with many such renegades, however, he hides a troubled past, as his forced fratricide of his brother in order to become a member of the Jinyiwei continues to haunt him to the present day. There’s a lot of talk about “dignity” in 14 Blades: Qinglong is seeking some kind of redemption; his initial hostage/gradual love interest, Qiao Hua (Wei Zhao), steadfastly holds onto her lower-class roots; and a band of bandits who initially menace Qinglong eventually grasp the concept. Alas, none of these themes come through potently enough to be especially affecting, and a large part of the blame lies with its star. An immensely gifted physical performer, Yen isn’t strong enough an actor to suggest an authentic inner life to his character beyond a vague sense of stone-faced dissatisfaction. His stiffness may have worked well enough in the Ip Man films that helped cement his reputation, but he’s markedly less effective when asked to play a character who’s been conceived as something more than a mythicized icon.

It’s a shame about the black hole at the center of the film, because 14 Blades excels in the action department, with inventively choreographed sequences that Lee captures with a refreshing attention to spatial coherence, thus allowing the audience to actually revel in the graceful movements on display. As impressive as much of the high-flying kung-fu action is, however, the most memorable sequence in the entire film may well be its most playfully humorous, in which Qinglong turns chicken bones into weapons, throwing it into opponents’ eyes in order to blind them. For that one brief, shining moment at least, 14 Blades offers an amusing oasis from the self-seriousness that eventually drags the rest of the film down.

Review: I Am Happiness on Earth