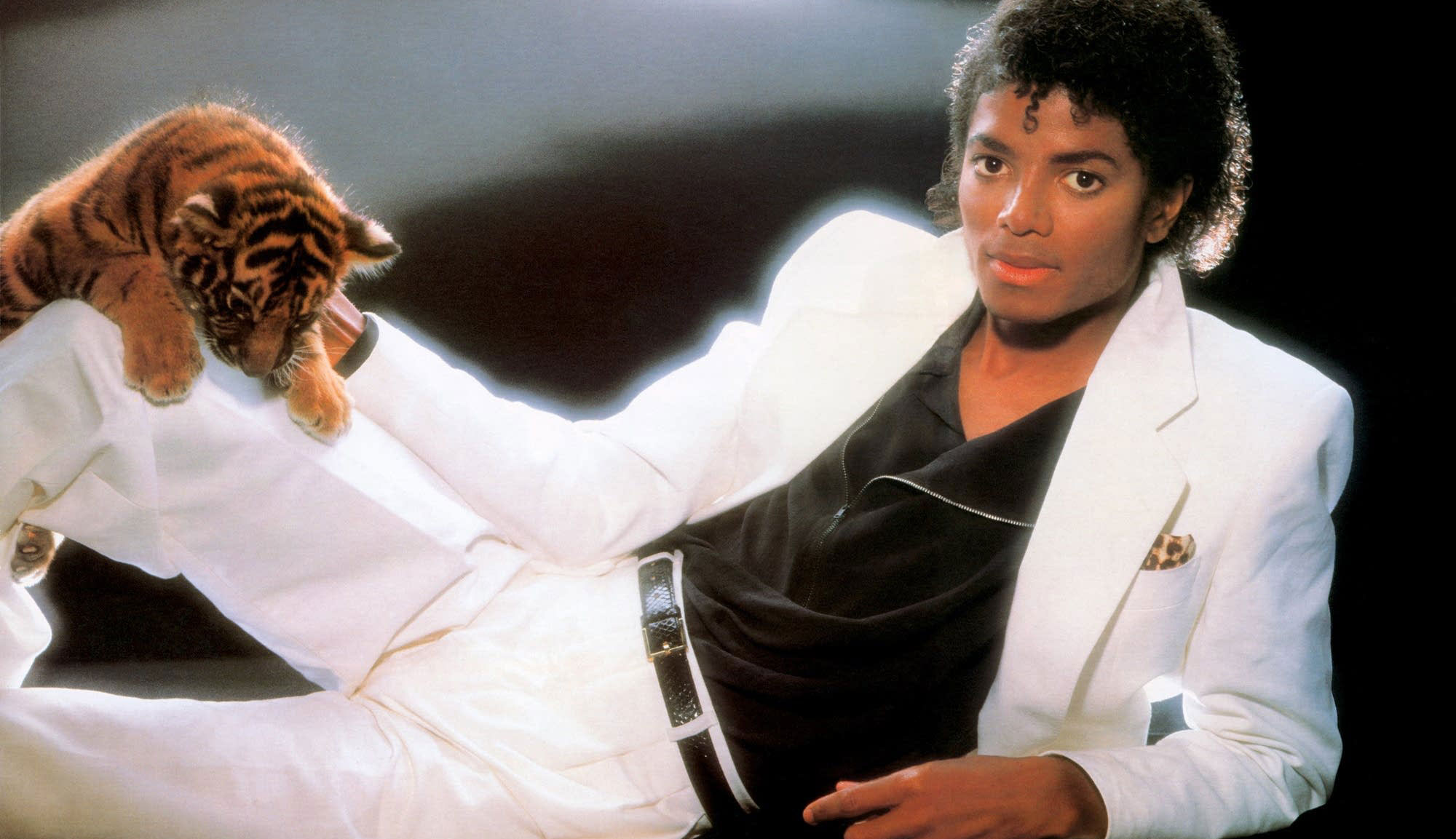 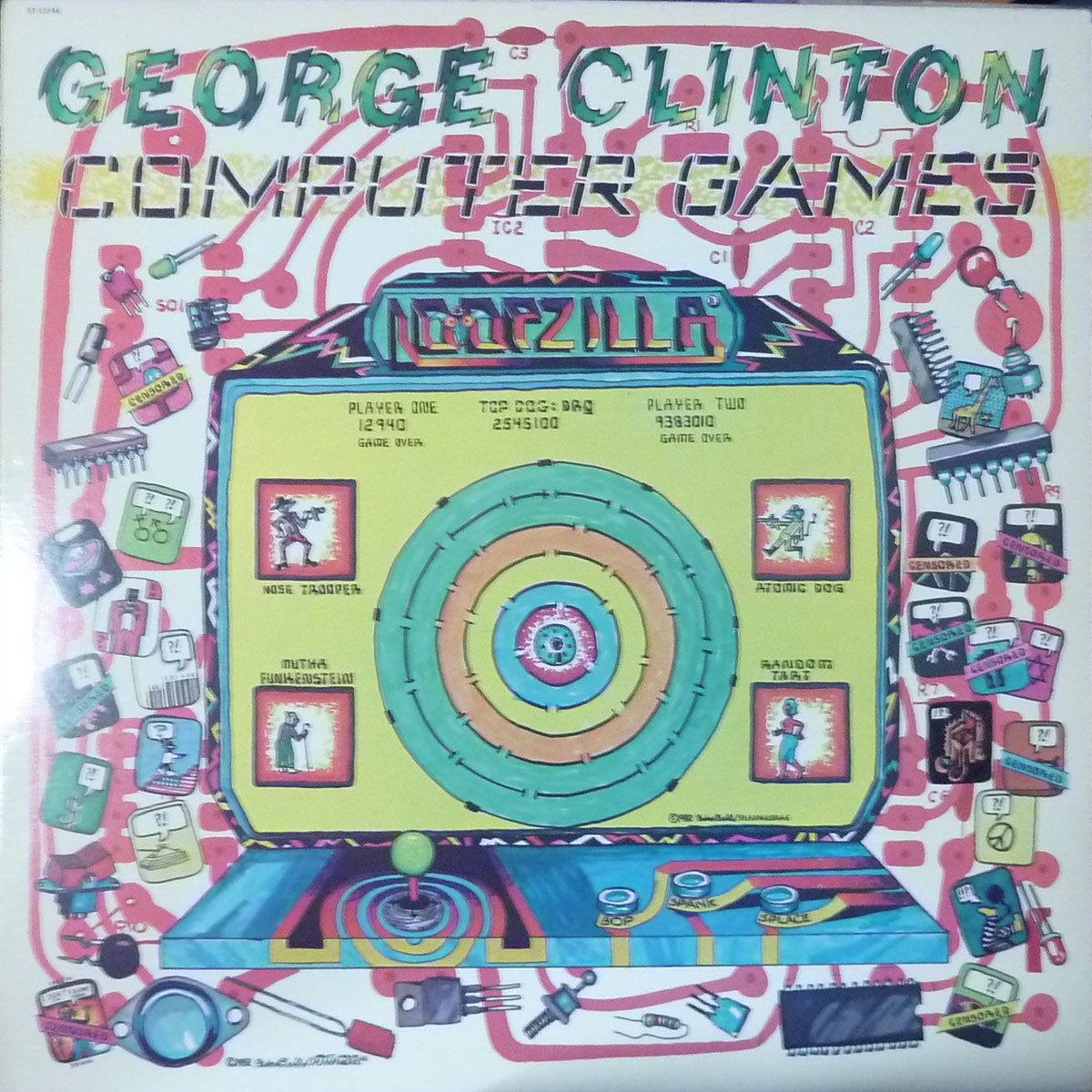 George Clinton’s solo debut begins, almost oddly, with the former Parliament and Funkadelic frontman putting on his clothes. But the song’s message is a naked one: the promise of a throw down—to bring on the funk, the soul, and the psychedelic like no one’s business. What follows is an almost spotless blitzkrieg of jams that run the gamut from the rousing (“One Fun at a Time”), to the poignantly metaphoric (“Free Alternations”), to the playfully infantile (“Pot Sharing Tots”). “Loopzilla” is a master class in sampladelic overload, and the title tune suggests Kraftwerk put through a P-Funk filter, but it’s the synth-funk “Atomic Dog” that remains the album’s triumph, an unbelievably improvised totem to Clinton’s own stray cock strut, and one that makes a world without Adina Howard and Snoop Dogg seem impossible. Ed Gonzalez 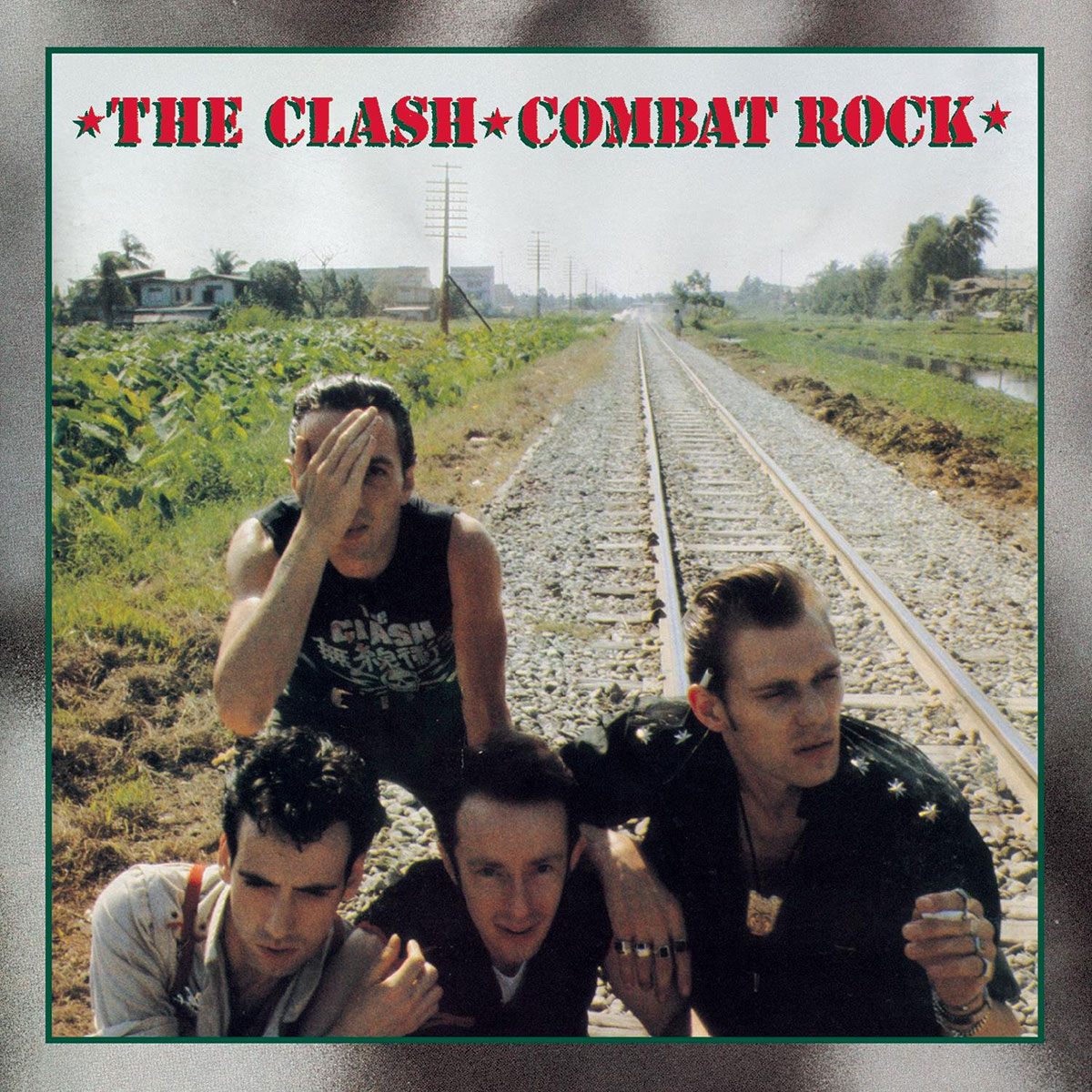 “This is a public service announcement…with guitars!” The album’s famous first words, and a perfectly concise summation of the Clash’s uniquely exuberant and stylish craft, their provocative blending of political provocation with eclectic musicality. Their evolution was such that they became catchier as their convictions became more dense, which may explain Combat Rock’s somewhat ill repute; there would be hits, and as such it was conceived, wrongly, as a sell out. To me, the stream of consciousness of “Car Jamming” attests like few other Clash songs to Joe Strummer’s social consciousness, restless even when he was standing still. They saw rock, like fascist might, as a power, and so it is that their music feels as if it hits you with the force of a club or a boot to the face. Gonzalez

After two albums’ worth of uncharacteristically light-hearted pop, Disintegration might’ve sounded like something of a relapse for the Cure. It’s a dreamlike album that turns nightmarish in places as its icy, imperious pop epics channel Pornography’s atmospheric despondency. Depression is often associated with the inability to feel, but Disintegration proves that sorrow is, as much as love, a many-splendored thing. For all his infamous melodrama, Robert Smith can be a plainspoken and relatable lyricist; this is an album with songs about hungry spider men and hopeless prayers, but its most memorable lines are simple and heartfelt. If not for Smith’s wardrobe, we wouldn’t call this goth. We’d call it sad, pretty pop music. Matthew Cole 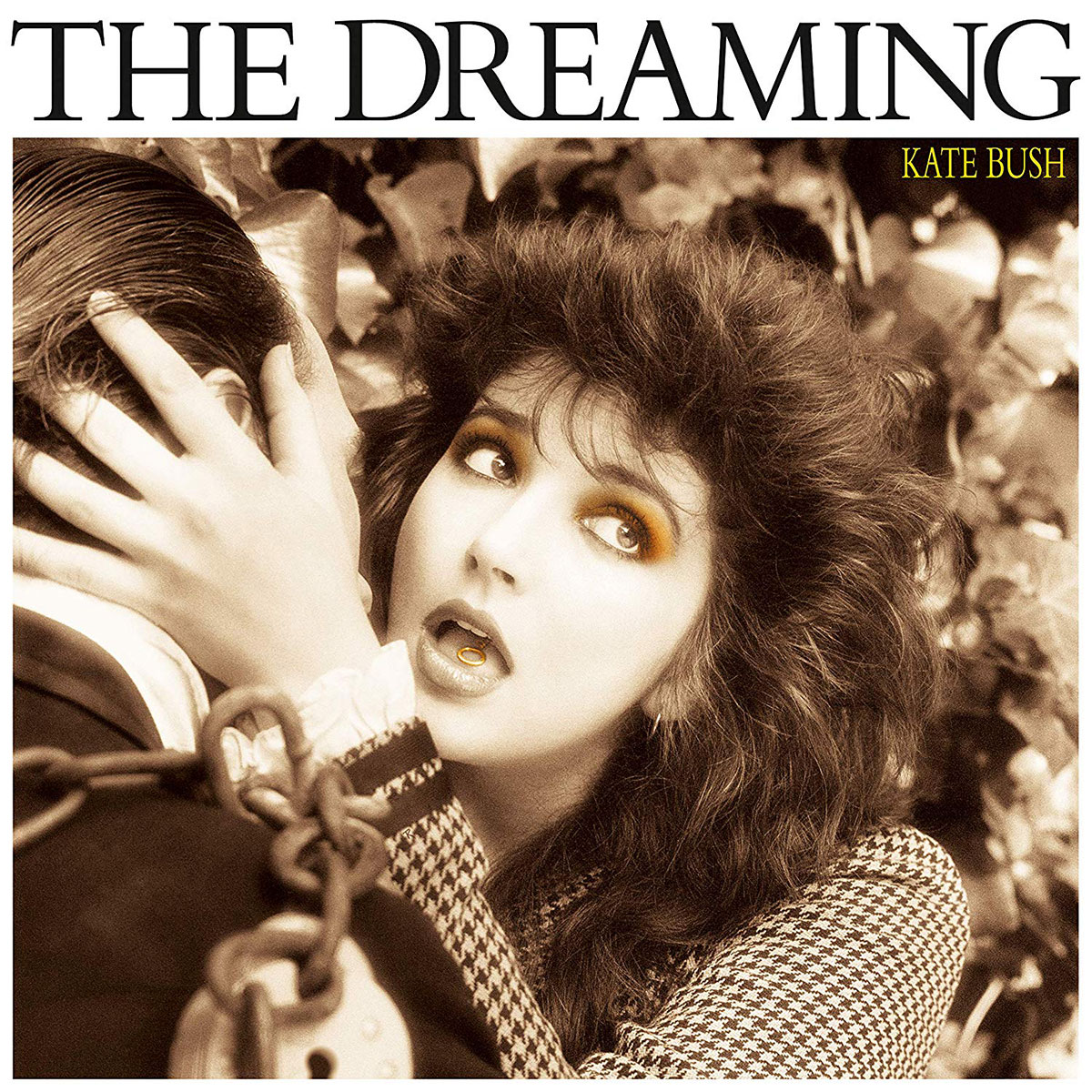 As far as 1980s female-centric performance-art-cum-mutant-pop goes, Kate Bush is the explosive sensualist against Laurie Anderson’s cool, detached yogi. Years removed from the idyllic anticipation of “This Woman’s Work,” The Dreaming is a violently singular work that places its creator’s emotions in their most natural environment: inscrutable and volatile. Each song, from the pedagogically impatient “Sat in Your Lap” to the trap-door hysterics of “Get Out of My House,” is a Joyce-worthy confluence of footnotes-to-be, and the key keeps getting tantalizingly passed between tracks via Bush’s darting tongue. Eric Henderson 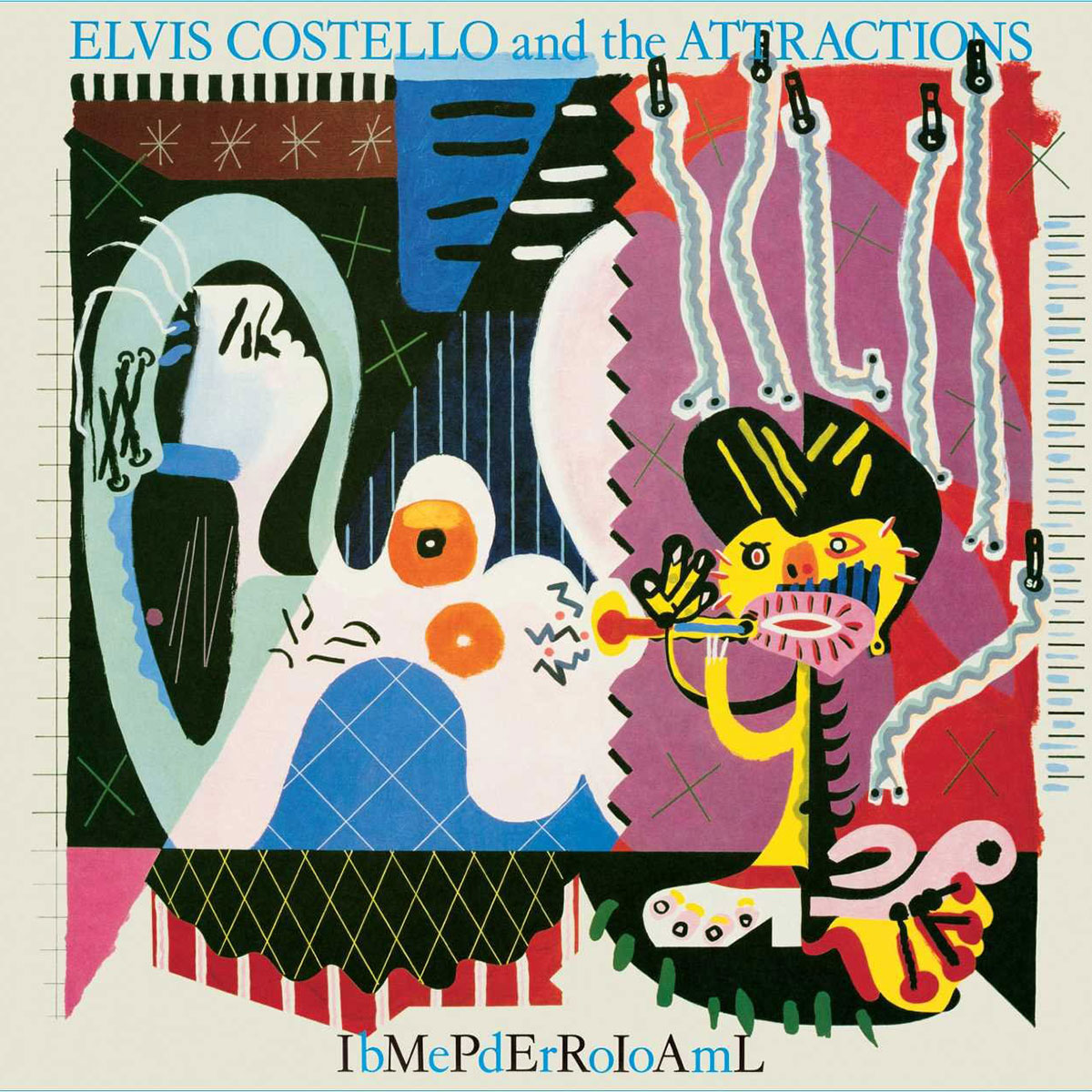 Imperial Bedroom can be a challenging listen at times, but the hooks and melodies are so beguiling and infectious that it’s about as close to pop as Costello has ever gotten. There’s a myriad of sounds and styles coalescing wonderfully throughout, and the quirky songwriter punctuates each of his sonic detours with jaunty badinage and pert observations. The album boasts some absolutely astonishing wordplay, with even its most personal harangues arriving veiled in clever allegories and razor-sharp double entendres. Despite its lackluster commercial performance, then, Imperial Bedroom affirms Costello as a poet laureate for the counterculture and a restless musical genius all in the space of 50 topsy-turvy minutes. Huw Jones 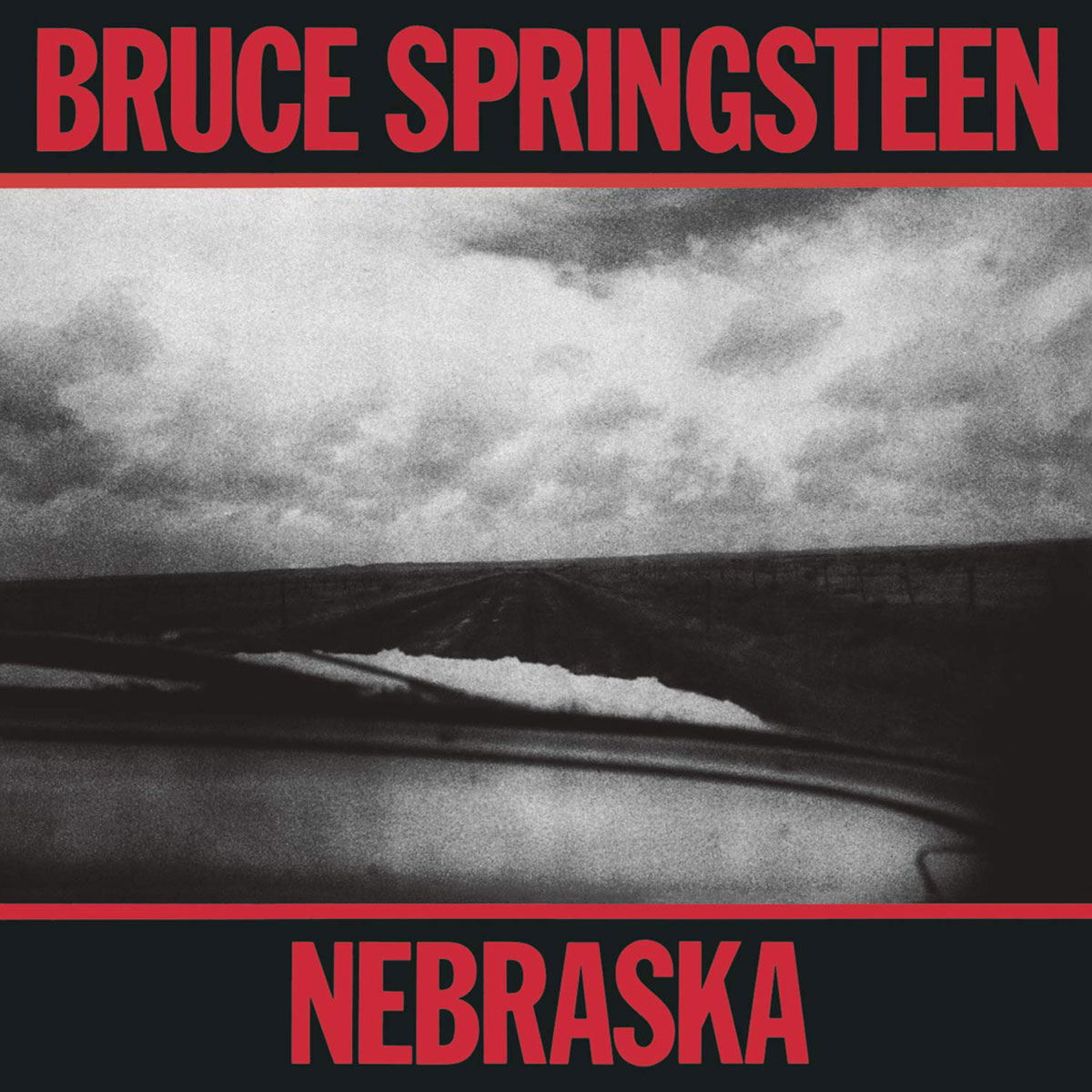 Strip the bombastic showmanship from Bruce Springsteen’s back-alley narratives, take away the E Street Band, and you get Nebraska, a fragmentary collection of four-track demos that ended up being viable all on its own. These embryonic shells place the lingering desperation that had always lied beneath the surface of his songs into sharp relief, from the killing spree of Charles Starkweather and Caril Ann Fugate on the title track to the last-ditch liaison of “Atlantic City.” Incorporating such far-flung influences as Suicide, whose desperate whoops Springteen emulates on the grim, haunting “Highway Patrolman,” it’s a desolate sonic landscape that’s leagues more progressive than anything he recorded before or after. Jesse Cataldo 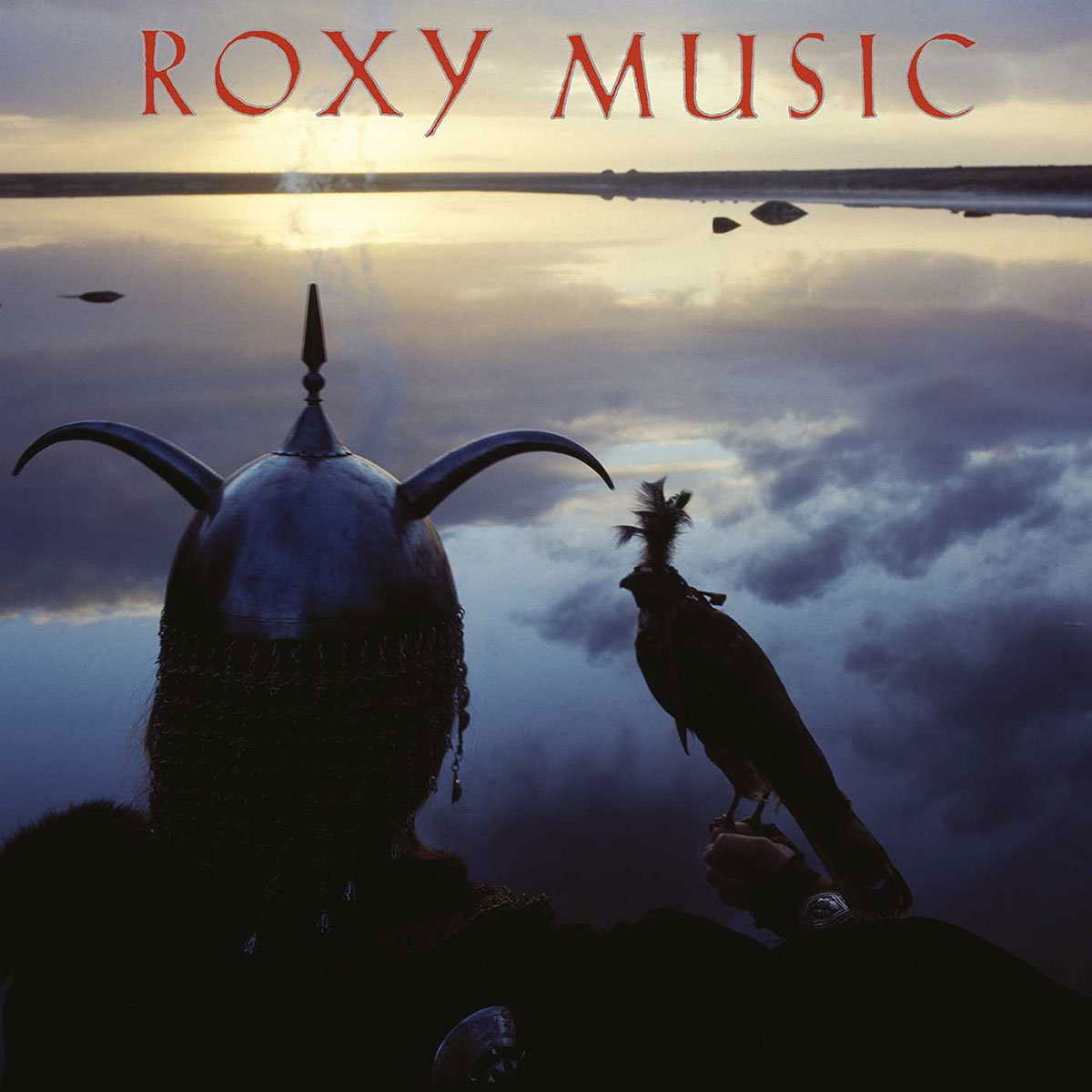 It’s not that the most common criticisms of Roxy Music’s final album, Avalon, don’t have merit: It’s absolutely fair to acknowledge that it’s divorced from the truly progressive aesthetic that made the band’s ‘70s-era output so vital and influential, and that the few members of the original lineup who still remained by the early ‘80s were so marginalized in the recording that the album plays more like a Bryan Ferry solo project. What those criticisms fail to account for is that the actual music on Avalon, taken on its own merits, is nearly perfect. The meticulous, spit-shined polish of the production can’t mask some of Ferry’s finest pop melodies, nor can it hide the lived-in worldliness that makes Avalon so much cooler and more knowing than the countless New Romantics imitators it spawned. Jonathan Keefe 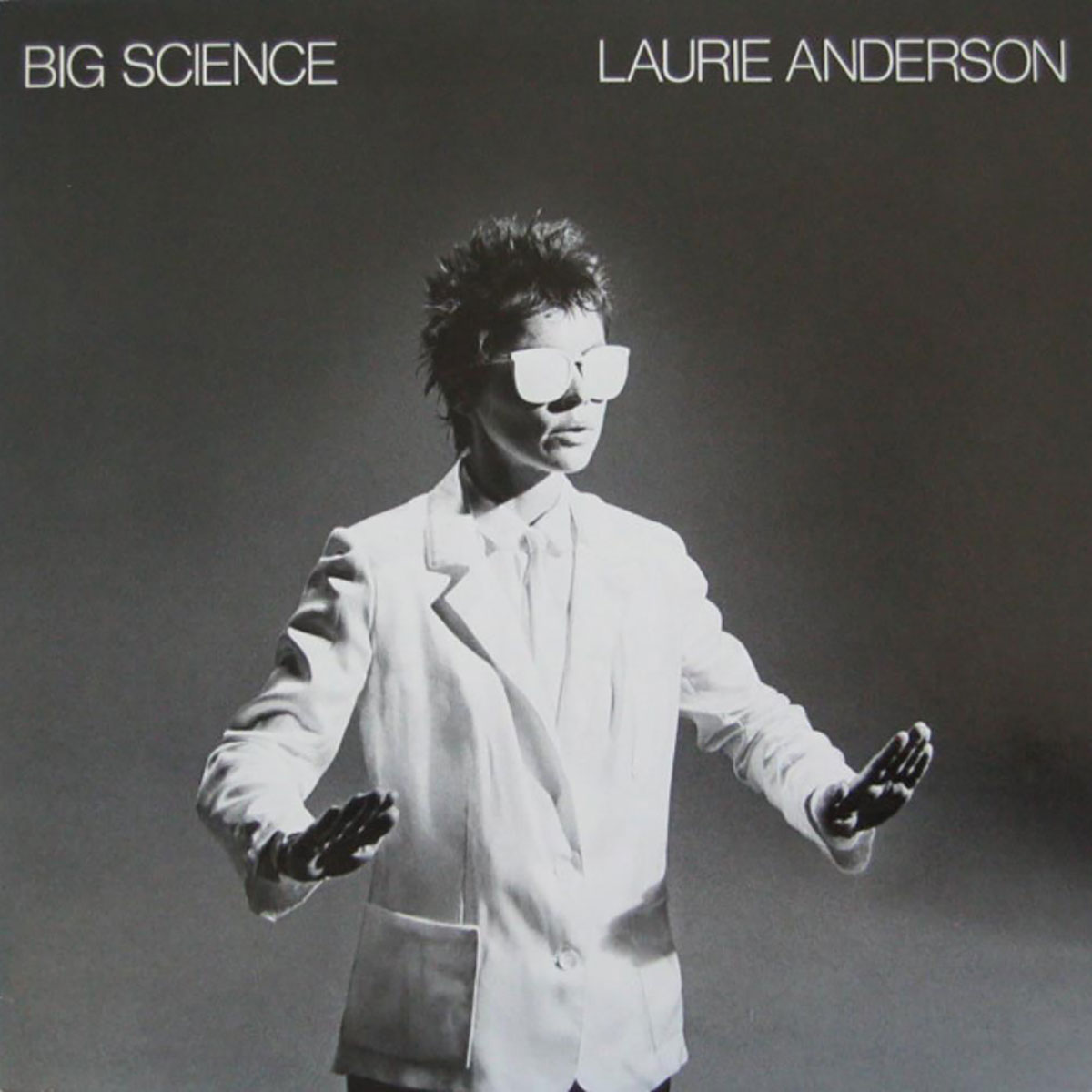 My love affair with Laurie Anderson began with 2010’s Homeland, an album perfectly and succinctly described by Robert Christgau as a collection of “very scary stories whose endings nobody knows.” But this metropolitan performance artist and borderline cat lady was scaring us as far back as Big Science, on which she asks, “What is behind the curtain?” Then and now, her humor is lacerating, her fondness for BPMs cheekily abstract, but most fetching are her articulations of powerlessness—that even she doesn’t know what’s behind the curtain. Her experiments in syntax and sound eerily echo her concerns with the irreversible tides of change, most spectacularly on her finest song and only sorta-hit, “O Superman,” an attack on American military might that begins almost sensibly with a mother leaving an embarrassing, existentially fraught message on her child’s answering machine. Like progress, Anderson’s music resists resistance. Gonzalez 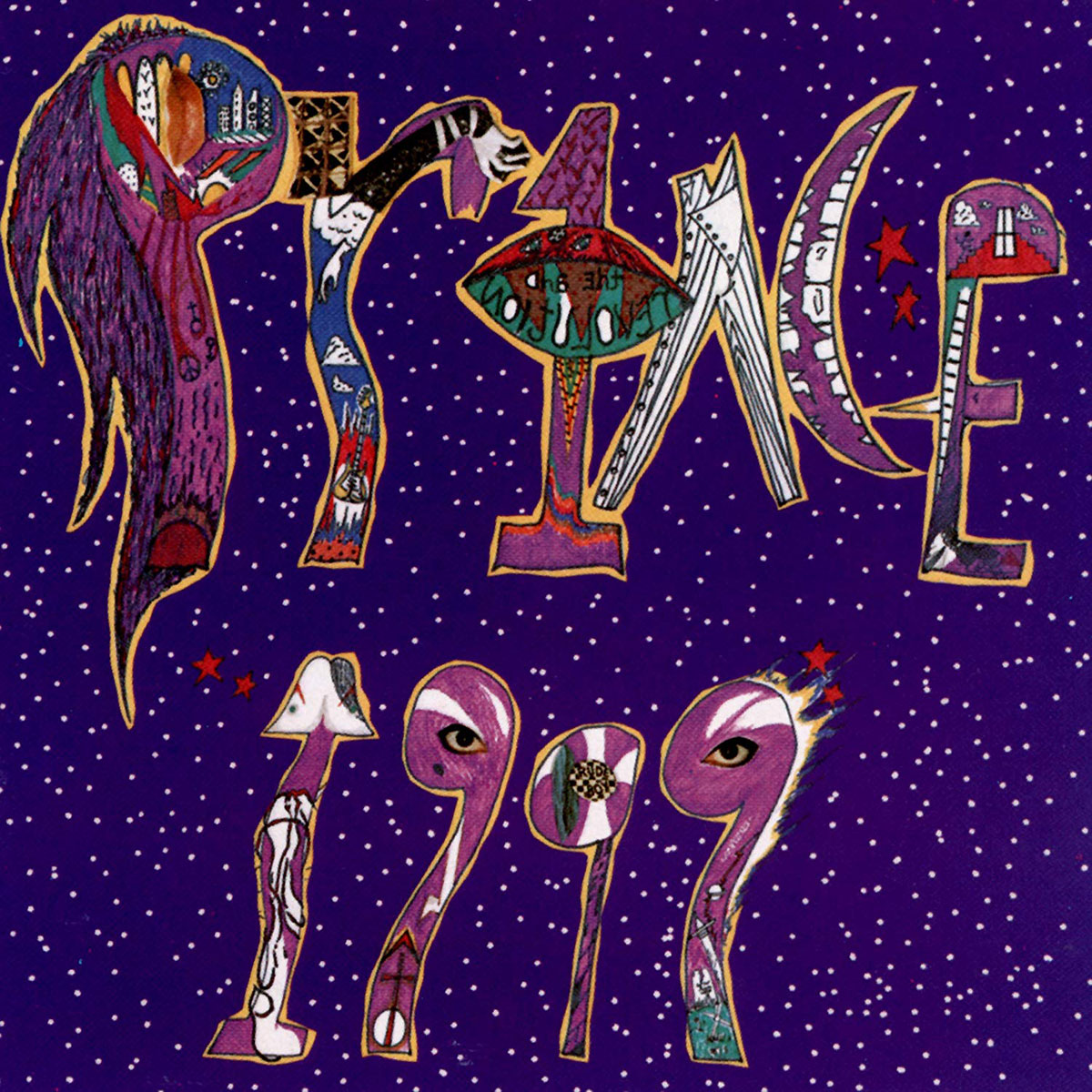 If Prince’s reign over the airwaves ended a good deal earlier than the year he predicted the world itself would end in 1999, the album still marked the grand crossover moment for the decade’s most versatile, least predictable pop superstar. Positioned between—and embodying the strengths of both—the rambunctious, genre-defying immediacy of Dirty Mind and Controversy before it and the dick-waving rock majesty of the Purple Rain soundtrack that followed, 1999 is an expansive, disturbed communiqué from the nexus of naked funk and sexual obsession. “Some people tell me I’ve got great legs.” Nope, this is not your grandfather’s rhythm and blues. Henderson 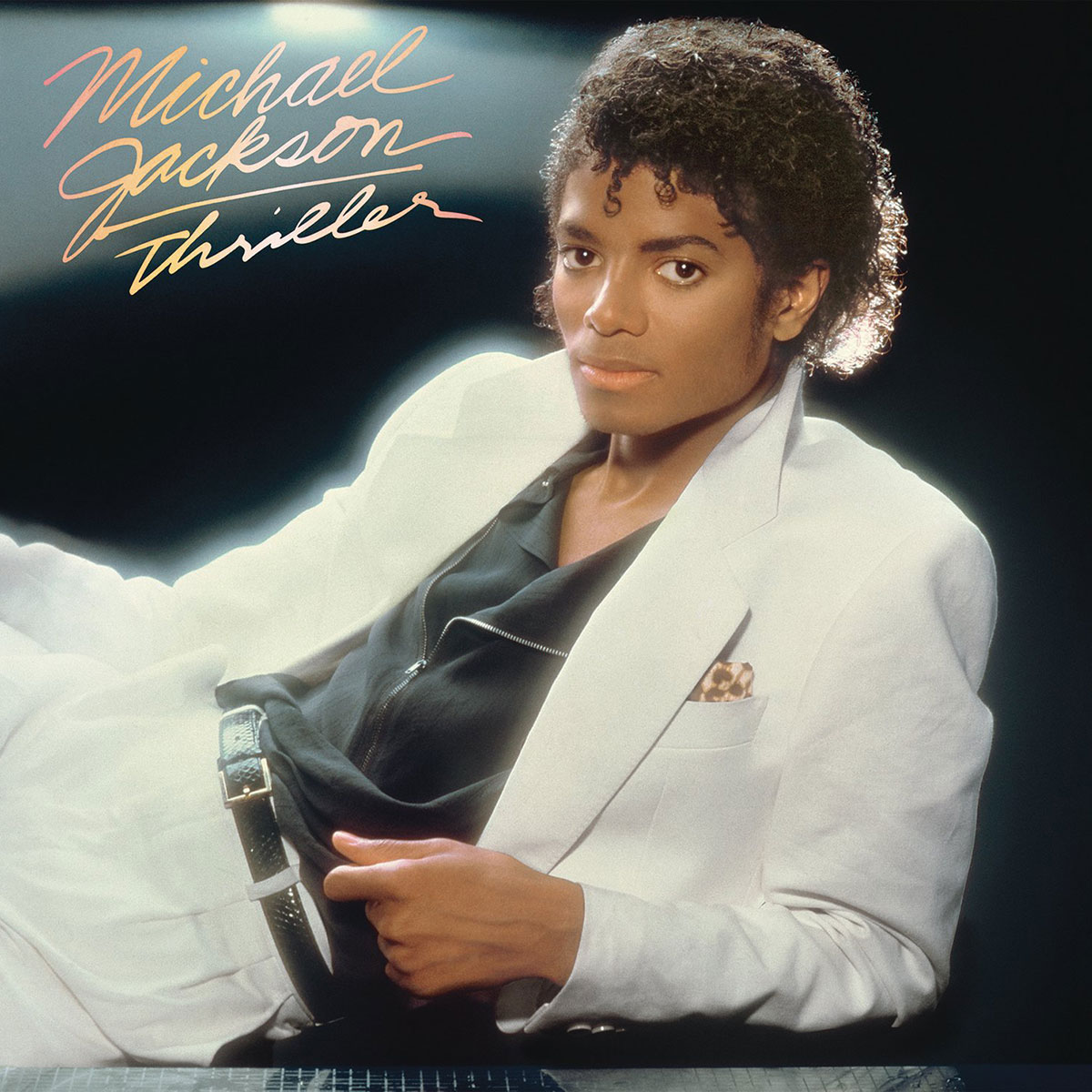 What additional praise can be heaped on Michael Jackson’s genre-mashing magnum opus except to say that even the lesser hits like “P.Y.T. (Pretty Young Thing)” are perfectly rendered pop gems? That seven of the album’s nine tracks were all Top 10 hits reinforces how much of a culture-defining gargantuan Thriller was and continues to be. And yet, despite the well-earned acclaim and its unquestionable unification of fans across class, age, gender, and racial lines, Thriller is an album steeped in angst and loneliness. Lest we forget from years of grotesque eccentricity, Jackson was once the original Kanye West, and this album was his own dark, twisted fantasy—a glimpse into a creative but fissured mind that sought, above all things, unquestionable greatness. MJ achieves that countless times on Thriller, arguably the most sublime 42 minutes of pop music ever recorded. Kevin Liedel

Review: Game Theory’s Across the Barrier of Sound: PostScript

Interview: Josh O’Connor on Hope Gap and Inhabiting the Physicality of His Characters