The 2019 Electronic Entertainment Expo presented an industry in transition. As the current console generation winds down and new hardware is still in development, the subject of how games will be played going forward has come into question, as the technology to stream games via the cloud supplants the need for consoles or PCs.

In a 15-minute presentation prior to E3’s launch, Google unveiled their cloud gaming service Stadia, a subscription-based service—for use on desktop computers, laptops, and mobile devices—that allows high-end gaming without the need for expensive hardware. Supposedly offering computing power significantly stronger than that of the PlayStation Pro and Xbox One X combined, Stadia relies on Google’s own data centers, with the only real bottleneck being consumer internet speeds and bandwidth caps as the gameplay is streamed to the end user. Hands-on experience with Stadia has shown it to be incredibly impressive—provided one’s internet connection is stable and fast enough to handle the required download speed.

Even before the expo officially kicked off at the Los Angeles Convention Center, notions of “traditional” video gaming were being challenged. There was no greater sign of the shake up than the absence of one of the three major console makers: Sony. The company eschewed not only their usual press conference, but any showing at all. While many have suggested that Sony, who had informally announced their upcoming PlayStation 5 console earlier in 2019, wanted to benefit from Microsoft announcing what the target specs would be for the Project Scarlett, the simple truth is that Sony doesn’t have much to currently show to the public.

Only two of Sony’s upcoming first-party exclusive titles particularly stand out: Naughty Dog’s The Last of Us 2, a known quantity which has already seen multiple previews, and Hideo Kojima’s Death Stranding, whose trailer premiered shortly before the expo kicked off. In the end, releasing the trailer ahead of E3 was a smart move on the company’s part, as the ongoing enigma that is Kojima’s next title dominated discussion for days instead of getting lost in the sea of announcements after E3 was officially under way, and a solid release date is something that Sony can boast about in a year where their exclusives are scant.

EA also elected not to host their customary press conference, instead opting for a streamed video presentation similar to the Nintendo Direct broadcast. The company’s decision not to discuss anything about this year’s disappointing Anthem is damning, not only for the remaining fans of the game hoping to see the game properly supported moving forward, but for EA itself, whose frustrating trend of misusing developers they acquire has left BioWare on thin ice. As one live service game in an ocean, and created by a company with little experience making such games, Anthem was always destined to face an uphill battle; at this point, some four months after its release, turning the game around would require faith in the product and an evolving cycle of new content, both of which EA could have presented to the world here. And there’s precedent for this, demonstrated by the success of Destiny after its first tumultuous year. Alas, not even a mention across the entire show.

The main event of EA’s Play presentation was their upcoming Star Wars title Jedi: Fallen Order. Though the somnolent 14-minute video that capped the presentation seems to promise a cross between Uncharted and The Force Unleashed, hands-on time with the game reveals that its closest analogue is Dark Souls, given that it takes place across large open areas with bonfire equivalents the protagonist can meditate at, which inexplicably revives all enemies. The combat feels like that of Dark Souls, with the fast-paced lightsaber duels of something like Jedi Academy replaced by slower, more precise one-on-one battles where you must manoeuver around enemies to fight them individually, and in a manner that recalls other From Software games. Whether Jedi: Fallen Order will be as difficult as the Soulsborne titles remains to be seen, though one would assume EA would want the title to be accessible as possible, especially considering their recent and lousy track record with the franchise.

The first official E3 press conference was presented by Microsoft, which had a stellar showing of new games and announcements. New titles demonstrated include Outer Worlds, a Fallout-esque sci-fi action adventure game, a new Battletoads game featuring bright and colourful cartoonish graphics, the latest iteration of Microsoft Flight Simulator, the next chapter in the Gears of War series simply titled Gears 5, and survival horror outing Blair Witch. Microsoft’s next console, Project Scarlett, was broadly discussed as a technical powerhouse without mentioning any specifics, including price, as if to ensure Sony has no edge on the competition when their PS5 announcement finally comes. More interestingly, Microsoft presented their version of the cloud streaming gaming, the Microsoft xCloud service, which Phil Spencer was able to elaborate on during Giant Bomb’s Nite Two live show.

Spencer notes that while cloud streaming services are convenient, allowing gamers to play games anywhere, they’re to the detriment of consumers in terms of actually letting them own the games they buy. The Stadia pricing model includes not only subscription fees, but also additional prices on top for some games, which is troubling as purchasers will only “own” any game they buy as long as the service is active, or if they have an active internet connection. If Google, or any streaming service, pulls the plug, purchased products simply go away.

Which is why Microsoft is working toward a hybrid of cloud streaming services with traditional ownership models, where gamers will own their console and their games, but can also stream them to other devices to play games on the go using the cloud. Google’s Stadia offers something more akin to Netflix, and looks to suffer from some of the same issues as Netflix when it comes to content disappearing as licenses expire. Whether Microsoft’s model works also remains to be seen, but their excellent and inexpensive Game Pass service, which saw extension to the PC during E3, has demonstrated both the excellent value and the focus on services benefitting the end user that Spencer advocated for.

Bethesda was in full-apology mode for their first press conference since the disastrous launch of Fallout 76, bookending their presentation with saccharine, insipid videos about how they understand and like gamers, how they’re gamers themselves, and other such rigmarole. Bringing out Todd Howard to discuss said elephant in the room would have been a misstep had it not been for the announcement of the game’s Nuclear Winter DLC—a fresh take (currently available in beta) on the battle-royale genre—as well as a Fallout 76 freeplay period where anyone can play the game with the new content. Nuclear Winter is a surprising amount of fun, a squad-based battle royale allowing players to choose where they spawn on the map and then take advantage of classic Fallout devices while fighting to become the only survivor. For example, becoming invisible with a Stealth Boy offers a fleeting chance to get the drop on enemies or flee an area teeming with overpowered opponents, or jumping into a set of Power Armor gives more health but impedes player speed and is loud enough to give away player location. At time of writing, Bethesda have made Nuclear Winter an indefinite add-on for Fallout 76, which gives the populace at large a reason to try Fallout 76.

Standing high above Bethesda’s other announcements and demos, Doom Eternal looks to be a spectacular follow-up to the successful 2016 reboot, escalating on the core gameplay with new abilities including a combat grappling hook and a flamethrower, and an expanded narrative involving angels as well as the demons of Hell. Elsewhere, Square Enix’s press conference largely focused on the Final Fantasy VII Remake and concluded with a baffling look at Marvel Avengers, a game that probably should have been revealed back when Avengers: Endgame was still a part of the popular conversation but probably wasn’t given its ugly and bizarre character models. More notable, though buried within the conference, was the announcement of Dying Light 2, which looks to be an ambitious and sprawling follow-up to the original game. It boasts expanded parkour gameplay in a new environment that changes with player choice, promising to give fans a unique experience with each playthrough.

Nintendo Direct closed out the conferences, announcing two new Super Smash Bros. Ultimate DLC characters: the much-loved dynamic duo of Banjo and Kazooie and the not-so-loved hero from Dragon Quest. The Link’s Awakening remaster, which boasts frustratingly cutesy graphics that go against the original game’s theme and tone, was also exhibited; it’s as if the developers thought that the cartoonish look of the original 8-Bit Game Boy title was an intentional stylistic choice, rather than how Zelda games looked at that time, and that it was something that needed to be made cuter. It feels like a significant misstep, and one that’s bound to cheapen the surprisingly mature and thoughtful narrative. Nonetheless, it’s pleasing that this underplayed classic will find a new audience, and Nintendo’s diorama displays of areas from the game on the show floor were exceptional and gorgeous.

Finally, a new Animal Crossing was revealed, with a fresh island setting, new crafting gameplay, and the inclusion of fruit stacking. After sideline missteps like Pocket Camp, Amiibo Festival, and Happy Home Designer, a new Switch entry seems to be exactly the shot in the arm that this beloved series needs to get back on track.

Although E3 2019 demonstrated that there are major changes coming for the gaming industry, some things remain the same, even if it’s just Devolver Digital taking the piss out of, well, the big-budget press conference. Indeed, latest conference was as fresh, joyous, and deranged as its predecessors. The future of video gaming might be uncertain, but there’s still plenty to look forward to and celebrate, and this is something the folks at Devolver Digital are committed to proving year after year, and with a humor that could stand to rub off on the industry at large. 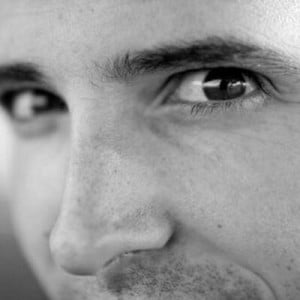