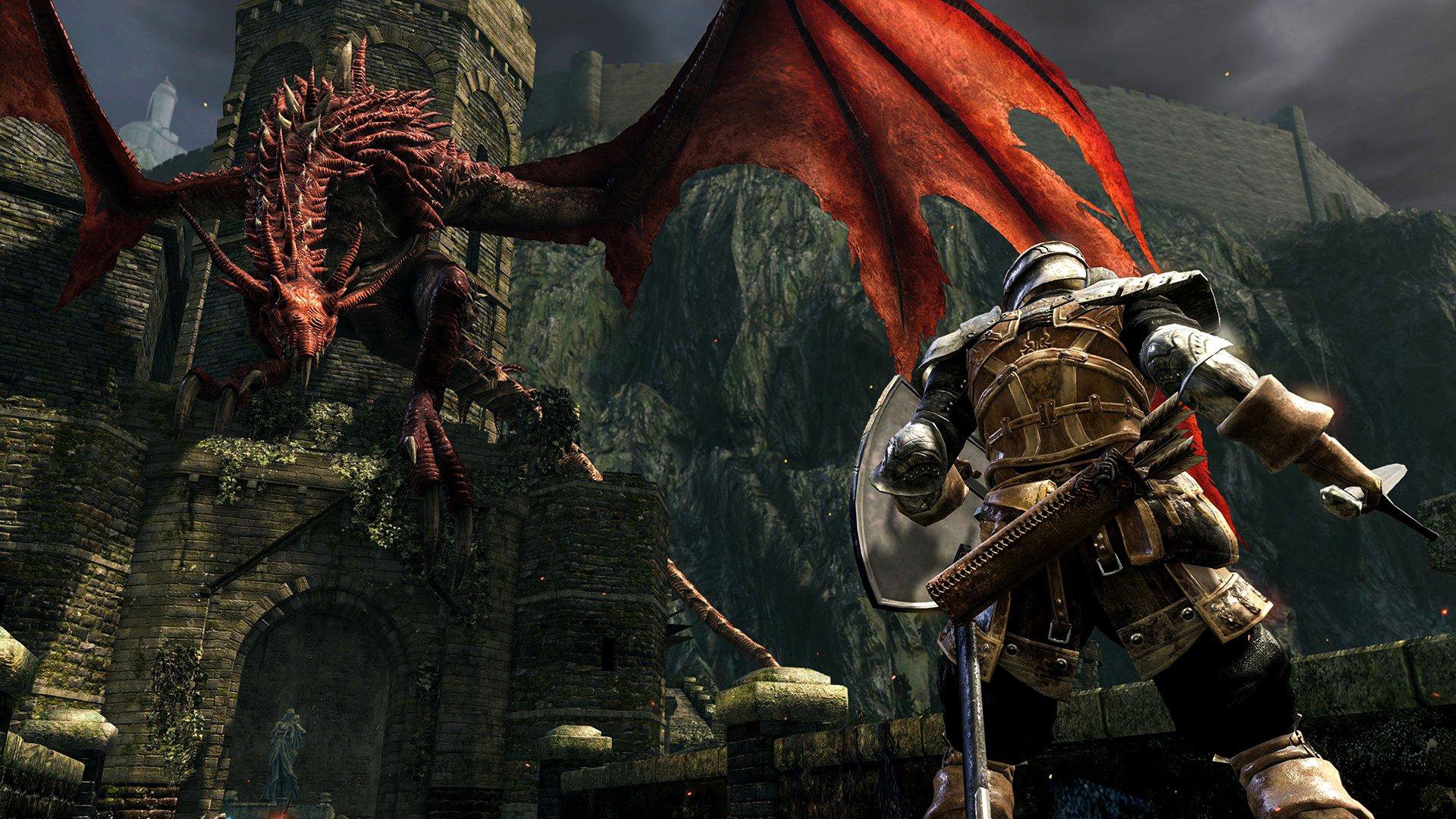 Seven years after its initial release, Dark Souls remains a compelling and dread-inducing journey into the depths of strikingly detailed environments inundated with lethal creatures, tempting treasures, and characters whose laughter points to all-consuming madness. To play this remastered edition of the game is to be reminded of how the original exerted an unmistakable influence on contemporary video games like Nioh and The Surge. But the cleaned-up visuals and superior performance offered up by this remaster spearheaded by Polish studio QLOC are a double-edged sword: They may often enhance the qualities of a modern masterpiece, but at other times they undermine the mysterious and sinister tone that made the original so memorable in the first place.

In Dark Souls, you play as an undead being who must traverse a labyrinthine world of ruin and darkness. There’s no map to give you a basic sense of direction, and the figures you meet throughout the game tend to provide uncertain purpose for your journey. All you know is that when you defeat enemies, you collect their souls, which can then be exchanged for more power at bonfires that also have the ability to heal you. If you die before using these souls at a bonfire, you will lose them and be automatically revived at the last bonfire you visited, and from there you only have one chance to retrieve the souls as you retrace your steps back to where you died. And though a bonfire is the only equivalent of a home that you will have throughout Dark Souls—and what a magnificent relief it is when you find a new fire in an unfamiliar, precarious environment—most vanquished foes are resurrected every time you sit before the flames, suggesting that salvation is but an illusion.

The ambiguity of your quest and the risk-reward mechanics behind the souls and bonfires are illustrative of a multifaceted existential crisis. Unlike the typical action-oriented RPG that gives players a clearer idea of progression and flatters them with material currencies, Dark Souls functions not unlike a cosmic horror story, demanding that you figure out the meaning of it all for yourself while engaging in questionable rituals centered on exploiting the spiritual essences of ostensibly living things. The idea of respawning enemies has been a common feature of video games for decades, but Dark Souls’s diabolical enemy dynamic—non-boss adversaries stay dead until you rest at a bonfire—raises doubt within the player’s mind about whether it’s even worthwhile to persevere within such a purgatorial framework.

Most significantly, the repetition and toil of this experience provocatively mirrors the way life often goes in the real world. Dark Souls captures the ennui of building toward a goal that often feels unreachable, and should you reach the goal, does your success actually advance your understanding of why you’re alive, especially when more tests lie ahead?

There’s no denying that the upscaling that went into this remaster frequently magnifies the mood-setting minutiae of the game’s world. The moss that decorates so many ancient structures shows up more clearly now, as does the rust on the old ladders you climb and the scratches on your much-used shield. The greater focus on such details accentuates the general sense of entropy that characterizes Dark Souls. As the cleavages in the game’s various architectural elements have increased sharpness, the pristine appearance of Anor Londo, a geometrical spectacle if there ever was one in gaming, stands out even more as a contrast to the unkemptness of other areas.

This remaster’s finer graphical lines also ratchet up the horror and sadness of Dark Souls. Now, when you’re ensconced in the visually enhanced web tunnels of Quelaag’s Domain, the impression that bugs are crawling all over your body is liable to feel stronger than ever. The sight of once-human deformities crawling about in Demon’s Ruins was already disturbing in the original game, but the technically superior rendering here highlights the suffering that much more. And killing the Moonlight Butterfly seems like a greater sin in this version, as the radiance of the flying wonder has been doubled.

But just as the extra visual definition giveth, it also taketh away. The white light that you must pass through to get to new areas and critical battles is no longer a haze that summons a sense of grave and awe-inspiring mystery; it now has a contrived texture that recalls an amateurish special effect from a laughable Syfy production. The Hellkite Dragon that stares at you on the opposite side of a bridge has lost some of its menace, looking skinnier due to its smoother-looking delineations. Yes, it’s nice to be able to make out what Blighttown should look and feel like now that the area is no longer victim to frustrating framerate drops. But it may very well be a problem when the “blight” is taken out of the town in Dark Souls, when a bizarre experience has been normalized in the name of technological advancement.