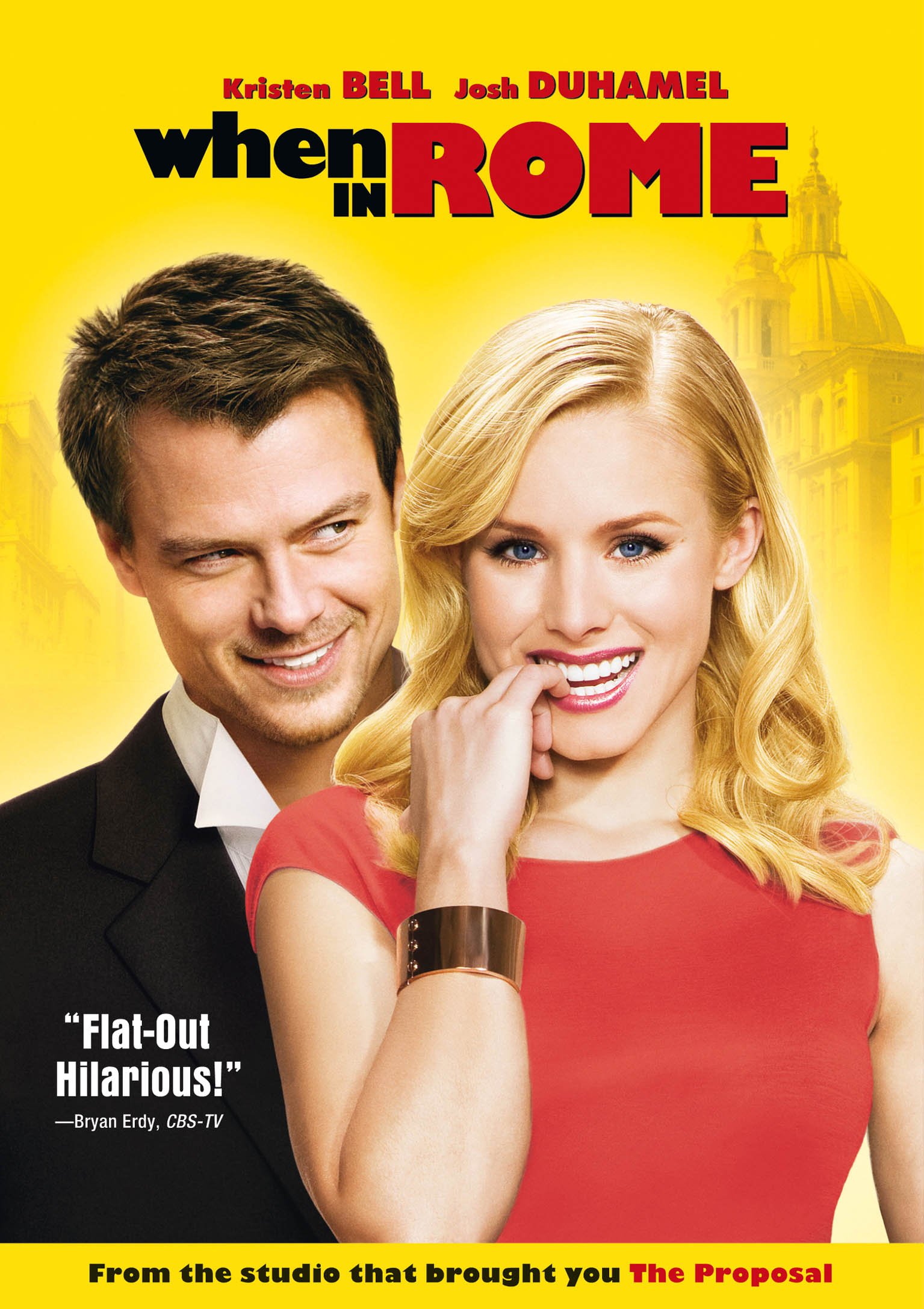 Counseling his daughter Beth (Kristen Bell) on living life to the fullest, Don Johnson’s lothario daddy muses, “If you’re going to be a bear, be a grizzly.” To follow his metaphorical lead: If you’re going to be an abysmally unfunny disaster, be When in Rome, a romantic comedy of such staggering ineptness that it actually makes one wish director Mark Steven Johnson would redirect his attention back to the superhero genre he sullied with Daredevil and Ghost Rider.

In an arrhythmic tale of magic that has none itself, workaholic art curator Beth goes to her sister’s impulsive Rome wedding, falls for her new brother-in-law’s best man Nick (Josh Duhamel), and then, after becoming heartbroken, plucks five coins out of the Fountain of Love. Some hocus-pocus nonsense later, the men who threw those coins (Danny DeVito, Jon Heder, Will Arnett, and Dax Shepard, all mugging without restraint) suddenly fall in love with Beth and follow her to New York, where they interfere with her efforts to stage a big gala event at the Guggenheim as well as her budding romance with Nick, whose coin Beth may have also grabbed from the supernatural fountain.

Working from a script that drags out plot-advancing sequences to interminable lengths, Johnson directs without any sense of comic zippiness or bite, as well as any formal steadiness, with numerous shots either cutting off key objects or obscuring the very action meant to be seen. That’s not actually an altogether bad thing, as Bell and Duhamel exhibit so little chemistry or ability to make something funny out of nothing that When in Rome’s finest moment winds up involving the frame going intentionally black. Scenes of dreary pratfalls and races-against-time appear to have been conceived of, and juxtaposed, at random, and what throwaway cameos by Lawrence Taylor, Warner Wolf, and Shaq are doing here is downright mystifying. Meanwhile, Anjelica Huston, as Beth’s imposing boss, sleepwalks through a perfunctory role so far beneath her it’s a wonder she could even see it. By the time Heder’s Napoleon Dynamite co-star Efren Ramirez shows up as, naturally, his funny foreigner sidekick, the film’s desperation has become overpoweringly evident, as has the fact that Heder remains a quirky-weirdo one-trick pony.

An attractive eyesore at best, with top-notch black levels and shadow delineation and little in the way of artifacts, but color saturation is dubious: Skin tones are on the yellow side, as are plenty of Rome’s edifices, which suggest they’ve been worn down over the years not by Mother Nature, but by cascades of urine. The audio is shrill across the board, from the music to the overzealous foley sound, but its perfectly balanced through and through.

A blooper reel and three deleted scenes as lousy as anything that made the theatrical cut.

Dreck of the shrillest order, When in Romes drops on DVD with a transfer that looks as if it was literally pissed on.