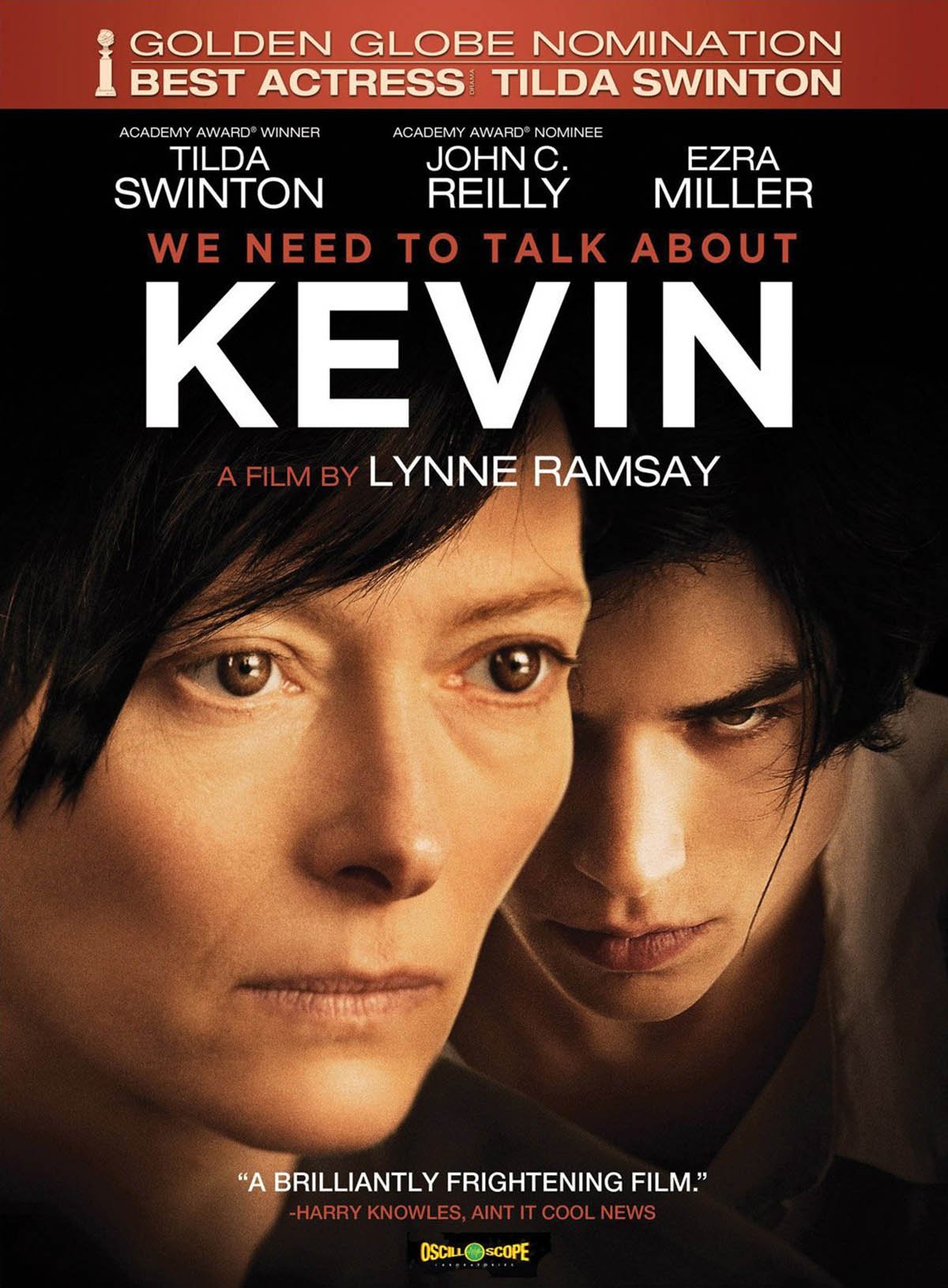 To hear author Lionel Shriver speak of the genesis of We Need to Talk About Kevin, it’s no surprise that the film adaptation turned out the way it did. Although rife with artifice, abstraction, and strained ambiguity, Lynne Ramsay’s film genuflects before Shriver’s self-enamored super-concept, an epistolary tale that joins together two taboo subjects: a mother who hates her son and the high school massacre that results from their loveless relationship. It might be immaterial that Shriver’s attitude boils down to “I had two great things that went great together, I wrote each chapter like a letter, and voilà!” if it weren’t for the way her complacent attitude is taken not only for granted in Ramsay’s film, but as oracular truth, not to be questioned. Shriver is one of those blessed creatures who can say what we’re all thinking, but are ourselves afraid to put into words, don’tcha know? Ultimately, the film is little more than a sedan chair for Shriver’s presumptuousness.

Granted, the piledriver approach is leavened somewhat by Ramsay’s unquestionable knack for illustrating designer suburban despair and/or squalor, whether depicting the pre- or post-catastrophe existence of Eva Katchadourian (Tilda Swinton, in a performance of customary brilliance), whose son Kevin (Ezra Miller) has recently committed several gruesome murders with a bow and arrow. Ramsay’s effects, however, quickly cross a threshold of diminishing returns, and begin working against abstraction, like a game of “Twenty Questions” that’s gone into its 400th question. Each one of the twin concepts of Shriver’s novel, fittingly, provides the most thuddingly banal answer to the question inherent in the other. What happens when your mother hates you? You go on a killing spree. And why did you go on a killing spree? Because my mother hates me. In the end, the eye-filling, pyrotechnic direction is deflated by inbred pseudo-psychopathology.

Almost as annoyingly, We Need to Talk About Kevin squanders its one high-value chip, the “unreliable narrator”—a musty old shoe of art-house pretense if there ever was one. Accepting the unreliable narrator at face value, the film is not literally narrated, but Ramsay makes all the correct stops on the itinerary, and arrives at the same destination. The story is a running confessional, as Eva holds herself singly responsible for the mayhem wrought by her son, who was a demon seed right from the birth canal. How that works: Kevin had no say in his evil, it was cut from the cloth of the woman who gave birth to him. He was a Kubrick-glaring baby, a Kubrick-glaring toddler, and he grew up to be a loathsome, brooding maniac, riding an express train straight from the womb. Unlike the Harrises and Kliebolds, the Anders Breiviks, the Seung-Hui Chos of the world, Kevin’s accountability is voided by Eva’s shame, self-loathing, and self-imposed exile. In other words, it’s a pretentious pity party.

In the film’s final scene, as with the book’s, the suffocating veil of Eva’s “unreliable narrator” status is drawn back somewhat, revealing a markedly more humanoid version of the incarcerated Kevin, just before he makes the transition to grown-up prison. These fleeting moments suggest a We Need to Talk About Kevin that isn’t buried beneath layers of garish effects and the ironic repurposing of cheerful pop music. In a film that ought to be filled with sadness and regret, it’s only in the final minutes that we feel anything other than fatigue and several shades of indignation.

I glimpsed some pretty bad interlacing in a few early scenes (take a look around 18:39), but it didn’t seem to be a consistent problem, as Oscilloscope’s Blu-ray faithfully reproduces the subtly shifting palettes of Seamus McGarvey’s brilliant widescreen cinematography. However, while the picture is mostly impressive, ghosting and haloing seemed to recur often enough to dock a few points.

Calculated counterpoint is the dominant theme of We Need to Talk About Kevin’s intricate sound mix—noise from “the incident” is woven into La Tomatina sequence, for instance, and Buddy Holly’s “Everyday” is, infamously, crushed under the boot heel of Lynne Ramsay’s foghorn ironic sensibility. With the Blu-ray’s lossless DTS-HD 5.1 audio, the countless, imbricated layers of the film’s soundtrack will swirl around your speaker array, mirroring the banshee-like discord of Eva’s psyche.

A half-full quiver made to look like a full one. The extras mostly consist of talking heads in various settings, talking about the film without really talking about it: Producers, cast, and crew speak to off-screen interviewers in closed settings, or at festival receptions. Oscilloscope took this footage and somehow produced three different supplements. Other extras include the theatrical trailer, additional footage from La Tomatina festival (the film’s bright spot), and a well-meaning but redundant essay by psychoanalyst Mark Stafford.

Now that the worldwide success of The Avengers has put the kibosh on Lynne Ramsay’s egregious attempt to demonize the noble sport of archery, we can safely talk about Kevin in the warm light of Oscilloscope’s visually okay but aurally spectacular Blu-ray.