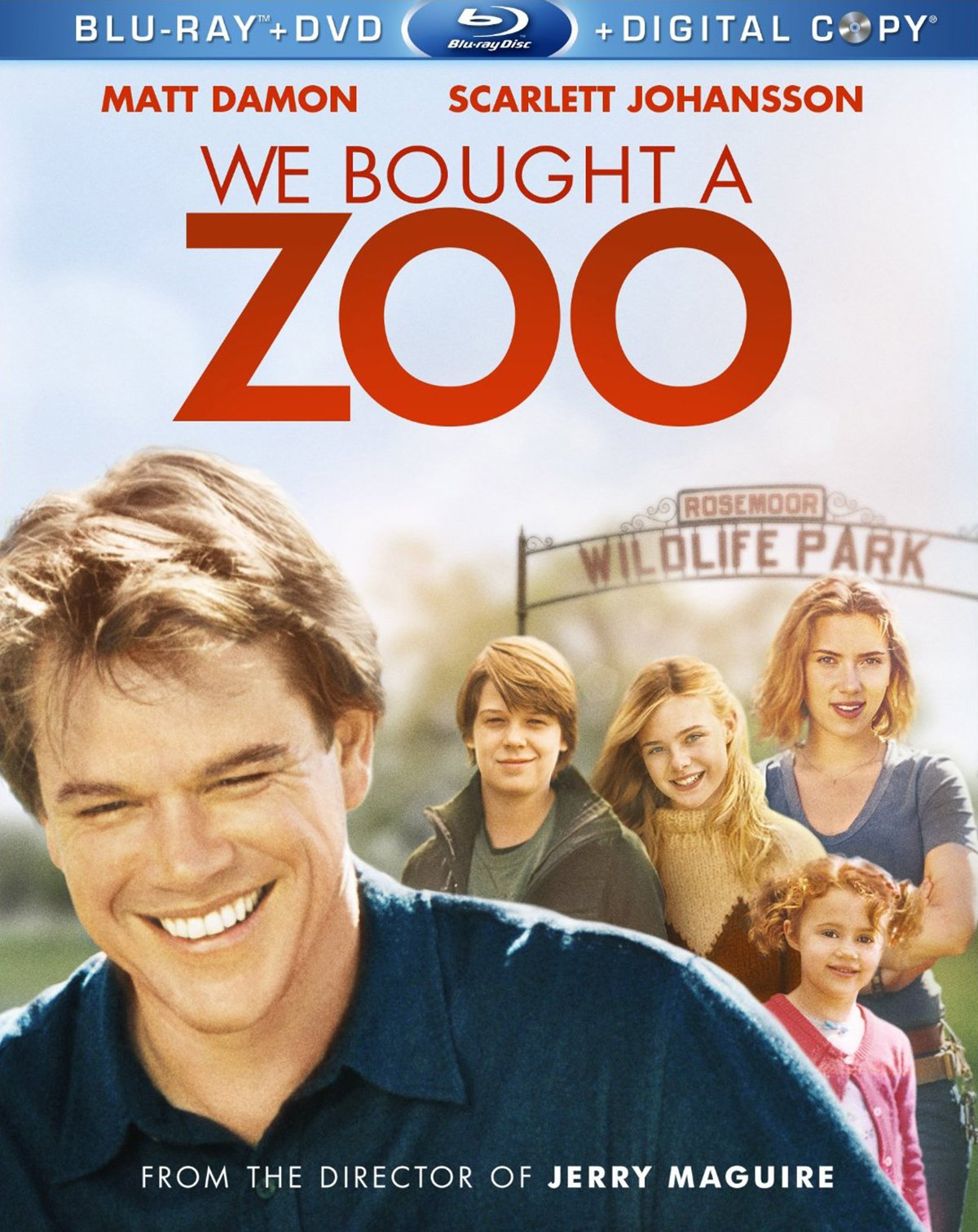 “Unlimited power!” That’s what we tend to envision directors saying after they’ve touched their lips to the cup of critical and/or financial success, and Cameron Crowe certainly fit the bill of “It” writer-director after making Jerry Maguire and Almost Famous at the tail end of the ‘90s. Seemingly touched by the hand of some kind of higher power, he spent almost as many years slipping on not one, but two epic banana peels: Vanilla Sky and Elizabethtown. The first was an overindulgent, freaky quasi-sci-fi whatsit that remains largely forgotten; the latter is an unfiltered, shame-free wallow in the effluvia of the director’s pop-Americana-seriocomic psyche, freebasing on “Free Bird.”

The cosmic irony is that Elizabethtown actually begins as an outsized metaphor for itself: Orlando Bloom’s all-American Drew Baylor, a boy genius who sees himself as a kind of visionary hiding in the matrix, causes his company to lose a billion dollars thanks to an aesthetic-executive decision that, in retrospect, exemplifies the very concept “planet-destroying implosion of hubristic excess.” In the end, with the help of one of the director’s archetypical Girl Fridays (played by Kirsten Dunst), the hero Lets It All Go and hits the open road to Find Himself. The irresistible force of the director’s unchecked torrent of love-me-and-also-like-me collided with the immovable object of audience apathy; the result was a break in activity that felt like a self-imposed exile, even compared to the typically wide gaps in his résumé.

The return seems strangely timed to form a trifecta—with Moneyball and The Descendants—of films in which Soderberghite Brat Packers display their middle-aged, Oscar-friendly wares in 2011; a little twitch in the alignment of the celestial orbs and Crowe’s We Bought a Zoo could have been the awards contender, so perfectly does it fit the profile. It’s warm, intelligent, user-friendly, but a little bit different-drummer—a Hollywood product on the scale of any other, but infused with the personality of its creator.

With a premise that’s eerily similar to the beginning of The Descendants, We Bought a Zoo begins as adventurer-author-journalist Benjamin Mee, still reeling from the death of his wife, finds himself the sole provider for his two intelligent and reasonably self-aware kids: a troubled teen (Colin Ford) and a precocious little sweetums (Maggie Elizabeth Jones). His professional concerns are also thrown into chaos, and, when partying neighbors have kept his daughter from going to sleep for the last time, he packs up his family and goes house-hunting. Using his daughter’s intuition as his compass, Mee finds a house that’s perfect in every way except one: It’s attached to a (barely) functional zoo.

Crowe’s previous features have historically been pretty light on story, taking shape as a flow of situations, rooted in the lightest frame of a premise, with next to nothing at stake; We Bought a Zoo uses the “guys, we have to save the revered, underdog, financially upside-down institution” template, but within the lines of that template is a legitimately thoughtful consideration of Crowe’s favored themes of family unity, taking risks (and often doubling down) on extra-long long shots, and making massive lifestyle changes at the expense of feeling safe and secure. More so than any film he’s made since Almost Famous, We Bought a Zoo is rich in nuance and texture, soft-pedaling even the most characteristically winsome showers of Crowe-ean sentimentality.

It’s also his most Hawksian film to date—the obvious point of comparison being Hatari!, which saw the elder auteur’s confidence reach such a pinnacle that he was content to fling his preoccupations around an open field of pure wildlife spectacle and people working in teams, rather than putting everything together with the meticulous precision of his earlier masterworks. Like a late Hawks film, the half-invisible structure of We Bought a Zoo consists of what Crowe chooses not to emphasize, or emphasize only gently. Chief among them is the relationship between Mee and his recently departed wife, who forms the third part of an undeclared love triangle that also includes the fiery, plainspoken Kelly Foster (Scarlett Johansson). When Crowe finally goes for broke in the film’s finale and reveals for whom/what reason it’s all been done, he delivers one mighty, decisive stroke of magical realism, of a kind that’s hitherto only prowled at the edges. It’s a significant payoff, given the strength of his reserve up to that point.

The script was given to Crowe by The Devil Wears Prada screenwriter Aline Brosh McKenna, making this the first time in the 29 years since Fast Times at Ridgemont High that he’s ever split the screenplay credit with another writer. If you listen closely to some of the more necessary, plot-driving dialogue, and examine closely some of the more structural scenes and developments, you get the sense that the script, like the zoo, had a previous owner, and had fallen into disrepair, before finding its way into the hands of someone who saw that its heart wasn’t in Smart Screenwriting expedients and all-important “let’s save the zoo” drama, but in the nuance and texture of characters whose every thought and feeling isn’t spelled out in block letters, if they’re spelled out at all. In the character of Dylan Mee, the protagonist’s troubled son, Crowe may have unsubtly sketched an heir to Say Anything…‘s iconically rain-soaked romantic Lloyd Dobler. But he’s a complicated kid, a teen who’s in denial about his darker, misfit impulses, but not entirely wrong in being in denial, since he’s got a lot going for him, namely his burgeoning adulthood and sense of accountability. In one of the film’s many fine moments, he expresses sincere remorse over an act of stupidity and irresponsibility, a remorse that follows a path to anger and indignation when his father won’t stop dressing him down over the issue. Characters with these many inner moving parts are rarely found outside of Crowe’s films, which shouldn’t be a surprise, since almost no other American writer-director has had as much success in sketching young people on the tipping point of a more advanced sense of awareness and self.

You’d expect, after the long vacation, that Cameron Crowe would shoot We Bought a Zoo on the Arri Alexa and run it through some coked-up editing and color correction process. Surprisingly, this deceptively modest dramedy was shot on 35mm, largely with smartly deployed handheld cameras and moderately telephoto spaces that have a curious balance of tightness and openness. Crowe doesn’t get the big ups from critics for his formalist chops, but that’s been his consistent style for over 20 years, and it works beautifully. He really turns up the dial on the splashes of sunlight, crisscrossing the frame and giving Matt Damon’s beatific, designer-disheveled noggin an appropriately Olympian halo. Fox’s high-def transfer, as expected from a new release, looks fantastic, doing justice to Crowe’s modest, sun-dappled setups. Music and the musicality of voices are the cornerstone of Crowe’s soundtrack; he was once the subject of an Onion article that reported that the mixtape auteur would cease making movies and devote his career to original motion-picture soundtracks. The Blu-ray contains a crisp, melodic 5.1 DTS-HD track, a descriptive audio track, and a “family friendly” track, alongside the French and Spanish audio tracks.

Alongside the usual “gag reel, commentary, and deleted scenes,” We Bought a Zoo’s making-of feature, “We Shot a Zoo,” is distinguished for brandishing, at least for its first 30 or 40 minutes, exactly the kind of embarrassing, cute, Tuesdays with Morrie-ish tripe the actual film manages to avoid. It opens with ear-icidal narration by Crowe himself, waxing poetic about how “every film is a journey” and all kinds of other shapeless inanities. We learn some of the differences between the real Benjamin Mee’s tale and the one told in the film (he’s British, his wife passed away after the Mees bought a zoo), and eventually things settle into a tolerable groove. There’s the usual glad-handing and “working with so-and-so was so amazing” and the like. In one amusing moment, the entire cast and crew (led by Crowe) converse only in Spanish; Damon helpfully explains that they’re trying to qualify for the Best Foreign Language Film Oscar.

A slick, professional high-def disc that’s designed a little like a handmade mixtape, there’s plenty of heart and soul (and brains) in Fox’s excellent Blu-ray for We Bought a Zoo.