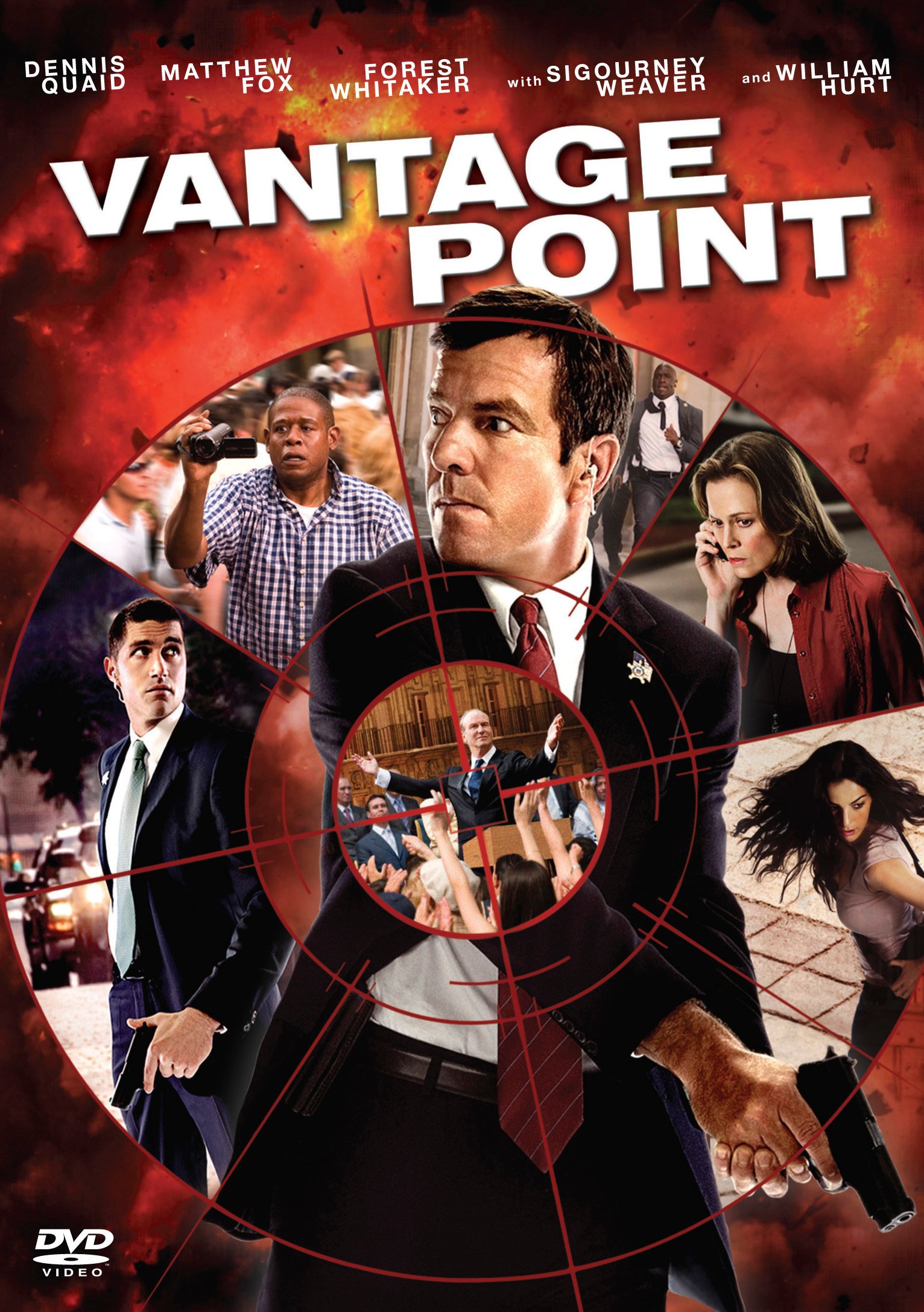 Bombs, snipers, terrorist sects, an assassination attempt on the President of the United States (William Hurt), car chases, betrayals and lines of dialogue like “Where’s my brother?” comprise the restless, frenetic 90-minute running time of Vantage Point. Nevertheless, it’s mind-numbingly tedious, perhaps because the rhythm, the plot, even the seemingly indestructible veteran Secret Service agent Barnes (Dennis Quaid, our favorite aging star quarterback) seem lifted wholesale from any random episode of 24. Told from multiple perspectives, where the audience only has as much information as the character we’re following (such as Sigourney Weaver’s hard-ass news producer and Forest Whitaker’s camcorder-wielding tourist), the plot relies heavily on characters gaining access to information before we do. At least twice, Barnes is watching a video screen whose content is teasingly kept right off-camera, then gasps, “Oh my God!” before we dissolve to another character and have to sit through the entire action again, Groundhog Day-style, until we are underwhelmed by the reveal of the missing information. Those dangling carrots quickly grow tiresome. Vantage Point is yet another case of fractured narrative storytelling in service of a story that would be shamelessly cliché and obvious if it were told in linear sequence.

The sound is loud but not nearly as brash as the film’s image, which is clean but burdened by vulgar instances of edge enhancement.

On his commentary track, director Pete Travis praises Vantage Point as if it were actually anywhere near the same league as the films he claims to have been inspired by (among them The Parallax View and The French Connection), when this trash isn’t even United 93. Cast and crew similarly extol the film’s style throughout a series of interviews and featurettes. Also included on the disc is a litany of theatrical and video previews.

Until 24 is back on the air, we won’t be able to wash the bad taste of Vantage Point from our mouths.