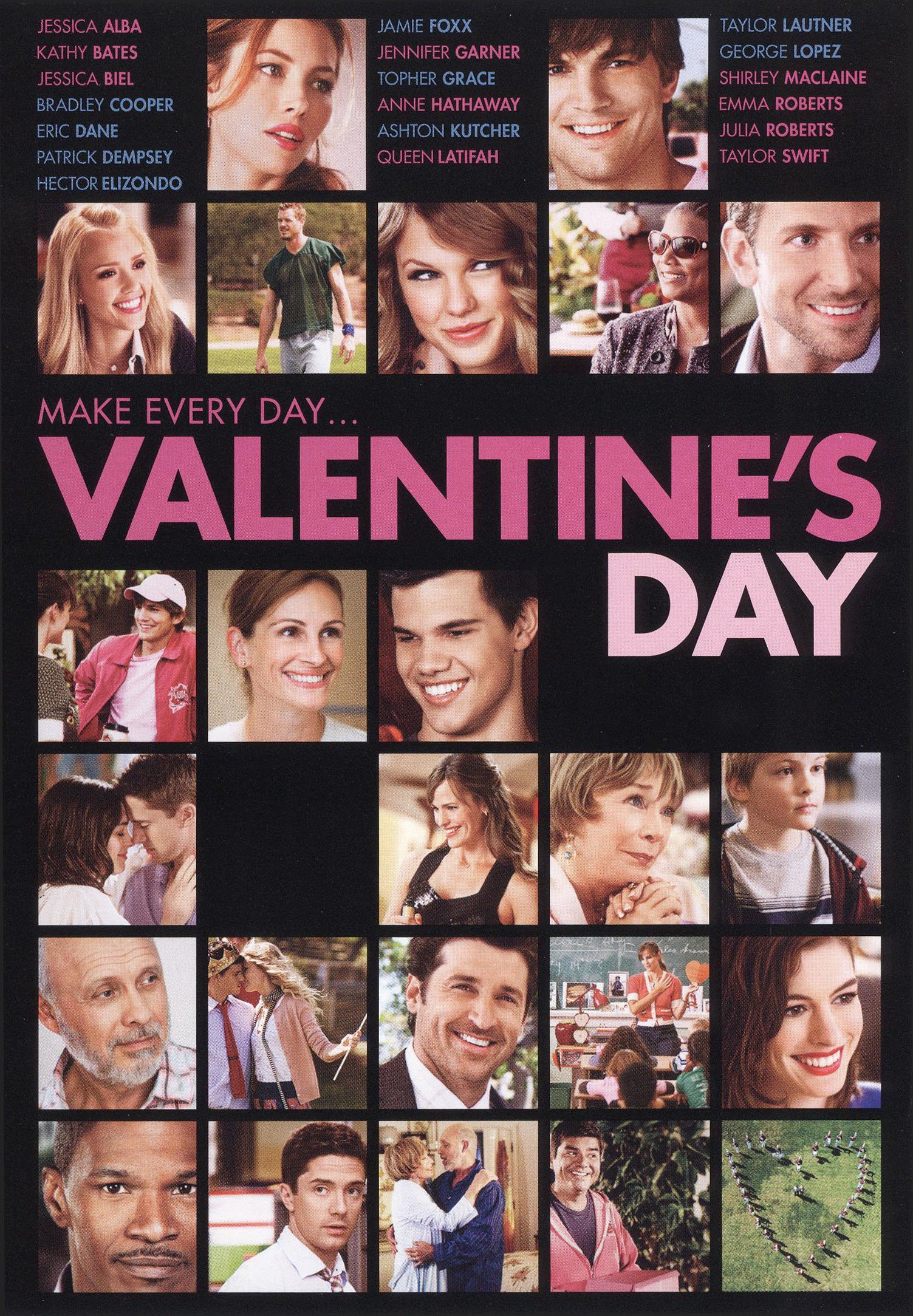 Garry Marshall’s omnibus rom-com Valentine’s Day is about as personal and memorable as a seasonal card your significant other snatches up from a local Duane Reade at the last minute, knowing full well that it’s the thought that counts. It’s a token gesture and hence one with some semblance of emotion to it but nothing worth recalling. Marshall’s milquetoast comedy similarly knows it doesn’t need to be coherent and hence relies on two central contradicting truisms: 1) love cannot be planned, and 2) sorry, haters, Valentine’s Day is a way for lovers to prove to each other that they care by showing off in front of other people.

So says George Lopez’s “Wise Latino,” a conspicuously ugly update of the “Magic Negro” type that dispenses advice because, well, he’s got the wise perspective of an “immigrant mentality,” as he puts it. In a nutshell, Lopez gives voice to the film’s brittle ideological backbone when he tells Ashton Kutcher on two separate occasions that people feel more than they think when they’re in love and that holidays are meant for calculated loving. That kind of nonsensical, affected clap-trap is a big hint as to why Valentine’s Day never takes off: Pretty-looking Barbie dolls, some with actual range, aren’t asked to work for their paycheck, but simply to pout and twirl about in designer clothing for the sake of setting up skimpy jokes and strained dialogue about “true love.”

It’s hardly surprising that a sequel for Valentine’s Day has already been green-lit. The film’s narrative is blissfully itinerant, wandering from one episode to another with a care-free abandon that ostensibly speaks to the way the protagonists’ love pangs have left them completely emotionally disarmed and untethered. Love apparently makes us all blind, crazy, and curiously non-threatening. Along those tediously inchoate lines, people act more like types than actually people in the film: an old (i.e. stable) couple (Hector Elizondo and Shirley Maclaine) have their faith tested when an undisclosed infidelity comes to light; a couple of fifth graders (i.e. adorable and innocent) fall for each other after much trial and tribulations because they’re young and don’t realize that a mutual appreciation of Frank Zappa is apparently enough to instantly transform a tentative tolerance into genuine emotion; a teenage (i.e. ditzy and hormonal couple) couple (Carter Jenkins and Christine Lakin) decide to wait to have sex after he decides to get naked and strum on his guy-tar for her (how clumsy! How silly! How original!).

Valentine’s Day brings out the cynic in the viewer, especially thanks to idiotic banter like, “Time for chocolate,” which is answered by a punch-drunk Jamie Foxx with the dispiriting and bewildering rejoinder, “I am the chocolate.” It isn’t so much a film as it is a laundry list of insincere clichés: there’s the cheating husband (Patrick Dempsey, of course); his jilted, self-righteous other woman (Jennifer Garner), the kind and knowledgeable young guy (Kutcher) that gets his heart stomped on after he proposes (i.e. proves his love to his special lady-friend by spending way too much money on a rock she’ll only wear for a month); the jaded cynic (Emma Roberts); the girl that’s keeping her job as a phone-sex operator (Anne Hathaway) a secret from her sincere (i.e. skittish) boyfriend of two weeks (Topher Grace); and of course, the sassy airport baggage claim guy (Larry Miller) that helps someone to board a plane at the last minute, all for the sake of romance. Humbug.

Eventually you expect—nay demand—something, anything memorable to happen to justify fiery ire instead of just a shoulder-shrug of contempt. Not even a Joe Mantegna cameo, nor even a cute voiceover from throaty pop musician Paul Williams as a Wolfman Jack-type deejay, can make Marshall’s star-fucker extravaganza more than just a 125-minute long string of fortune-cookie truths and diluted sitcom yuks. And yet, every time the film transitions from one vignette to another, you can’t help but hope that Lars von Trier will show up with a red velvet cloak and tell us that what we’re watching is in fact just another one of his pranks. His kind of abrupt, petty irony would surely cure what ails the Valentine’s Day set’s annual exultation. For the rest of us, there’s always alcohol and Netflix.

Among the reddest films ever made, Valentine’s Day is better-looking than Invictus on DVD, but the visual presentation is still rough going. Black levels are strong, as is shadow delineation, but pixilation is sadly evident throughout, and not just during fades in and out. Though the infinite shades of red and pink are splendidly balanced, you have to imagine something had to give with this much color in a film. The audio is strong: The score, while obnoxious, meshes fine enough with the well-balanced dialogue and the subtle surround effects.

Aside from previews, including one for the upcoming Sex and the City 2, the discs only supplemental material is a collection of additional scenes introduced by the reliably frightening Garry Marshall, who prefaces this nightmare montage by quoting—no joke—William Faulkner’s famous “kill their little darlings” line.

An eyesore on the big screen, Valentine’s Day is now close to one on your TV. Go read The Sound and the Fury instead.