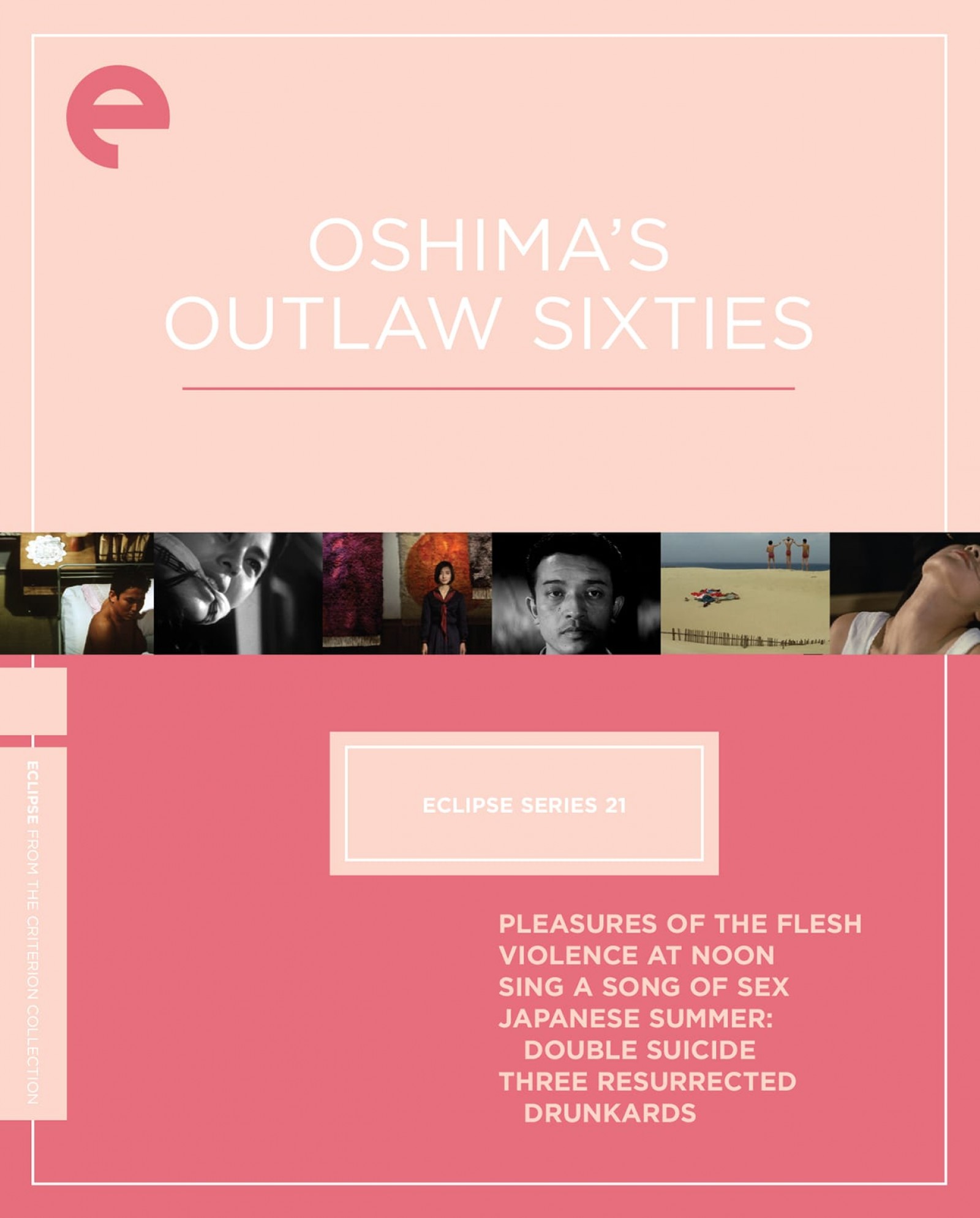 Jean-Luc Godard once likened his aesthetic to that of “the sniper on the roof,” a description that also fits Oshima Nagisa’s assaultive camera like a glove. Though roping these two filmmakers together, as it’s routinely done, can easily lead to a reductive flattening of the vastly different cultural upheavals in which they flourished, there’s no missing the deconstructive affinities between Oshima and JLG as they moved through cinematic landscapes like modernist wrecking balls. Rejecting national and filmic traditions (“My hatred of Japanese cinema includes absolutely all of it,” he notoriously declared), Oshima peopled his films not with samurai, but with alienated students, thieves, rapists, imploding families, reckless lovers, and anybody else caught between their visceral impulses and imperial society’s suppression of them. Surely, the shakeup auteur felt a kinship with these outlaws (indeed, the connection between artist and criminal is made explicit in Diary of a Shinjuku Thief, one of Oshima’s greatest achievements), and his assorted troubles with studios and censorship attest to a recalcitrantly antiauthoritarian streak that would go undiluted all the way to 1999’s Taboo.

A five-disc flurry of political unrest, carnal tumult, and artistic revolt, the Oshima’s Outlaw Sixties Eclipse set opens already deeply steeped in the filmmaker’s recurring thematic totems: sex and defiance. Shot independently in 1965 following a breakup with Shochiku Studio, Pleasures of the Flesh is nominally part of the “pink” (soft-core sexploitation) genre. The protagonist is a struggling tutor (Nakamura Katsuo) whose love for a wealthy young pupil goes unanswered even after he kills a man to protect her honor. Enter the murder’s single witness, a shady government official who blackmails the scholar into hiding his embezzled millions while he serves jail time. Instead, he seizes the loot and, in a series of masochist Vertigo mini-scenarios, proceeds to hire women—models, housewives, prostitutes—while attempting to recreate the image of his unreachable beloved in fantasies. Joyless and ultimately doomed, the hero’s S&M spending binge offers a harsh critique of the fool’s paradise of Japan’s postwar economic boom. Foremost, however, the picture is a reminder that, despite the hardcore provocations of In the Realm of the Senses, sex to Oshima is less a tool of titillation than an act of private rebellion—a rebellion which, inescapably entrenched here in the rituals of class and capitalism, is seen as essentially corrupt and futile.

Sexual brutality also fills 1966’s Violence at Noon. Completely reversing the long-take technique of his previous films, Oshima uses outrageously fractured editing—nearly 2,000 individual shots of varying angles, duration, and distance—to deny the viewer spatial-temporal stability. The resulting film plays like an ever shifting, churning, malevolently living entity, not unlike the serial rapist and killer (Satô Kei) terrorizing the countryside. Charting the links between the criminal and two of his victims (a young maid, played by Sae Kawaguchi, and his too-trusting schoolteacher wife, played by Akiko Koyama), the tabloid-lurid narrative trades the urban vistas of Cruel Story of Youth and The Sun’s Burial for the nation’s hopeful fields, and finds them no less tainted by political compromise and twisted violence. The failure of the bucolic commune gazes back at Oshima’s disillusionment with the left in Japan, a mordant sorrow that moves to the fore as the stage gradually changes from Satô’s sweaty “monster” to the growing bond between the two betrayed, violated women, spiritually united via disorientating panning shots that mingle memory and guilt. Yet it would be misleading to equate Oshima’s women to Kenji Mizoguchi’s struggling heroines, or even to the rolling female vigor summoned up by fellow New Waver Shôhei Imamura: The film’s sole survivor carries no transforming new consciousness, only the idealist’s corpse over her shoulder.

Bewildering as it is, Violence at Noon is relatively straightforward next to the set’s three other purposefully short-circuiting revues. Japanese Summer: Double Suicide, an obscure item even by Oshima’s standards, once again stars Satô as a death-scented wanderer. A military deserter yearning for death, he wearily claims to be one hundred years old, which leads the wacky nymphomaniac he meets on the road (Sakurai Keiko) to cheerily identify herself as “zero.” The abstract farce moves to an underground compound, where men are too entranced by rifles and pistols to notice Sakurai excitedly tinkling on the floor. Oshima would proudly boast of Yukio Mishima’s confusion at this vehement Theater of the Absurd; one wonders what the poet would have made of Sing a Song of Sex, with its freeform fusion of semiotics lecture, protest pamphlet, and karaoke night. In it, Oshima contemplates the squandered revolutionary potential of the young as a quartet of university students (including pop singer Araki Ichirô) obsess over women, project disturbing fantasies, and learn from their professor (future director Itami Jûzô) that bawdy songs are true expressions of the masses. Like Japanese Summer, Sing a Song of Love builds to a frontal attack of an oppressive order in which the characters’ blood-stained hands remain lucidly presented even as the celluloid around them seems to be dissolving before our eyes.

The set’s most radical venture, however, may be 1968’s Three Resurrected Drunkards. As in the astonishing Death by Hanging that same year, Oshima addresses Japan’s treatment of Korean immigrants in a virtuosic, vaudeville format that plays like a fanged mix of Ionesco and Richard Lester. The surreal cartooning kicks off at the beach, where three numbskulls in schoolboy uniforms take turns mimicking the grimace of the Vietcong prisoner executed in Eddie Adams’s famous photograph. Their clothes are replaced by Korean fatigues, which is tough luck for the lads since this is “Crackdown on Stowaways Week”; mistaken identities, bathhouse sprites, and bellicose generals ensue. In a perverse act of narrative derangement, Oshima restarts the film midway through and guides his manic trio through the same merry-go-round, with earlier setups leading to new punchlines about xenophobia, militarism, and identity. A procession of lacerating skits that caps the set’s veritable dictionary of taboo-shattering, the film embodies several of the filmmaker’s bracing paradoxes, not the least being his combination of rigorous analysis and fly-off-the-rails experimentation.

Even without the benefit of full Criterion restorations, the image is as brash as a pop art mural, whether in the stark black-and-white of Violence at Noon and Japanese Summer: Double Suicide or the ripe palettes of Sing a Song of Love and Three Resurrected Drunkards. The clean sound does justice to Oshima Nagisa’s often dense aural jiggling.