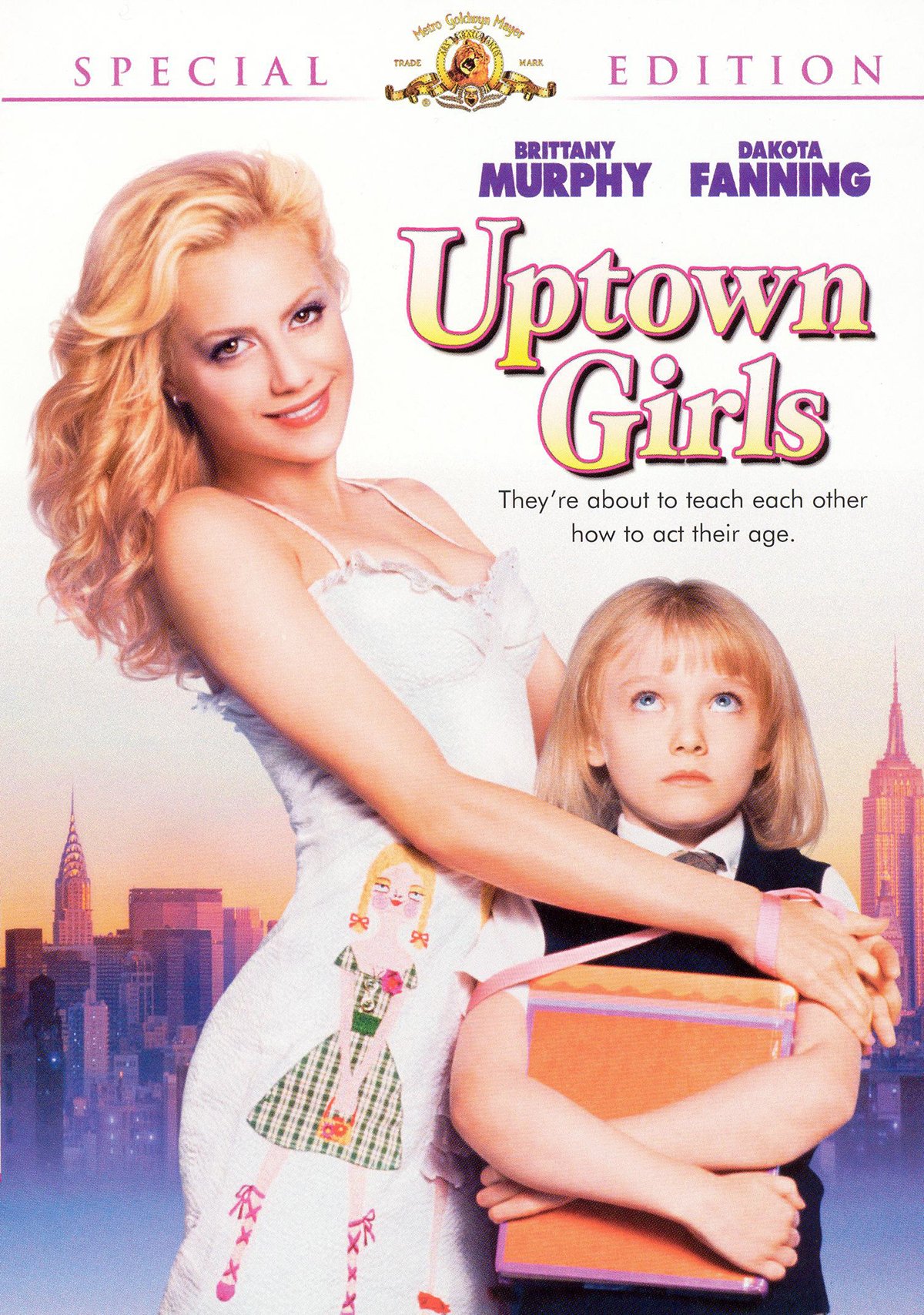 Molly Gunn (Brittany Murphy) is the kooky daughter of a dead rock star whose infamous guitar collection is all she has to remember him by. Ray Schleine (Dakota Fanning) is the frigid daughter of an emotionally unavailable music executive and a father who lies comatose in a room adjacent to her Kubrickian wing of the house. When Molly loses all her earthly possessions, she takes a job as Ray’s nanny (excuse me, “au pair”). First things first: Uptown Girls is a casting triumph. If a studio is going to greenlight a film about a crazy young adult who learns responsibility from an eight-year-old who, in turn, learns how to have fun from the same crazy young adult, you can’t do much better than wild-and-crazy Murphy and devil pixie Fanning. Theirs is a calculated bit of behavioral osmosis, but the experiment is so easy to watch because the pair may just be the scariest actresses in Hollywood. Murphy’s drug addict shtick is still fresh and Fanning’s icy quips position her as tween Hollywood’s Bette Davis. There are two plots at war here: a dopey music industry swipe (think Laurel Canyon sans the hippie sex) and an emotional tug-of-war between two little girls disconnected from the world. Beneath all the egregious name-dropping and shrill celebrity cameos is buried a sentimental but unmistakably endearing melodrama. Uptown Girls has a heart of gold and it certainly has its fair share of killer one-liners. Or maybe the film is so fun because we actually get to see Dakota Fanning slap the living shit out of Brittany Murphy at Coney Island. Camp value: High.

Edge enhancement is scarce, colors are vibrant, and skin tones and contrast are excellent. And since there are only a handful of extras, there are no compression artifacts. The Dolby Digital 5.1 surround track is punchy-every pig squeal Dakota yelp is perfectly audible. Indeed, this is a track to cut your wrists too.

No commentary track but who cares? On “The Lowdown on Uptown,” Dakota Fanning actually acts out for her interviewer how she reacted to a group of fans when they called out to her during the filming of the movie. Next, costume designer describes her no-pants approach on the lively “Rockin’ Style” featurette. Rounding out the disc are 13 deleted scenes (number 12 is not to be missed!), a video stills gallery, Chantal Kreviazuk’s “Time” music video, a soundtrack spot and trailers for Uptown Girls, A Guy Thing, Heartbreakers and Legally Blonde 2.

“Well, I say, Lady Sassaflas, would you like some crème fraiche to go with your darling pastries?”