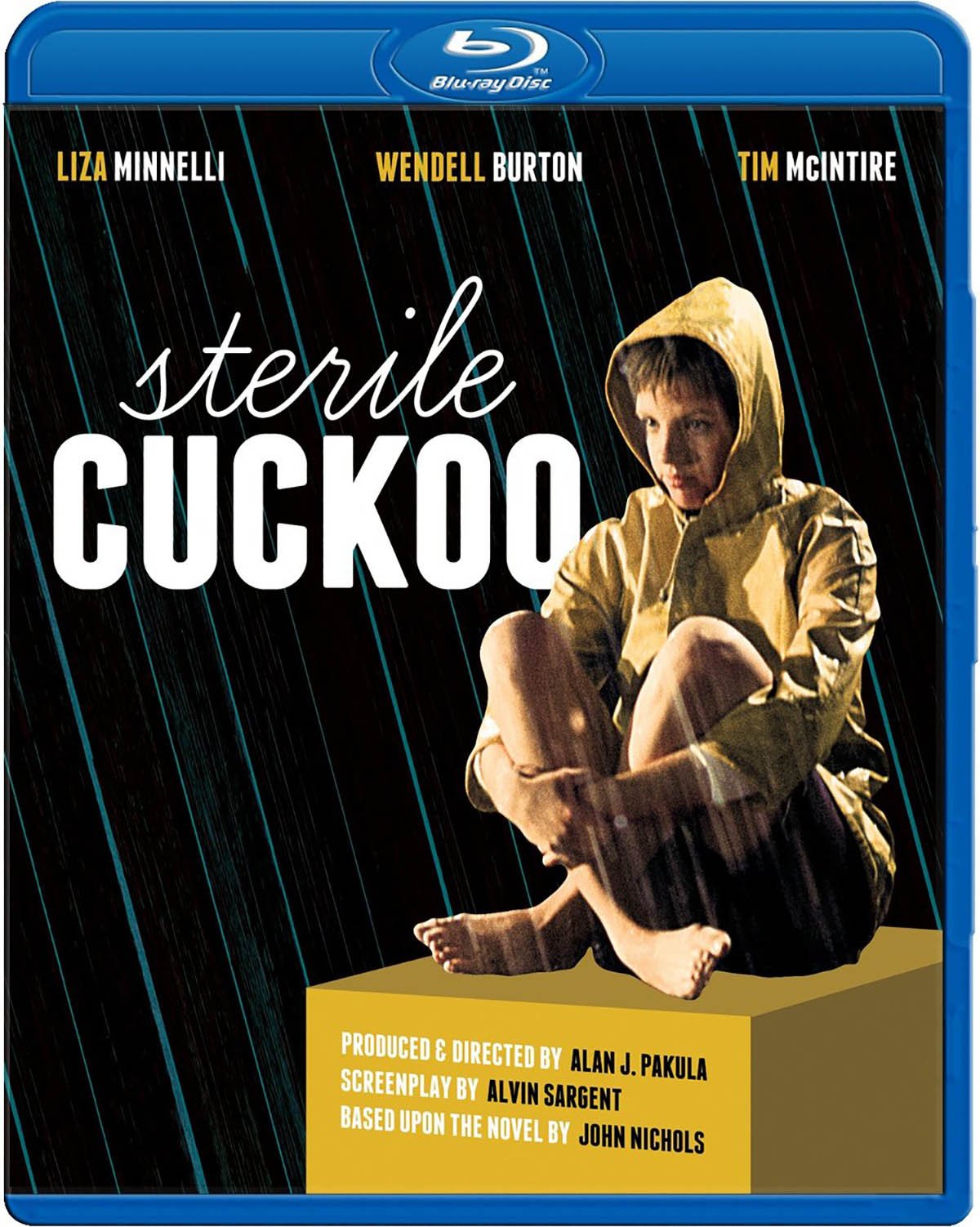 Any narrative history of the Manic Pixie Dream Girl that connects Bringing Up Baby’s Susan Vance with her contemporaries, who are often played by Zooey Deschanel, Parker Posey, and others, must pass through the major intersection of The Sterile Cuckoo and its role in filtering the 1938 film’s iconic kook on her path to indie relevance in films like (500) Days of Summer and Gus Van Sant’s Restless. Having already established his producer credits with several collaborations with director Robert Mulligan, Alan J. Pakula delivered his debut feature at the height of the late-‘60s vogue for the M.P.D.G., but unlike many of its contemporaneous counterparts, The Sterile Cuckoo dares to broach a question largely ignored by movies like Cactus Flower and Butterflies Are Free: Is there something actually, seriously wrong with this chick?

On paper, the concept of Liza Minnelli playing a flakey, small-town girl who helps a withdrawn, small-town boy thaw out and exit his shell through sheer force of whimsy, sounds unendurable in a massively dated, la-de-da, Free Love Generation kind of way. There’s a bit of that, such as the shot of the two young lovers racing toward each other across an open field. On the other hand, as Pakula would eventually go on to direct Klute and All the President’s Men, and other testaments to his clinical, unwavering gaze, presentation is everything. Rather than simply rehashing the old tale of “girl insistently and kookily meets boy, girl and boy fall in love, circumstances threaten to drive them apart,” Pakula looks to track Pookie’s (Minnelli) psychology in looks and unspoken words. It really is the tale of the M.P.D.G. who helps the immature boy find his way into the scary world of grown-ups, but Pakula starts with a foundation of a bitter, clear-eyed delineation of the couple’s furtive courtship, carefully injecting tenderness only as needed. You may feel stifled by the Oscar-nominated theme song, which rears its head at least four times throughout, but you’re just as likely to remember the way the box spring creaks mercilessly as Pookie and Jerry (Wendell Burton) prepare to spend their first night together.

Which happens to be one of the best directed and written scenes of its kind in any movie; neither the boy nor the girl are made into objects of comedy or pity, while Pakula stays his hand in pushing for any kind of dramatic peaks. Pookie tries to vanquish the mutual awkwardness with her own, patented brand of cuteness (“So, wouldja like to peel the tomato?”), and doesn’t seem to want a take-back for her verbal transgressions. She produces a fifth of whiskey, which turns out to be just the thing, though it’s not about getting drunk so much as thawing the ice.

Alvin Sargent’s screenplay doesn’t build up the Jerry-Pookie relationship as some kind of utopian state, eventually to be dashed by circumstances of the drama. As close as they become, Pakula’s direction constantly underlines divisions and hesitations, more often than not in complex long takes, in telephoto spaces, that isolate Pookie in one way or another; cutting frequently sets Jerry up as the looker, eventually the do-er, no more decisively than when Pookie’s concealed bitterness and sarcastic rage is vented in an embarrassing, drunken tirade at a college party.

Minnelli’s performance is a marvel of control and composure, by turns active and reactive, funny and heartbreaking. When Jerry joins his college buddies in their jalopy and abandons Pookie unceremoniously by the side of the road, I don’t know if Pakula told her to gaze past the camera a certain way, or if Minnelli figured it out herself, but it’s a sublime moment, her resigned, placid look radiating waves of crushing disappointment.

As lensed by venerated cinematographer Milton Krasner, The Sterile Cuckoo’s image is heavily influenced by the late-‘60s trend toward a kind of “soft realism,” established by the likes of Conrad L. Hall, Burnett Guffey, and Claude Lelouch’s A Man and a Woman. As such, almost any halfway competent Blu-ray transfer will do, and Olive Films does honorable work with a mostly immaculate print (save for some fleeting age marks). The sound mix suffers when Alan J. Pakula and company shoot outside (Liza Minnelli is nearly inaudible when Pookie and Jerry wander through the cemetery). Subtitles could have compensated for that loss, but the lossless DTS-HD mono track preserves the materials as optimally as possible.

As a Blu-ray, this tomato comes pre-peeled, but Alan J. Pakula’s directorial debut takes a done-to-death story template and revitalizes it with intelligence, maturity, and tenderness.