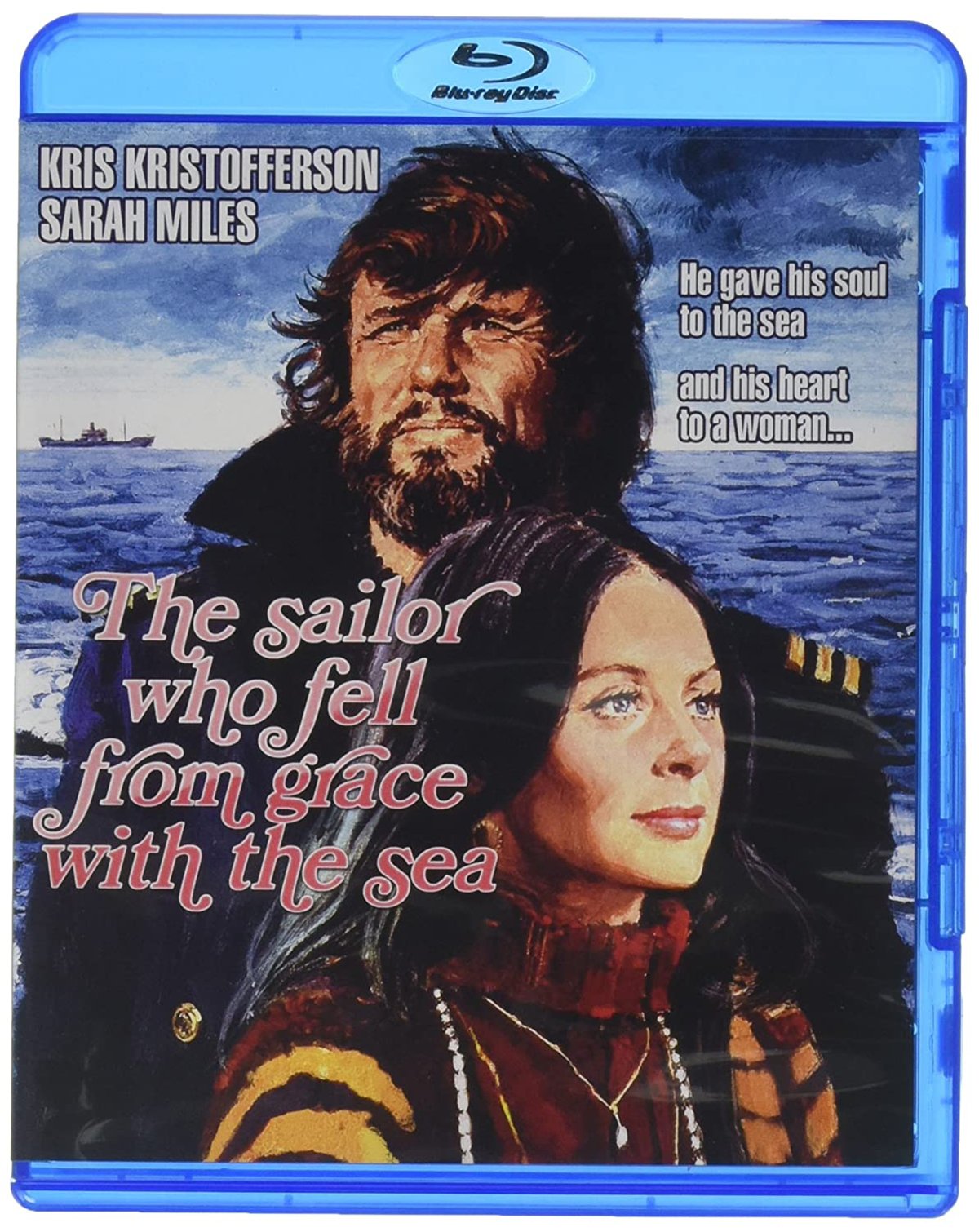 Widowed Anne Osborne (Miles) lives with her adolescent son, Jonathan (Jonathan Kahn), in a large house overlooking the bay. Anne spends her nights gazing longingly out over the water, driven by abject loneliness to melancholy masturbation, until the sight of the photo of her dead husband brings her to tears (a spectacle her son witnesses through a peephole in the bedroom wall). Jonathan, meanwhile, owes his allegiance to a gang of public school boys. Referring to themselves only by number, the lads are led into mischief by a peer known as the Chief (Earl Rhodes), a “precocious” little tyrant who espouses a quasi-Nietzschean creed concerned with “the pure and perfect order of life.” Naturally enough, such a philosophy can only entail destruction and death. In the film’s most distressing scene, the Chief vivisects the family cat in order to arrive at “the core of things,” extracting the poor creature’s still-beating heart.

Enter the Belle of Boston and its second officer, Jim Cameron (Kristofferson). When the freighter limps into the bay, Anne takes Jonathan out to tour the ship, where they’re shown around by Cameron. The lonely widow soon takes a shine to the bearded, blue-eyed swab. Jonathan develops a debilitating case of hero-worship, an intolerable manifestation of “softness” that’s certain not to go over well with the Chief. (Kristofferson’s character, the amiable stranger who holds out the prospect of erotic liberation for the female lead, presents a variation on the role he had recently played in Martin Scorsese’s Alice Doesn’t Live Here Anymore. Prior to that, he tended to play insolent countercultural antiheroes in films like Cisco Pike and Sam Peckinpah’s first-rate Pat Garrett and Billy the Kid.)

For a screenwriter turned director, Carlino wisely relies on his images to carry much of the story. The budding romance between Anne and Jim is conveyed as much through framing, gazes, and gestures, as it is through dialogue. Carlino does give Cameron a fine little poetic-philosophical speech about his landlocked upbringing. Likewise, Jonathan’s twisted Oedipal feelings for his mother, relegated to the back burner during the first bloom of his admiration for the man, come roaring back to life when he spies on the couple making love. Jonathan’s jealousy is only appeased because Jim disembarks with his ship. When Jim decides to return to England, forsaking the sea for a settled life of domesticity with Anne, Jonathan feels betrayed, persuaded that the Chief was right about Jim all along.

As anyone with even a cursory knowledge of Mishima’s life and works can guess, matters will come to a violent conclusion. Carlino undermines the violence’s visceral impact as the boys prepare to give Jim the same treatment as the family cat with a long, steady zoom-out. Their actions are slowly swallowed up in the vastness of the surrounding landscape, as though in mute recognition of nature’s absolute indifference to any human endeavor. The Sailor Who Fell from Grace with the Sea ends on a chilling note entirely consonant with the Chief’s professed beliefs. Though far from any sort of ringing endorsement, the ending nevertheless remains troubling, especially given the spectacular, suicidal theatrics that served as denouement to Mishima’s own self-made myth.

Cinematographer Douglas Slocombe, a veteran of Ealing’s black-and-white comedies who would later collaborate with Steven Spielberg on the Indiana Jones films, captures in gorgeous Technicolor the rugged Devonshire coastline’s many moods: sundrenched and idyllic, pensive and fog-shrouded. Filling every inch of the 2.35:1 Panavision frame with an elegant variety of slow pans and zooms, Slocombe and Lewis John Carlino give The Sailor Who Fell from Grace with the Sea a distinctly dreamy ambience, all the better to enhance the film’s erotic and gothic elements. If only Shout! Factory’s 1080p/AVC transfer did the film’s eerie atmosphere any real justice. Despite claims of a restoration from archival elements, the transfer remains speckled and artifact-laden, prone to seriously crushed blacks and chronic softness. Naturally, outdoor and daylight scenes come out looking best, while nighttime scenes present a spectrum of illegibility. The DTS Master Audio soundtrack fares about as well: Dialogue is occasionally muffled, and sound effects clattery, while Johnny Mandel’s score (modulating from swoony and romantic strings to clanging atonalities when the boys get up to no good) registers well enough.

You know you’re in trouble when the menu screen presents but a single option: Play.

Shout! Factory presents The Sailor Who Fell from Grace with the Sea in a skeletal Blu-ray package, lacking any extras whatsoever, and boasting a middling, muddy 1080p transfer.