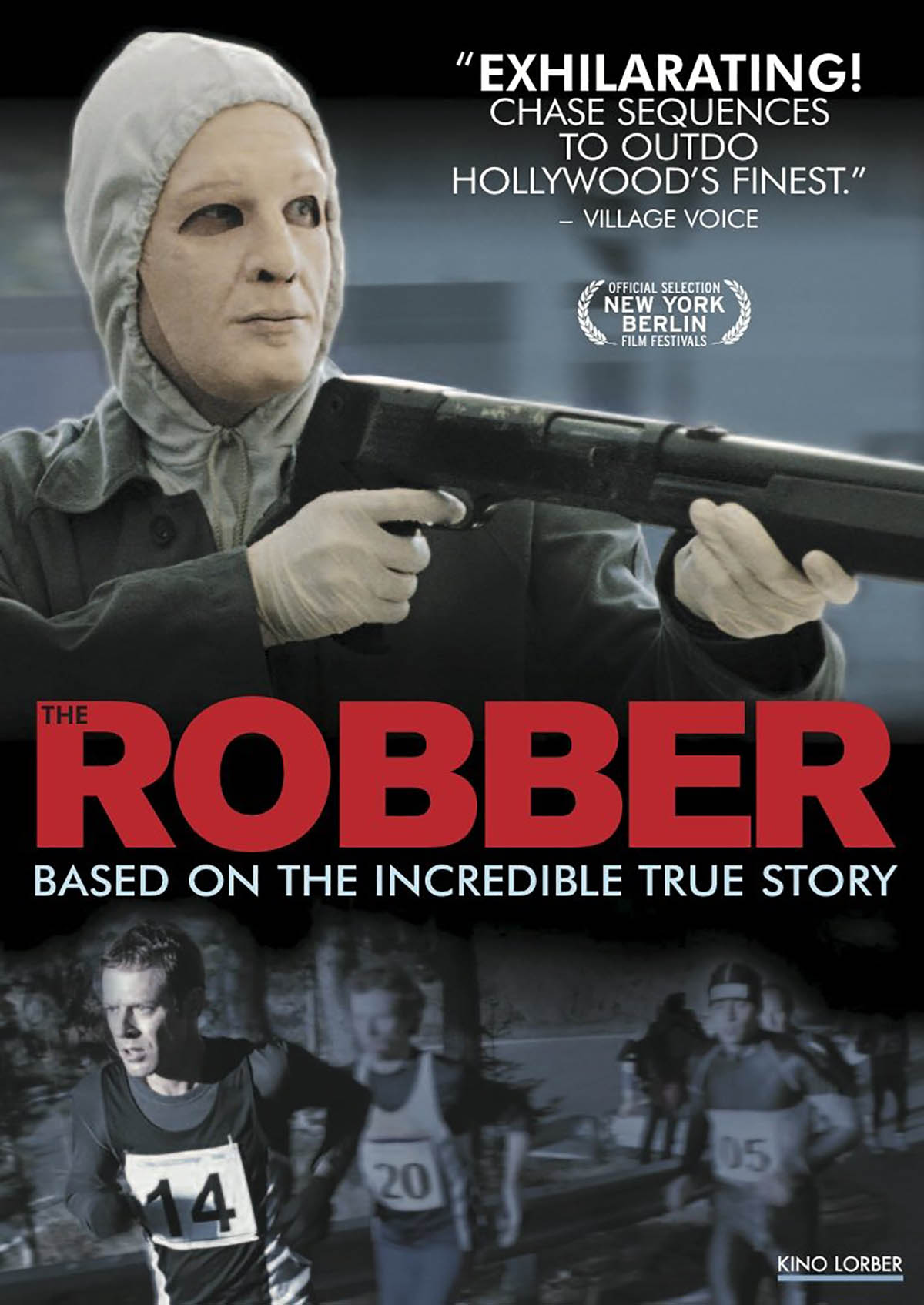 Adapted from Dennis Prinz’s novel of the same name, which was based on real events, The Robber has all the elements of a penetrating character study. Unfortunately, director Martin Heisenberg doesn’t always use those elements to his advantage. According to Heisenberg, Johann Rettenberger (Andrea Lust), a marathon runner turned bank robber, isn’t remarkable because he got his adrenal fix by committing crimes, but because he’s essentially mundane. He’s just an ordinary guy that happens to be driven by extraordinary obsessions.

Heisenberg is fascinated by the idea that Rettenberger is Austria’s answer to Joe Sixpack. Heisenberg accordingly adopts a semi-naturalistic approach to shooting his action scenes. In doing so, he denies audiences the attendant sensational pleasures of watching a man run for his life and freedom. The film’s action scenes feature an exciting character (watching Lust run is terrific), but the scenes themselves are unfocussed and excessively frenetic. These scenes show that Heisenberg isn’t just doing his best to faithfully represent the ordinariness of his central protagonist; he’s also undercutting his film’s main selling points. To get into Rettenberger’s world, viewers have to feel the same rush he feels when he runs and when he robs banks. The film’s action scenes look unpolished and improvised, and for a melodrama that relies so heavily on action, that makes The Robber mostly dissatisfying.

Rettenberger is presented as a man who lives and dies by his commitment to physical training and the ecstatic release that he gets from it. Rituals are everything to him, like the mask and hoodie he wears to rob banks or his ritual of listening to pop music before and after robberies. For Rettenberger, robbing banks is a sport that requires ascetic training. He allows himself one vice: a mostly physical dalliance with social worker Erika (Franziska Weisz). He eventually rejects her because their relationship, such as it is, is ultimately a distraction. What really matters to Rettenberg is the sense of accomplishment he gets from escaping capture and running.

While Rettenberger is a captivating protagonist, Heisenberg’s direction is often willfully inconsistent and frequently stillborn. The fluctuating pace The Robber’s scenes reflects the touch-and-go rhythms of a marathoner’s race, form the sudden fastness to the frequent longueurs. The film’s action scenes stop as abruptly as they start. They’re also poorly lit. Heisenberg seems more interested in preserving the depth of the shadows that cover Rettenberger during a thrilling chase scene that ends after Rettenberger ducks underneath a truck’s cab to evade the cops than he is in properly lighting him.

Heisenberg’s semi-naturalistic approach makes watching Lust run distractingly anticlimactic. These key action scenes are fitfully tense because Heisenberg only takes time to show other characters considering the implications of Rettenberger’s decisions after he’s already robbed the banks and run from the cops. Furthermore, when it comes time to show Rettenberger running, Heisenberg doesn’t show him hesitating for an instant. He abjectly refuses to penetrate Rettenberger’s emotional defenses and really explore the character’s hang-ups.

This is especially frustrating considering the pathos Heisenberg earns based on the correlative strength of his film’s opening and closing scenes. Together, these two sequences suggest unexplored psychological depths to Rettenberger’s character. In its first scene, The Robber suggests an update of Michael Mann’s The Jericho Mile. Reitenberger paces around a prison yard, making sure that he gets in a precise number of laps before stopping. The prison guard doesn’t nag him to come in or even try to force him to stop. Instead, he patiently waits for Rettenberger to finish his jog and come in on his own. The ritual of training is vital to him. If he can no longer do it, he’s as good as dead.

The Robber ends with a shot of a long and busy stretch of an unnamed Austrian highway as seen from the front seat of a stalled car. This is the inevitably abrupt end Rettenberger’s addiction must lead to. It’s rather important to note that his momentum is only ever interrupted after he self-sabotages himself and gets involved with Erika. In this last scene, Rettenberger makes a call to Erika that suggests that he left her because he was too afraid to stop running. He wasn’t just running from her. He was just doing what he’s always done: running for the sake of running.

Heisenberg unfortunately doesn’t make this bold suggestion until The Robber’s last scene, a sequence that only serves to remind us of how fundamentally solitary Rettenberger’s dangerous lifestyle always has been. Had Heisenberg understood the necessity of making Rettenberger’s story more consistently sensational, The Robber could have been a great representation of compulsive behavior. As it is, it’s just a very dour film with some exciting ideas and a fascinating lead protagonist.

The video transfer is sharp, though there are some scenes where image contrast is unnaturally dim, as in a tracking shot where we follow Rettenberger as he walks right into a police ambush. The audio transfer is well-balanced, as the dialogue is layered well with the sound effects and background noises.

There’s a picture gallery of stills from the movie. And some trailers.

The Robber isn’t all it could be, but there’s a kernel of a great film in it.

Review: Stations of the Cross