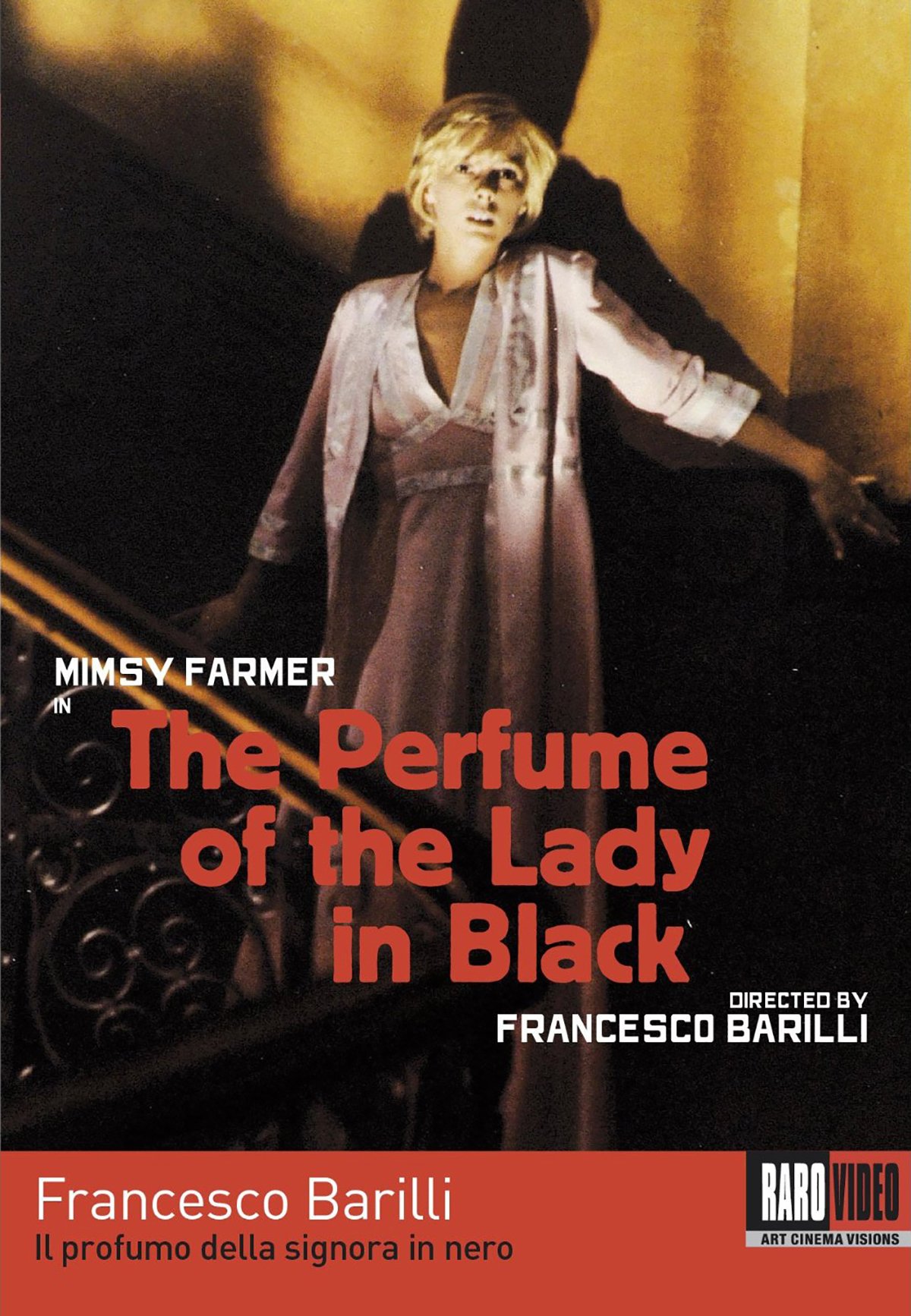 Taking big cues from Rosemary’s Baby, The Perfume of the Lady in Black is a weirdly ethereal and hard-to-classify horror film. It has an unnervingly tranquil atmosphere that often feels accidental, as if the film’s defining authorial voice has been muffled to the point where you feel like you’re looking at a more-distant-than-its-supposed-to-be character study of a woman on the verge of a nervous breakdown.

Infrequent narrative hiccups undermine the film’s mood, the most egregious scene being when the white protagonists insensitively chat with their black friends about how “the witch doctor is Africa” and that “you must understand Africa to judge it.” That sequence just sits there, not really tethered to anything following or preceding it, thereby casting a weird pall of suspicion over the rest of the film. No matter how smart the film may appear to be during its relatively tight third act, everything leading up to it feels just off-center.

Mimsy Farmer stars as Sylvia, a kept woman that becomes increasingly unsettled after she starts to see a woman in black spraying herself with—you guessed it—perfume in her apartment. Sylvia stumbles from scene to scene trying to figure out what these recurring daydreams mean, consistently capable of eluding their implications. Or at least she is until a younger girl starts to visit her too, one that looks suspiciously like a younger version of herself. Sylvia’s abandonment issues are supposed to be running rampant throughout the film, slowly emerging from her subconscious until she has to snap. Unfortunately, each step closer to her meltdown feels accidental, as if Barilli were deliberately slowing things down in order to rehash the same images. He makes the plot take two steps back for every reluctant step forward.

Then again, most of the film’s charm comes from the fleeting details Barilli packs in the periphery of his narrative’s serene episodes. The Perfume of the Lady in Black’s big séance set piece is especially weird. The calm of the scene is undermined by the eerie effect of the mirrors hanging directly behind the characters. The reflection of the back of Sylvia’s head is positioned directly behind her, giving the eerie impression that her inner personality is making its most corporeal appearance yet. The séance breaks up after one attendant mutters as if in a trance, “It’s later than I thought…they’ll be waiting for us.” The words have a mellifluous, incantatory power to them but they don’t really mean anything.

Therein lies the charm and the challenge of wanting to like a film like The Perfume of the Lady in Black: It’s not quite all there, but it’s also not really supposed to be. Barilli takes that mandate too far, and a lot of the film’s footage just doesn’t stick, but the bits that do, like the film’s ghastly flesh-rending finale and the scene where Farmer shatters the photo of her dead mother embedded in her tombstone, are truly disturbing. It’s a tradeoff, but if you can accept that the film is a little too good at being alienating, then you’ll find a lot to like about it.

The video quality of Raro Video’s release of The Perfume of the Lady in Black is characteristically exceptional: crisp colors and a grain-free presentation make it a treat to look at. The DVD’s audio quality is sufficient but nothing spectacular given the inherent limitations of its dual mono soundtracks.

Raro continues to commission thoughtful commemorative documentaries for their new releases. “Portrait in Black” is a canny and personality-fueled documentary that features a lot of warm and intelligent talking-head footage from director/co-writer Francesco Barilli. He talks about the conditions under which he made The Perfume of the Lady in Black and what it means to him and it’s a sharp, personal look back on a film that not a lot of people even remember exists.

It’s a tradeoff, but if you can accept that The Perfume of the Lady in Black is a little too good at being alienating, then you’ll find a lot to like about it.

DVD Review: How Do You Know