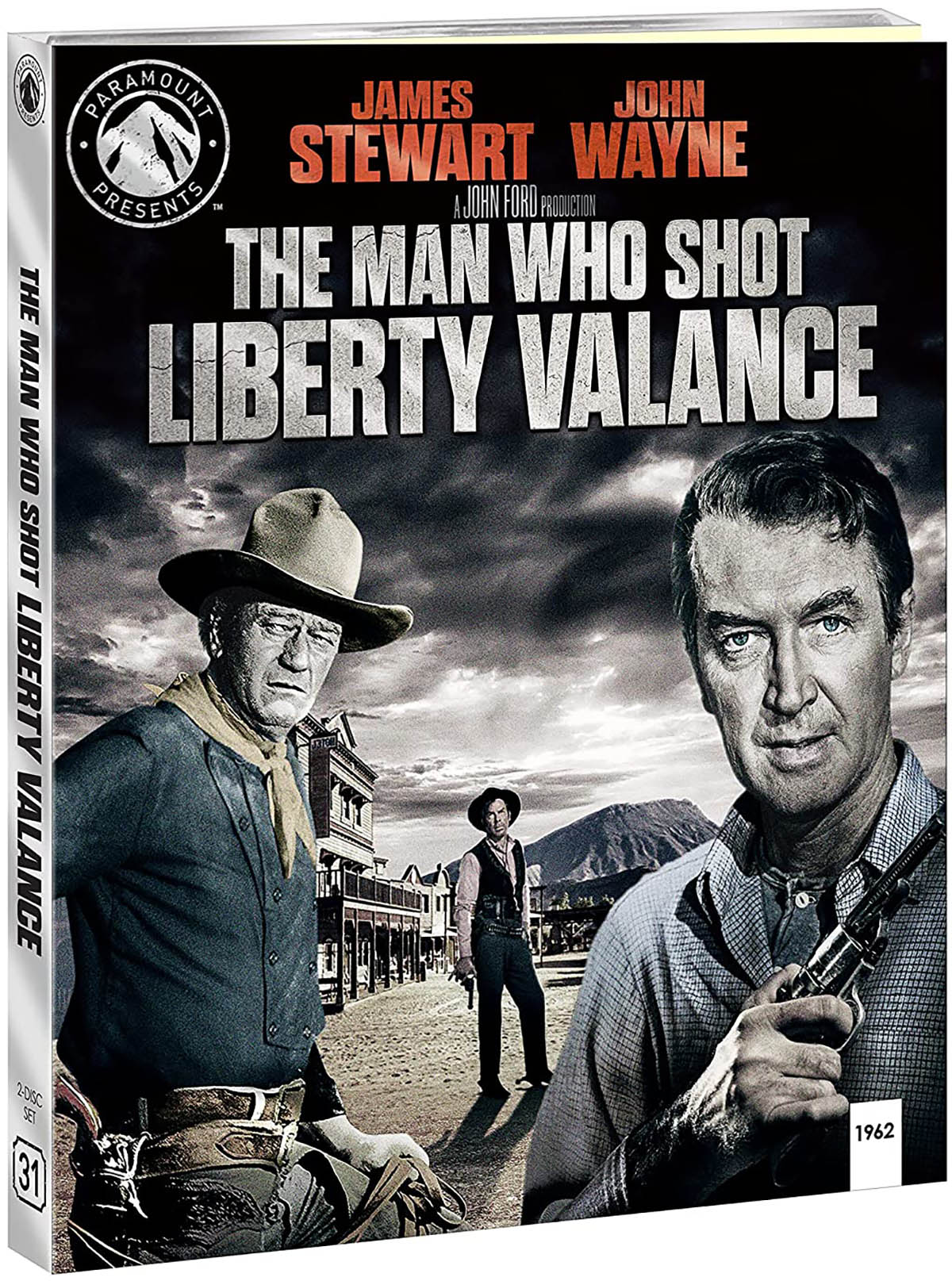 John Ford regularly made such clear-eyed, unsentimental assessments of the Old West and the lies that forged its mythology that one may wonder how the concept of a “revisionist western” ever took root when the original was already so bleak. One of Ford’s most unsparing oaters is The Man Who Shot Liberty Valance, in which the symbolic arrival of a lawyer, Ranse Stoddard (James Stewart), in a remote frontier town unleashes a wave of violence between criminals and the forces of law and order. That Ranse is robbed and savagely beaten by Liberty Valance (Lee Marvin) on his way into Shinbone sets an immediate precedent for the limits of the attorney’s notion of impartiality and due process.

Ranse is swiftly given a moral contrast in Tom Doniphon (John Wayne), a gruff cowboy with no illusions that justice out here comes at anything other than the end of a gun barrel or rope. Yet beneath his hard, unsentimental exterior is a sensitive soul who pines for local girl Hallie (Vera Miles), and his recognition of her interest in Ranse as a person and a symbol of change induces an agonized resignation in the man. Meanwhile, Ranse gives in to the rage of his constant harassment and emasculation at Valance’s hands, setting up an inevitable, violent showdown.

By this point in his career, Ford had already made some of the most beautiful color films of all time, among them She Wore a Yellow Ribbon and The Searchers, but he always preferred to shoot in black and white, and The Man Who Shot Liberty Valance makes stark use of light and shadow to blanket the town in a mood of paranoia and terror as citizens recoil in fear from the likes of Valance. This is exacerbated by the lack of Ford’s usual Monument Valley vistas thanks to Paramount’s budget-conscious decision to restrict production to soundstages.

That falsity mirrors the image of the West that the film tears down, particularly in its depiction of Ranse carrying Shinbone into statehood not with high-minded rhetoric and an even-handed approach to the law, but with the celebrity that comes to him from killing Valance. This act is ultimately revealed to be the work of Tom, who saves the day but forces Ranse to take the credit knowing that a man like himself cannot help move the frontier toward civilization.

The Man Who Shot Liberty Valance is justly revered for its denouement, during which the newspaper editor (Carleton Young) to whom Ranse belatedly confesses the sham covers up the truth with the justification that “when the fact becomes legend, print the legend.” But not even the blunt cynicism of that statement fully captures just how bleak the film’s assessment of the dying West is. There can be no misconception of the brutal, heartless nature of the frontier, but the film calls into question the value of American notions of propriety.

Perhaps the only truly heroic, positive contribution that Ranse makes to Shinbone is teaching its residents to read, but this leads to a revealing moment when he has Tom’s Black ranch hand, Pompey (Woody Strode), recite the Declaration of Independence. The man stumbles at the “all men are created equal” line and apologizes for forgetting it. “That’s all right, Pompey,” comes Ranse’s witheringly deadpan reply. “A lot of people forget about that part.”

Paramount’s Dolby Vision-enhanced UHD appears to carry over at least some of the heavy DNR that plagued their 2015 Blu-ray, with some shots looking overly waxy and scrubbed of grain. Nonetheless, black levels are far deeper, rendering the haunting nighttime scenes with greater clarity, and the sunnier grays bring more realistic texture to skin and clothing when the DNR isn’t applied. An additional plus is the lack of any visible noise or crushing artifacts. The disc comes with lossless 5.1 and mono mixes, both of which are crisp and have none of the tinny quality common to catalog releases. There isn’t much dynamic range outside of the occasional gunshot, but all the elements of the sound mix are full and cleanly separated.

An accompanying Blu-ray contains a handful of extras, most notably an archival commentary by Peter Bogdanovich that includes clips of his interviews with John Ford and James Stewart. Bogdanovich is customarily both well-researched and engagingly fannish, and he uses his interviews to bolster his observations. There are also select-scene commentaries by Ford’s grandson, Dan, who breaks down some of the film’s critical scenes. Finally, a documentary on the film’s production and legacy breaks down its themes and relevance to the western genre.

One of John Ford’s greatest films gets a superlative Ultra HD release from Paramount that’s only slightly marred by a few restoration shortcuts.