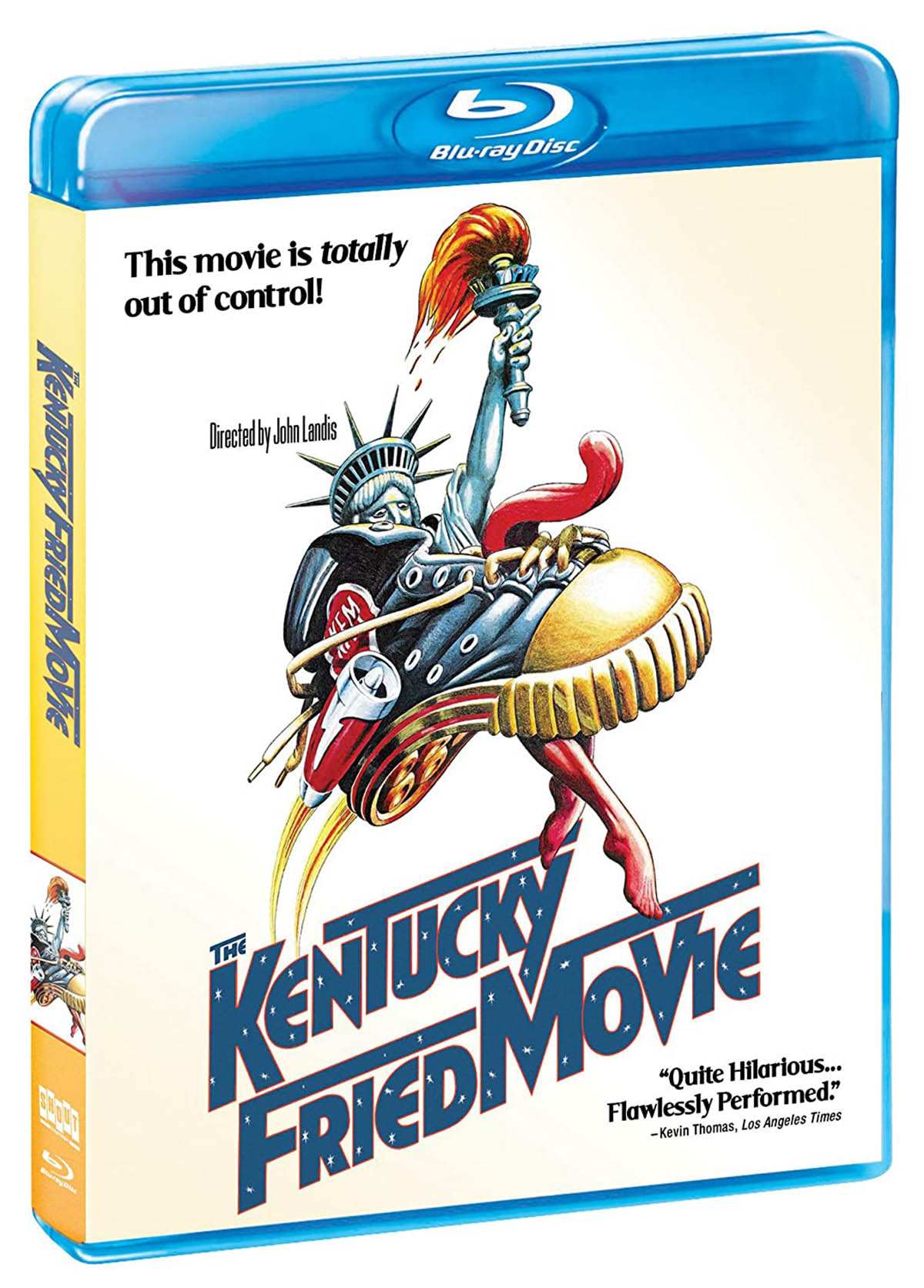 Poor Stephen Stucker. Poor, tragic Stephen Stucker, immortalized, if not condescended to, as a high-strung queen for all ages in the early films of Jim Abrahams and Jerry and David Zucker, a persona he would likely have continued to fulfill had he not been felled too soon by AIDS. As always, allowances must be made for the comedic standards of the times, which are inevitably bound up in social attitudes, usually acting on behalf of each generation’s worst qualities. In that sense, it’s a little easier to forgive both the ZAZ team’s blatant homo-leery posturing in The Kentucky Fried Movie and Airplane!, and to forgive Stucker himself for letting them turn his sexuality into a recurring punchline. After all, it’s not like anyone in either of those movies played anything other than a type; old straight white males were held up as objects of ridicule too. And as Vito Russo so devastatingly pointed out in The Celluloid Closet, the baseline for depicting the full range of sexuality in the Freebie and the Bean 1970s usually involved inflicting violence upon the other, if not death.

So even though recent career choices from the ZAZ team (specifically An American Carol, David Zucker’s Michael Moore-blasting satirical missive belying an allegiance to the notion of “two Americas”) would seem to confirm their less than benevolent attitudes about giving Stucker’s form of expression mass visibility, you have to at least give the actor snaps for just straight-up vomiting purses behind the oblivious Lloyd Bridges and Robert Stack. His commitment to craft alone vindicated my using the specious tag “frat guy camp” a decade ago while reviewing Attack of the Killer Tomatoes (a term my editor understandably short-circuited when he replaced my blurb with the forged admission: “There’s no such thing as ‘frat guy camp.’ I made that oxymoronic shit up”). How else to account for how memorable he was even in The Kentucky Fried Movie, a film he spoke one or two lines of dialogue in and, in a throwaway shot, appears in Dorothy Malone drag, waving around a dildo before tossing it aside in mock embarrassment? (Stucker was, along with the Zuckers, a member of the Madison, Wisconsin improv troupe that gave the movie its title.) He was slated to do just about as much in Airplane! before the filmmakers discovered just how maniacally funny what he was doing off in the margins was (like a femme version of that In Living Color skit that had Jim Carrey photobombing live news interviews in increasingly baroque ways) and steadily ramped up his role.

It’s a shame they and director John Landis didn’t choose to utilize Stucker’s talents to their fullest in The Kentucky Fried Movie. They could’ve retrofitted the movie’s slap-shot blackout-sketch structure and unleashed Stucker as a disco-era Candide, perhaps guiding him through a one-man Canterbury Tales. Lord knows the film (which is undeniably funny in a shaggy, “dirty issue of Mad magazine” sort of way, but, by design, doesn’t have the invaluable coherence of Airplane! or the first two Naked Gun movies) could’ve only been improved by the sight of Stucker dispensing cordials on Catholic School Girls in Trouble’s casting couch, introducing topless Susan to topless Nancy and vice versa, falling face first into Donald Sutherland’s cake, donning an usher’s cap to feel up audiences in See You Next Wednesday, and frying up his pussy in pure Nesson oil.

The Kentucky Fried Movie has pretty much always looked like crap on a Pringle, so its debut on Blu-ray is at best a mixed blessing. Yes, the movie has never looked better in the home-video format, but the dog-eared original elements seem even less impressive when the gauze of yesteryear’s home-video allowances are removed. The colors are muted, if not bleached, black levels are coincidental, and in the first news segment (which was notably shot on video), the focus is virtually nonexistent. The mono Master Audio mix isn’t better, with EQ levels occasional peaking out when they’re not comparatively tinny otherwise. No one said the film was any sort of great technical achievement…

…least of all the filmmakers themselves. In their feature-length commentary track, director John Landis, producer Robert K. Weiss, and the writing team of Jerry and David Zucker and James Abrahams all laugh frequently. But not so much at the movie itself, but at how overwhelmingly and shamelessly bad it is at times. “Okay, that’s…a little racist,” Landis muses at one point when a trailer announcer promises a “savage” movie and the image of a throng of spear-toting Pigmies pops up. The era of political correctness overshadows the hour-long interview with the Zucker brothers, who stop just short of apologizing for their own brand of irreverent humor. Aside from those two features, the only other offering is the original theatrical trailer.

Uneven and amateurish, with a sense of vulgarity that’s now dated enough to seem downright Victorian, The Kentucky Fried Movie proves the maxim, “comedy is in the eye of the beholder.”