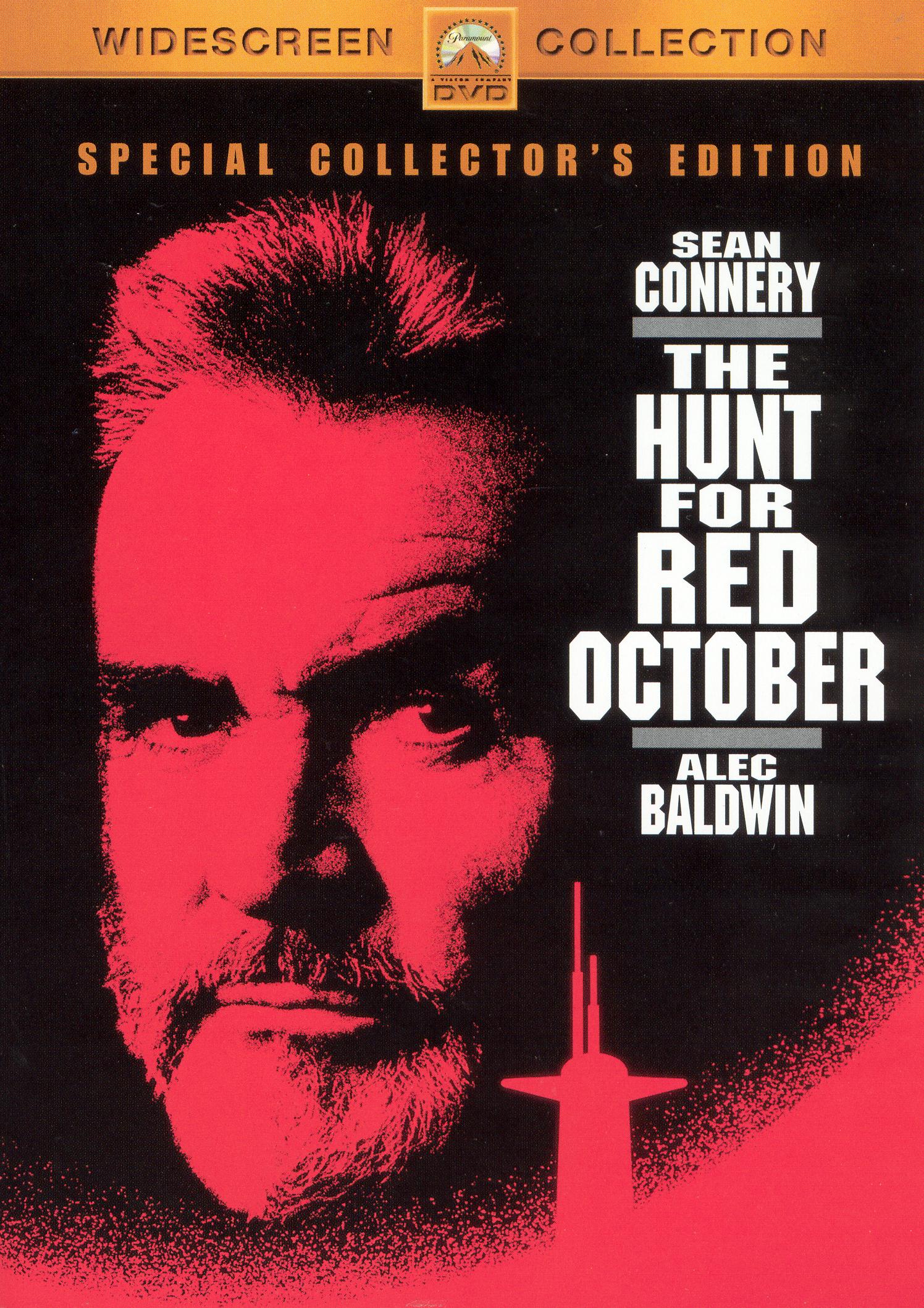 Before Ben Affleck and Harrison Ford, Alec Baldwin starred as C.I.A. stud Jack Ryan in John McTiernan’s Cold War submarine thriller The Hunt for Red October. The actor’s unbridled eagerness oozes out of every pore and he turns in a credible performance as Tom Clancy’s diplomatic hero, using his clean-cut good looks and narcissistic charisma to play a man whose inexperience is no match for his swagger, fearlessness, and unflappable certitude. Unlike subsequent Ryan adventures, Red October casts Ryan as a secondary figure struggling to help the film’s genuine protagonist—Sean Connery’s renegade Russian sub captain Marko Ramius—escape the quandary he’s made for himself and his crew. The renowned naval veteran Ramius (who, in a strange twist, has a decidedly Scottish accent) has been given the keys to the Red October, the USSR’s top-secret underwater vessel that can travel undetected by sonar and is equipped with a daunting bounty of nuclear warheads. Disgusted by the thought of his motherland using the Red October in a pre-emptive strike against the United States, Ramuis and his crew steal the ship during a training run and head for the East Coast of the US, where they plan to defect. Not surprisingly, the Soviets give chase in hopes of destroying the ship before it falls into enemy hands, while the Americans plan to defend their soil against what they perceive to be a madman with nukes heading straight for their shore. In 1990, director McTiernan was at the height of his action film prowess and demonstrates here a knack for orchestrating taut set pieces, explosions, and gunfire. The film’s central fear of superpowers engaging in nuclear war, while seemingly quaint in light of today’s more insidious terrorist threats, has added resonance given recent revelations about the USSR’s Cold War designs to annihilate us. Politics aside, however, The Hunt for Red October is a thrilling edge-of-your-seat trifle that has admirably withstood the test of time.

Presented in 2.35:1 anamorphic widescreen, The Hunt for Red October looks quite spiffy on this new Paramount “Special Collector’s Edition.” Despite occasional debris and a slightly soft image, detail and contrast are very good, and color reproduction is (aside from a few small fluctuations) top-notch. Blacks are a shade too light but shadow delineation is sharp, and film grain is moderate at worst. The film’s audio can be enjoyed via either a Dolby Digital or DTS 5.1 track, and both are quite lively and impressive. Dialogue is loud and clear in both tracks, as are the numerous directional effects-panning and imaging effects are used in healthy quantities throughout the course of the film. Fidelity is pristine, and the track’s soundstage is expansive. The primary area where the two tracks differ is with regards to bass reproduction, with the DTS track exhibiting considerably more low-end power.

McTiernan offers up a rather average audio commentary, detailing how he became involved with the project, working to adapt the novel, and the logistics of shooting a submarine film. There are a few spots during the track when McTiernan just sits back and watches the film, but in general, his comments are plentiful and enthusiastic. “Beneath the Surface” is a featurette boasting new interviews with some of the film’s principal participants (including McTiernan, Baldwin, screenwriter Larry Ferguson, cinematographer Jan de Bont, James Earl Jones, and Scott Glenn), archival interview footage of Sean Connery, and film clips. Unfortunately, Baldwin’s still-puzzling decision to forgo any other Jack Ryan films is never discussed, but it’s nice to hear tidbits such as how Kevin Costner passed on the film in favor of “his Buffalo movie,” Dances with Wolves. The film’s theatrical trailer is also included.