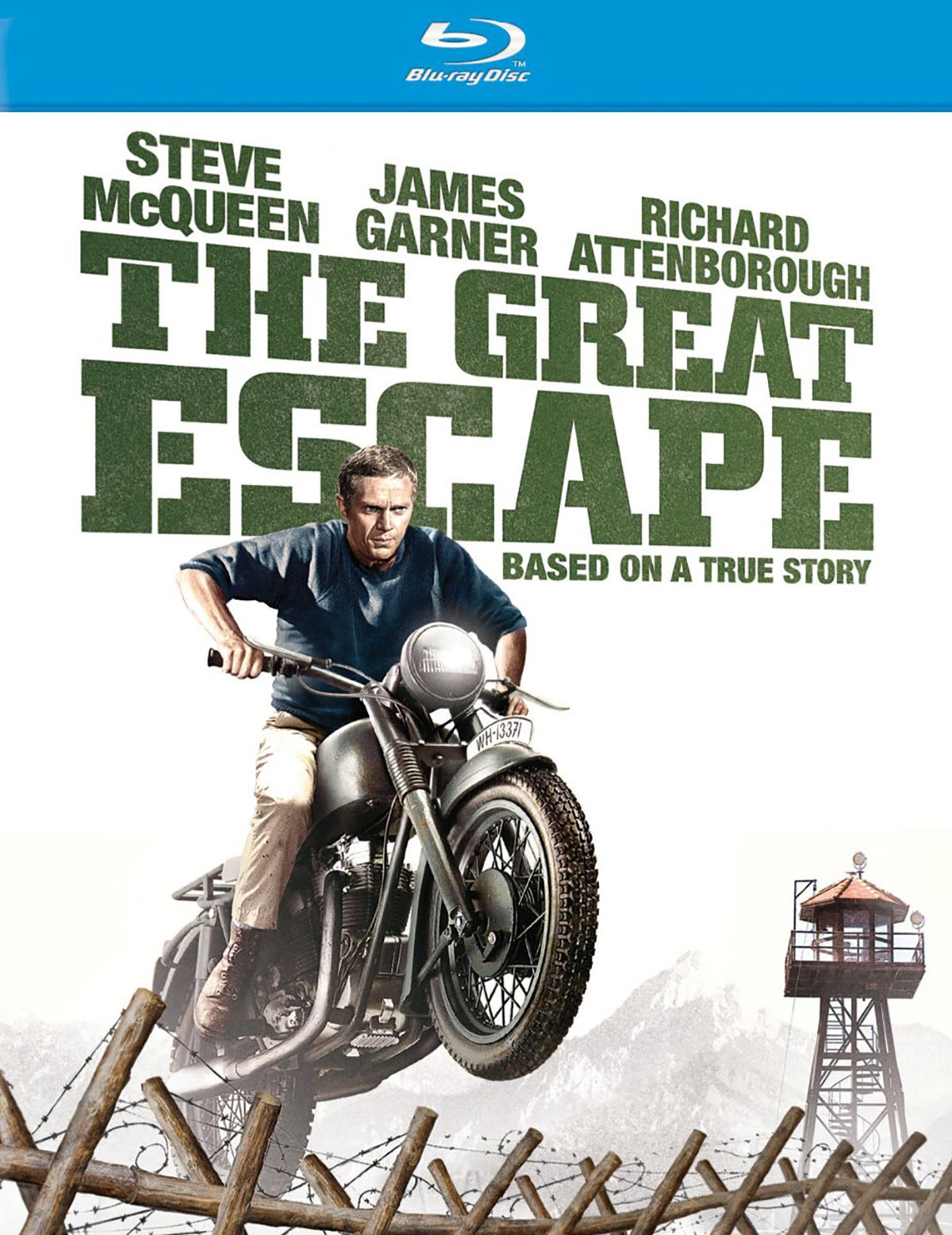 Though adapted by James Clavell, W.R. Burnett, and an uncredited Walter Newman from Paul Brickhill’s nonfiction account of the 1944 Stalag Luft III escape, John Sturges’s The Great Escape is equally inspired by a great fiction. The filmmaker’s treatment of the massive POW escape from a camp in Nazi-occupied Poland alludes to a similar and iconic sequence from Grand Illusion Illusion, Jean Renoir’s no less furious and eloquent articulation of the faux civility of warfare. But if Sturges’s earlier The Magnificent Seven bound itself just a bit too tightly to the structure of Akira Kurosawa’s Seven Samurai, The Great Escape builds its own distinct style and thematic preoccupations, even as its influences remain clear.

The absence of brutal ground warfare in the film reflects Struges’s personal experience during World War II: The director served as a captain in the Army Air Corps and spent a large portion of his time shooting documentaries and instructional films for the military. In The Great Escape, Sturges largely evades the action and horror of war, instead focusing on an immense creative process: the building of the tunnels that will help a group of prisoners, led by Royal Air Force squadron leader Roger “Big X” Bartlett (Richard Attenborough), get out from under the Luftwaffe. Each member of the dedicated team of soldiers, who come from various Allied Forces, provides a skill that helps the effort to build the tunnels, conceal the activity, and ultimately execute the thrilling escape.

This tactic allows for members of the uniformly excellent cast to highlight their personalities through their respective characters’ varied areas of expertise, from James Garner’s fast-talking and resourceful Scrounger to Steve McQueen’s incorrigible Cooler King to Donald Pleasance’s mild-mannered Forger. McQueen is front and center, but Sturges democratically shows the breadth of work being done and the essentialness of each man’s mission. This dense interweaving of talents working on what amounts to a great, heroic production implies Sturges’s view of filmmaking as inherently collaborative. Tellingly, Pleasance’s forgery expert has a need for a specific camera with a special lens, while another captive creates an expansive wardrobe to keep the soldiers inconspicuous outside of the camp.

The collateral damage of Sturges’s dedicated focus on the minutiae of the titular escape is that the grimness of the prisoners’ station is only mildly realized. A prisoner’s early escape attempt ends in a spray of bullets across his back, and when the prison break finally occurs, few of the escapees taste freedom for very long, but Sturges’s depiction of this civil incarceration operates far apart from the desperate, violent reality of the times. Even the prisoners’ infighting, and their interactions with their Nazi keepers, is relatively soft, little more than a few fists pounding on tables and some mockingly sarcastic retorts.

The film doesn’t offer easy catharsis, nor does it portray the Luftwaffe as essentially evil; the most prominent guard is, in fact, a complete dullard taken in by Garner’s smooth operator. Indeed, the filmmakers buck the vision of a solitary war hero who excites his fellow prisoners into revolt, and instead foreground the sense of duty in rebellion that drives the captured soldiers. And as the prisoners symbolize a broad swath of the international effort against the Axis powers, The Great Escape is that rare war film that doesn’t fully indulge in assumed nationalism, save for the fact that everyone speaks English. Sturges never touches on the essential hollowness and cruel pageantry of war, but he does the next best thing by depicting an international effort where victory, no matter how short-lived, depends on the cooperation of myriad talents, rather than the gruff can-do attitude of an unbreakable chosen one.

The video quality of Fox Home Entertainment’s Blu-ray transfer has been hotly contested, and though the many issues that have been raised (it’s dubious status as a “restoration,” for instance) are valid, the end result is still a step up from the previous DVD transfer of the film. Colors don’t quite pop, but then John Sturges’s palette isn’t particularly dazzling. He favors browns, dark blues, grays, tans, and blacks, which make for a bland but believable visual makeup. While the sense of texture and detail is strong overall, there are a few notable sequences where there’s a palpable softness to the image. Black levels are serviceable, but the grain is, as has been reported elsewhere, distractingly inauthentic. The good news is that the audio offers a clear advancement from the DVD, from the crisp clarity of the dialogue to the fullness of Elmer Bernstein’s excellent score, which balances nicely with sound effects in the back. Sturges’s classic deserves better, but this still represents the gold standard for seeing The Great Escape on the small screen.

Here’s everything you wanted to know about The Great Escape but were too lazy to ask. The crown jewel is the commentary track, which is cobbled together from recorded interviews with Sturges and various members of his cast and crew discussing everything about the movie, from its conception and pre-production to the on-set atmosphere and direction. It’s a constantly engaging and informative listen, but Fox goes the extra mile and packs in over a half-dozen featurettes that covers the film’s production and the real-life events that influenced the movie, many of which were produced by the History Channel. Even the most die-hard fans of the classic film should be satiated by this collection of extras. A theatrical trailer is also included.

Fox airs more on the side of serviceable with their Blu-ray transfer of John Sturges’s wise vision of cooperative wartime defiance, but heaps on a generous portion of extras.

Blu-ray Review: Delmer Daves’s 3:10 to Yuma on the Criterion Collection