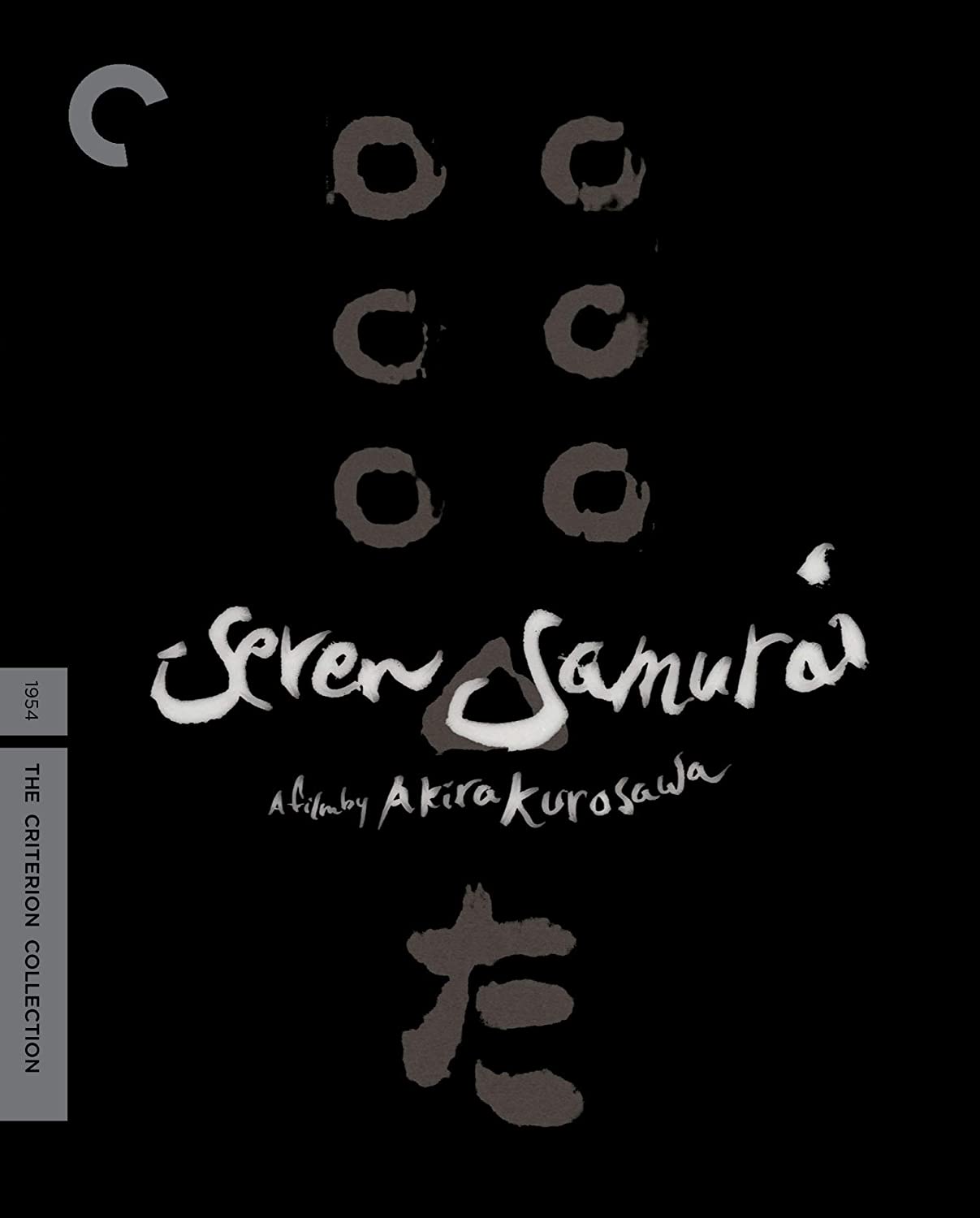 On some level, every action film showcases a primal battle for control between warring opposites, usually within a chaotic, constantly shifting visceral environment. In today’s shoot-first-ask-questions-later marketplace of numskull genre filmmaking, this usually means physical domination of one character or group over another. But before Jerry Bruckheimer, Michael Bay, and their Cinema of Luster permanently hijacked the genre, ideological complexity and emotional connection were valid areas of interest for the action auteur as well. Examples of substantive action subtext can be found drifting beneath the slow-motion shoot-outs of Sam Peckinpah, the tense physical crescendos of Henri-Georges Clouzot, and even the masculine social stratas of Kathryn Bigelow’s best work. For these directors, the focus is not just the momentum of bullets and bodies, but the thematic reasons why such experiences are necessary to understanding the extreme and volatile corners of humanity. In essence, characters could come out the other side of the meat grinder a more complex entity, but now tenderized ground beef is the status quo.

The great irony regarding Akira Kurosawa’s seminal masterpiece Seven Samurai is how much it reveals about this widening rift between classic and modern action films. Seven Samurai’s plethora of once-groundbreaking action aesthetics have now become seamlessly and organically ingrained into mainstream genre filmmaking, yet its strikingly pure themes of sacrifice, friendship, and camaraderie seem downright radical by today’s action-film standards. But Kurosawa’s achievement is even more unique, as he teams two very different social ideologies (individualism vs. socialism) together in an attempt to circumvent evil. Instead of relishing in long, drawn-out showdowns and battles, Kurosawa dedicates much of the film to character development and military strategy, deepening the experience shared between the players while never glossing over the inevitable tragic implications of combat. It becomes clear in Seven Samurai that the weight of a man’s worth cannot be measured in just Hanzo steel, but through his understanding of how the blade can represent honor rather than selfishness.

As with most of his films, Kurosawa opens Seven Samurai with a scalpel-like precision for narrative action and foreshadowing. A village of Japanese farmers learn of an impending invasion by murderous bandits, exclaiming to the sky, “Is there no God to protect us?” Four of them set off for the city to recruit the help of samurai, hoping their payment of food will appeal to any starving ronin. The destitute men are met with ridicule and pessimism by even the lowest gamblers and heathens, until they stumble upon Kambei Shimada (the great Takeshi Shimura), a noble warrior who takes on their plight as if it was his own. Through Kambei, Kurosawa entrenches his themes of selflessness and patience, all while setting the man up as a physical force to be reckoned with. As Kambei recruits other samurai, Kurosawa uses wipes and sly montages to introduce a wide variety of personalities ranging from the good-natured Heihachi (Minoru Chiaki) to the crazed Kikuchiyo (Toshirô Mifune). When the samurai reach the village and begin preparing for the imminent attack, all of their specialties in skill and personality become essential components to the war machine, and Seven Samurai turns into a momentous pendulum swinging from one fascinating set piece to the next.

Issues of personal doubt, regret, and arrogance complicate the relationships between the samurai, but also with surrounding farmers and family members enamored by fear and social status. One town elder even exclaims, “Give a wolf a taste of your leg and he’ll ask for your hand,” and this tension perfectly encapsulates the struggle between groups in Seven Samurai. One side story follows the young samurai Katsushiro (Ko Kimura), who becomes romantically entangled with the daughter of one farmer, complicating the notions of class until the playful sexual tension turns astoundingly ambiguous in the final moments. Also, Kikuchiyo’s overzealous and instinctual desires end up sending the entire village into a violent free fall in the film’s climax. Through it all, Kurosawa’s sense of nuanced pacing only heightens the dichotomy between samurai codes of honor and the farmer’s desperate and often irrational need to survive no matter the moral or ideological cost. This evolving relationship reveals an undercurrent of shared universal experiences, but also signifies the drastic social differences ultimately separating the ideology and power of each group.

Seven Samurai’s most essential scenes occur in the company of vibrant fire, with burning buildings, bonfires, or scorched earth prominently in the background. After a botched assignment in defense of the town, Kikuchiyo pulls a dying woman and her baby from the crackling timbers of a collapsing mill. Mifune’s vintage contortions of body, voice and spirit show Kikuchiyo writhing in pain, screaming, “This is just what happened to me!”—referring to the plight of the now-orphaned child and his own past. In this single moment, director and star use action to convey the essential burden hounding this character, instilling a depth charge of feeling that will never leave his side. This elemental connection between space and character comes to head later in the film, when the horrors of hand-to-hand combat take center stage. The last of the brilliantly focused battle sequences brings a torrential rain that nearly overwhelms the frame as the samurai and farmers eradicate the remaining bandits. The shift from fire to water takes on a collective beauty in these final moments, as Kurosawa pans back and forth following groups of farmers simultaneously stabbing bandits who’ve been cornered by the cagey samurai tacticians. The violence is unflinching, filled with the rage of a repressed people finally given the power and confidence to destroy. The manic action of the farmers comes in sharp contrast with the more stoic, fluid swipes of the samurai blades, but each takes place in the same muddy potholes of earth soiled in blood. It’s another stunning example of Kurosawa’s two diverse groups co-existing on the same kinetic plane, fighting and dying together because it’s the right thing to do.

Even though much of Seven Samurai contains a palpable moral compass and glimmering sense of justice, the brilliantly pragmatic ending shows the cost of defending such ideologies. As “normal life” returns for the farmers, the remaining samurai realize it was their battle all along and they must engage the tragic consequences. The action, the heroism, the stoicism, and the friendship become parts of a particular duty, one seeped in silence and longing. Modern action filmmakers usually simplify these moments, but Kurosawa’s reflective dénouement is made entirely complex by the stirring final shot of gravestones dissected by fallen swords. Seven Samurai wipes away the incredulity of simplistic action cinema and finds a muse in the calculated desperation of honorable men on a mission. But what should be a rousing victory only offers more uncertainty, and group harmony never becomes an option. Like the most tormented and lasting action film characters, the samurai experience solace only in the brief moments transitioning from one battle to the next. Or when an opposing force closes your eyes forever.

Seven Samurai is presented in its true 1.33:1 aspect ratio and the Criterion Collection has given this classic film a brilliant HD digital transfer. Every corner of the frame has a pristine crispness to the image, from the lines on each actor’s face, the shimmering movement of wet fields of grass, and the glint of blood on the edge of a blade. Also, the elemental and supernatural aura of the film takes on new meaning, clearly rendering the scope of buildings engulfed in flames and long stretches of earth seeped in mud. While the movement of the action sequences remains impressive, what really stands out is Kurosawa’s calculated camera movement within cramped interior spaces. We get a true sense of the director’s methodical craftsmanship in these moments, and his use of the wide shot to covey a connection between character, theme, and environment.

The sound design for the disc is equally dynamic. An uncompressed monaural soundtrack is available for the audience member who wants to experience the film exactly as it was presented in 1954, or there’s an optional DTS-HD MA soundtrack that further indicates why Seven Samurai’s theme music and mixing work are some of film history’s most influential. The final battle sequence in the pouring rain is especially audibly fascinating, layering several diagetic and non-diagetic sound effects at one time to create an otherworldly film experience.

“The cinema is like a public square, where people of the world go to share their emotions.” This Kurosawa quote stands out on the Criterion Collection’s double-disc Blu-ray of Seven Samurai because it speaks to the director’s desire to unite audiences of all kinds with universal themes about humanity. Three lengthy documentaries on Kurosawa’s personal history and filmmaking career further prove this point with a range of various first person sources and interviews. The first, a television documentary entitled Akira Kurosawa: It Is Wonderful to Create, is about as deep as the simplistic title suggests, but it quickly becomes a hazy rose-filtered remembrance of the Seven Samurai production, cutting together archival footage of key production members with present day interviews to formulate a map of the film’s massive influence and audaciousness. Commissioned for the Directors Guild of American in 1993, “My Life in Cinema” is the star of the disc, where interviewer Nagisa Oshima spends nearly two substantive hours with Kurosawa talking about his family life (including his brother’s suicide), love for painting and Cezanne, time as an Assistant Director at Toho, and his 30-year filmmaking career. Even the crummy two camera visuals can’t ruin this elaborate conversation between two masters. Lastly, “Seven Samurai: Origins and Influences” nicely traces the role of history and iconography on Kurosawa’s filmography and Seven Samurai in particular, with film scholars like Donald Ritchie putting the film in its rightful historical context.

The two separate audio commentaries by an array of Japanese film historians are less impressive. On one track, five different film scholars were recorded separately, each taking a different stretch of the film, and the lack of cohesiveness makes for more of a lecture than a vintage Criterion commentary. The hyperbole-infused voices bring a necessary passion to dissecting Kurosawa’s dynamic editing and camera movement, but some are dryer than others. It occasionally reminded me of a few rambling film courses back in college where the professor was more in love with talking at the film rather than actually teaching about it. The disc also contains theatrical trailers, a teaser, a gallery of rare movie posters, behind-the-scenes photos and production stills, and a superb booklet of essays by film scholars, movie critics, and filmmakers admiring the influence and excitement of Seven Samurai.

You may think you’ve seen Akira Kurosawa’s Seven Samurai before, but watching Criterion’s Blu-ray is like viewing this masterpiece and all its glorious moving parts for the first time.