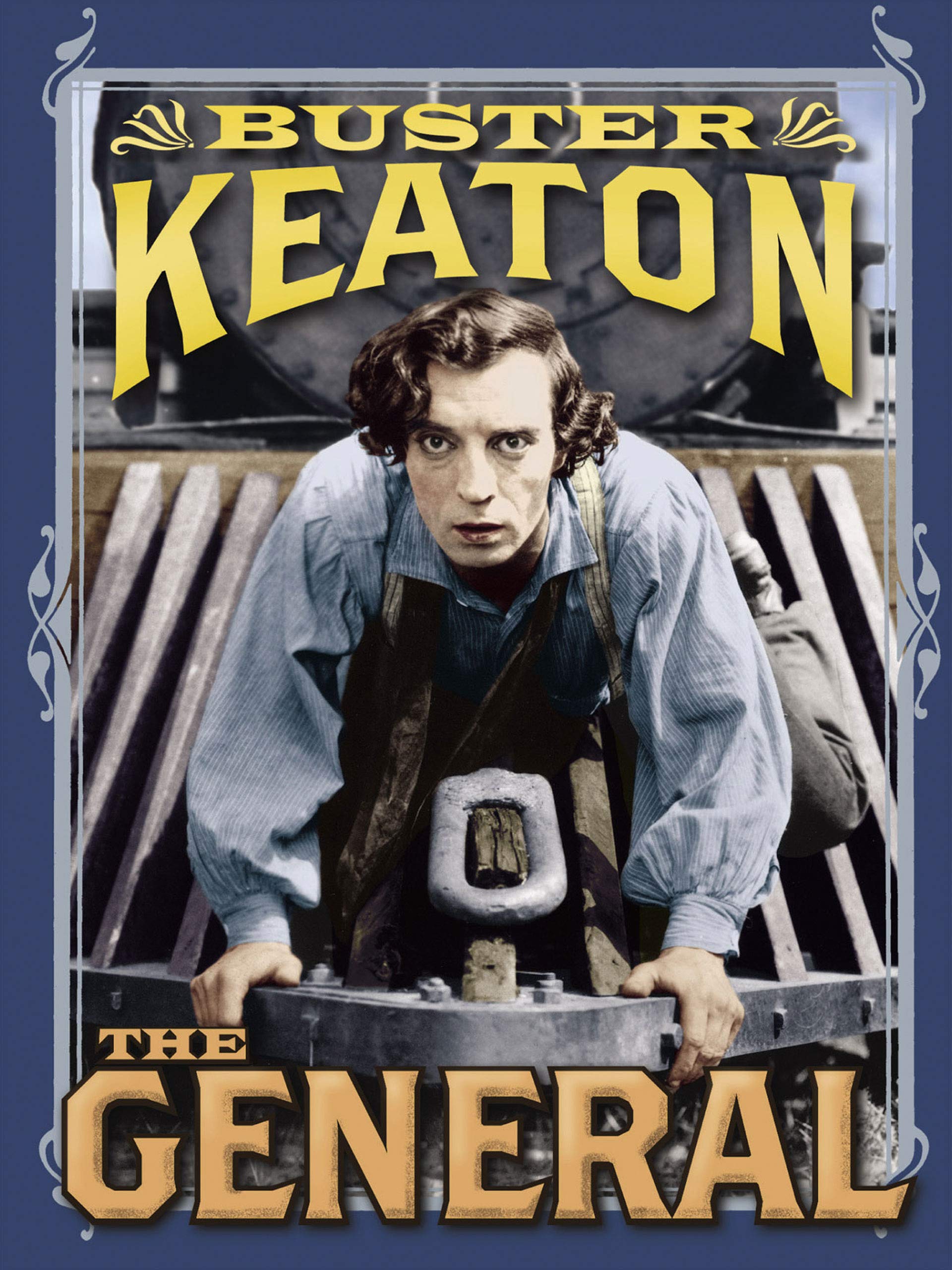 A Buster Keaton creation that combines the classic form of his earlier man-on-a-quest comedies with the visual heft of a Civil War epic, The General isn’t likely to be the favorite opus of the star’s purist fans, but it’s the one with the trappings of ambition and historical poesy. The melancholy behind Keaton’s comedy, visible in his lionized Great Stone Face, is a natural match with his Johnnie Gray, a railroad engineer and Southern everyman who becomes a hero of the lost cause after being rejected for military service on the basis of his vital profession. (The film does no propagandizing for the Confederacy; in the interests of making the story—loosely based on an actual 1862 incident—that of an underdog, Keaton felt his hero had to be a Southerner.) Still an iconic clown with an unsmiling sense of purpose, Buster the actor/filmmaker/stuntman makes the context work; in this singular larger canvas, he takes over the War Between the States.

Not only suffering from feelings of inadequacy when the Gray army dismisses him without an explanation, but dismissed by his love object (Marion Mack) for being a cowardly civilian, the Keaton hero responds to the theft of his titular locomotive by Union raiders with a one-man campaign to recapture it that forms the entire second movement of the film. Running down the track toward the horizon, then by handcar, bicycle and finally by a new appropriated loco, his chase is one of frenzied resourcefulness and experimentation. Keaton measuring gunpowder in his hand as if it were salt for a piecrust is just as indelible as his riding on the front of the cowcatcher’s grill, knocking saboteurs’ planks off the railway.

It’s the film’s symmetrical train-chase framework—engineer Johnnie’s pursuit, then his retaking of the General and flight to warn the Grays of an imminent Yankee attack—that makes a lovely visual match with Buster’s paradoxical physicality: the deadpan man in perpetual motion. The early scene of Keaton, after being dumped by the belle, sitting heedlessly desolate on a train axle as it rotates him slowly through space, is a sublime hint of what’s ahead; through mechanically powered heroism, he must recover his two loves, the girl and the locomotive. (Even when he presents his intended with a photo, it’s of himself stolidly posed in front of her wood-burning rival.) Mack’s plucky but bird-brained sweetie—idealized in one “cameo” shot when the engineer, hiding, stares at her through a cigar burn in a tablecloth—takes time during their escape run to sweep out the engineer’s cab and toss out needed firewood whenever she finds a knothole; Keaton lunges to choke her but swiftly improvises a kiss.

In staging a mammothly expensive railroad bridge disaster near his epic’s climax, Keaton and nominal co-director Clyde Bruckman impress not only with the scene’s pyrotechnics and dramatic impact, but the comic reaction shot of a nonplussed Union commander. Seriously funny, The General affirms the star’s unflappable heroic persona in more unfamiliar and solemn circumstances than lesser comedians have dared. If it doesn’t possess the same otherworldliness and surrealistic flair of The Navigator, Cops or Sherlock Jr., its marriage of reliably brilliant clowning with a simulacrum of the Great Conflict (still a living memory for its original audience’s older members) lacks the self-importance and pretension that usually hobbles history represented on film. And no purist, Keaton—he cited it as his personal favorite.

It’s hard to imagine that The General has ever looked better, or more like the Matthew Brady daguerreotypes from the Civil War to which it’s regularly compared, since the film’s debut 82 years ago. Aside from some stray white specks on the sepia and blue-tinted (nocturnal) images, this remastered edition is close to pristine, with frequently astonishing clarity in the epic-scaled long shots of trains in motion or in the climactic combat sequence. A choice of three musical soundtracks includes just one in surround stereo, an alternately playful and stirring orchestral score by Carl Davis, which subtly interpolates “Dixie” but leans more heavily on “Marching Through Georgia” when the Union aggressors are on screen. The remaining pair is smaller-scaled, including an old-school theater organ accompaniment by Lee Erwin.

Included are two TV anthology introductions, one by Gloria Swanson (Norma Desmond glides through a film vault) and the other by a self-dramatizing Orson Welles (“We used to work together in the old Stage Door Canteen…Keaton was washing dishes…”), who nevertheless sounds like he wrote his effusive remarks that the film’s visuals are “a thousand times more powerful than Gone with the Wind” and that Buster had “one of the most beautiful faces ever photographed.” The Welles footage includes some clips illustrating the evolution of Keaton’s style from knockabout to intricate. Train expert Harper Harris from the Southern Museum gives an 18-minute history and tour of the historical General locomotive, the use of which Keaton was denied because the authorities balked at leasing it for a comedy. A brief look at the film’s Oregon locations then and now, a minute of home-movie footage taken on set, and a sizable production stills gallery fill out the second disc. It’s a bit skimpy but much of what would’ve been suitable supplemental material can be found on Kino’s decade-old Buster boxed set.