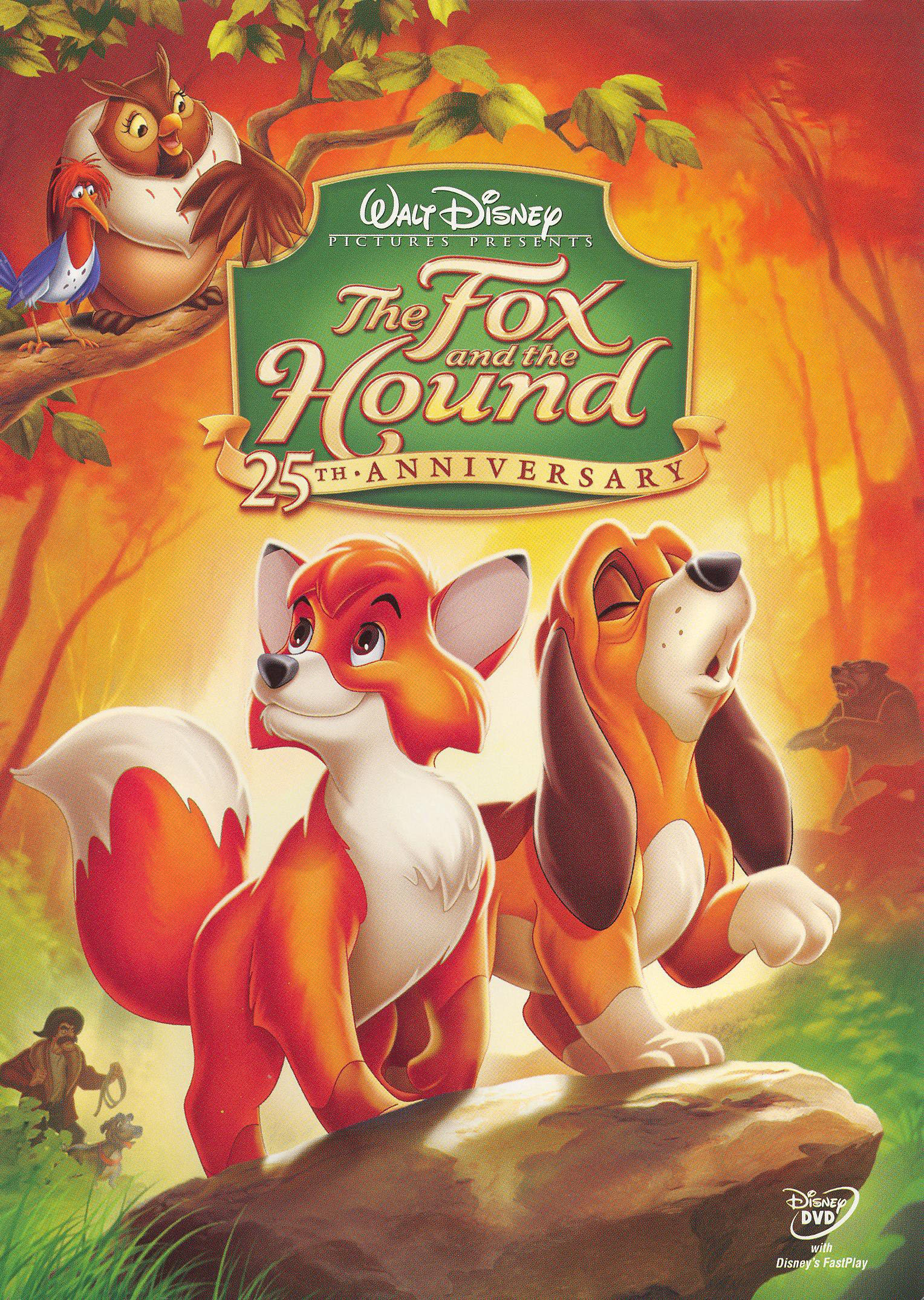 Beset by an animator change-over and lost between the divide of the cartoons Walt Disney supervised and the Disney studio’s modern era starting with The Little Mermaid, The Fox and the Hound has been consistently underrated, if not downright forgotten. Yet it’s one of the better Disney cartoons, often as dark as Pinocchio, unusually modest and somber, and perhaps their only animated feature that even gently questions the status quo. It starts with ominously silent and rather lengthy opening credits set against a forest backdrop. Sounds of nature gradually come in, then moody violins to underscore a Bambi-esque death of a baby fox’s mother. Pragmatic Big Mama (an owl voiced by Pearl Bailey) makes sure the orphaned fox is taken in by a lonely widow (Jeanette Nolan), who names him Todd. Close by, a bad-tempered hunter (Jack Albertson) brings home a young hound dog named Copper, and the titular fox and hound, not knowing they are natural enemies, develop an instantly close friendship.

Physically, this alliance between fox and hound looks more like a passionate crush than a rough boyish palhood, with Copper always holding Todd down playfully while the fox stares adoringly and submissively into the hound’s eyes. Bailey has a song (“The Best of Friends”) about their coupling that brings out a racial subtext, as if she were singing about a black child playing with a white child. This point of view on life’s pointless divisions comes across more touchingly because we are never hit over the head with it; everything is implied delicately. “He won’t ever change,” Todd insists. “We’ll keep on being friends forever.” But when Copper comes back from a winter away, he’s become a hunting dog, and the central conflict between the two friends is played out with a good deal of power.

The Fox and the Hound has flaws. Musically, it’s unimpressive, with Bailey carrying only a few brief tunes, and Nolan talking through a song that sounds like it was written in about 15 minutes. It drops the sharp central story when Todd starts an unnecessary romance with Vixey (Sandy Duncan), and it wobbles a bit in its last third, but the ending is solid and surprisingly unhappy. If Pinocchio, the best of Disney’s early features, teaches children the importance of adult responsibility, then The Fox and the Hound openly dramatizes what’s wrong with the world and the toll that time and circumstance exacts on the deepest of our youthful feelings. Its star-crossed friends are forced to fight, they stand up for each other through fierce personal bravery, and they are eventually kept apart. As a very young child, I found the film extremely upsetting and unaccountably melancholy. As an adult who has felt external circumstance play a part in the loss of some key foxes and hounds, it still seems disturbing and awfully sad, a wounded and unresolved movie free of the expected Disney cutesiness and complacency.

The colors seem muted and more care could have been taken with the overall image, which sometimes looks soft. The sound is, likewise, somewhat muted.

An unenthused (and brief) featurette on the troubled making of the film is made up for by two classic and appropriate Disney shorts: Lambert the Sheepish Lion and the Mickey/Pluto short Lend a Paw. There are also games and sing-a-longs for children.

An acceptable disc for one of Disney’s best and most unheralded animated features.

DVD Review: Peter Bogdanovich’s They All Laughed on HBO Video