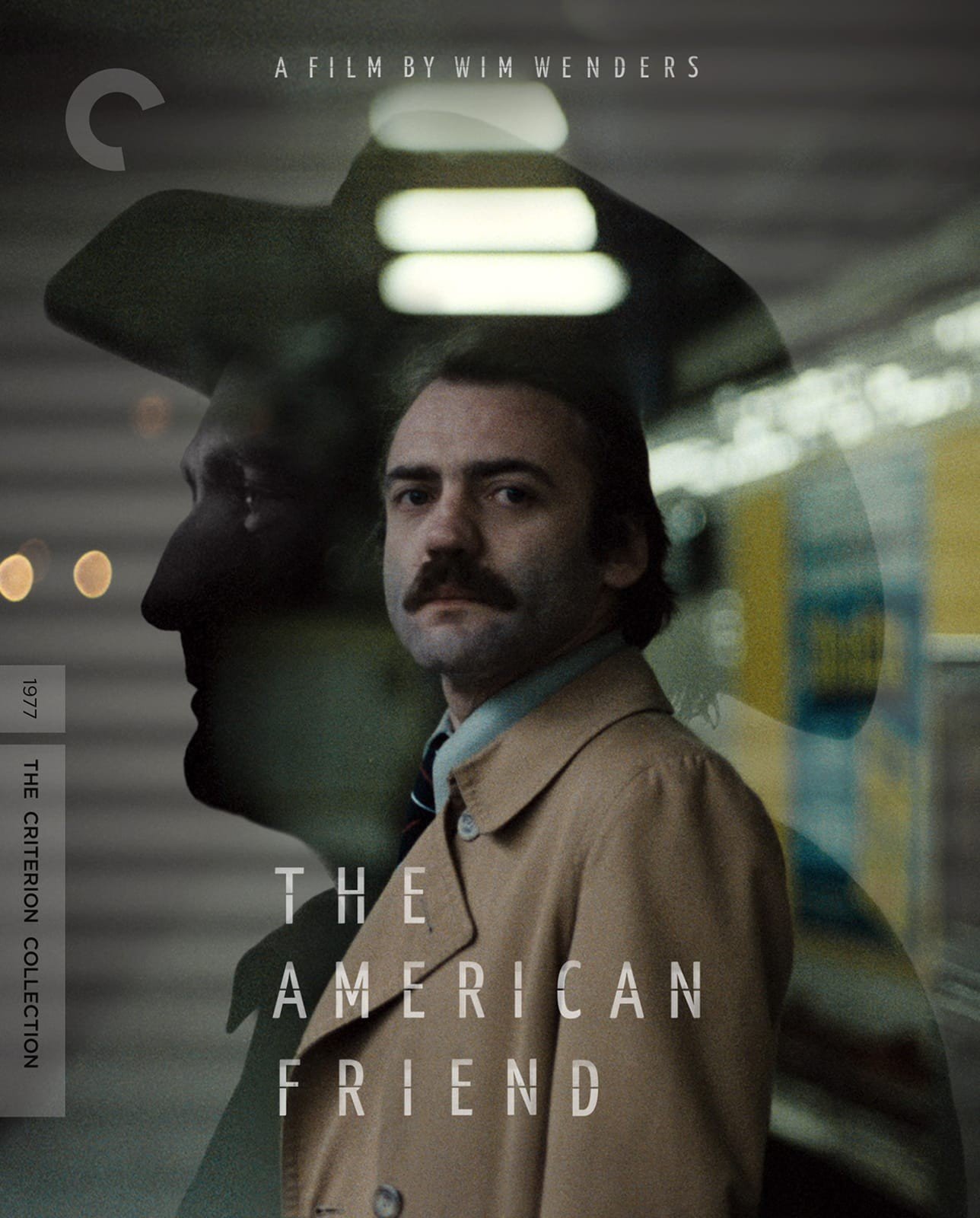 Wim Wenders’s The American Friend arrived at a fortuitous time for the European art film. Bolstered by the American counterculture’s interest in the formally progressive and uniquely personal cinema emanating from across the Atlantic, international filmmakers in the 1970s found themselves with not only a newly receptive stateside audience, but with previously unavailable opportunities to cross-pollinate interests both cultural and financial.

What resulted was an influx of established European auteurs—Michelangelo Antonioni, Werner Herzog, among others—into the American art-house market, many of whom were able to parlay the exposure into collaborations with the very artists who’d first helped facilitated their newfound exposure. One of the most successful byproducts of this unique cultural moment was Wim Wenders, a German-born director who, coming off of a trio of seminal road movies (Alice in the Cities, The Wrong Move, Kings of the Road), would transpose his intimate, subtly philosophical sense of character and setting to a story of cross-continental intrigue and moral inquisitiveness.

Loosely based on Patricia Highsmith’s novel Ripley’s Game, The American Friend wears its love of the United States and its cinematic lineage on its sleeve. Though set in combination of New York, France, and Germany (with the action largely transpiring in the latter two locations), the film radiates a distinctly Western sensibility. From its engagement with genre tropes (particularly film noir), to its tangibly grimy urban backdrops, to its archetypal hero/villain dramatic dichotomy, there’s no mistaking the film’s American influence.

Dennis Hopper stars as the novel’s namesake charlatan, though in a sage bit of imagination from the actor, not as Highsmith’s methodically devious characterization of Tom Ripley, but as an unhinged, impulsive personification of the character’s amorality run amok. In Hopper’s hands, Ripley’s elaborate deception of unassuming husband and father Jonathan Zimmerman (Bruno Ganz) achieves Machiavellian heights of maleficence, his nefarious take on the author’s cunning art dealer both uncomfortably compelling and morally unconscionable.

Zimmerman, by contrast, is unassuming and soft-spoken, an imposing physical specimen belied by a gentle demeanor and an honest spirit. He’s so guileless, in fact, that he fully buys into Ripley and his French cohort Raoul Minot’s (Gérard Blain) suggestion that the unspecified illness he’s battling isn’t simply of passing interest, but of terminal concern. Thus, in an effort to provide for his soon-to-be widowed wife, Marianne (Lisa Kreuzer), and family, he agrees to kill two rival gangsters in exchange for future recompense.

Wenders, who also penned the adaptation, stages these otherwise routine underworld dealings with an impressive stylistic and meta-cinematic gusto, coupling exaggerated fluorescent lighting schemes (courtesy of longtime cinematographer Robby Müller) with a gritty realism reminiscent of both concurrent American crime films and post-war noir. Which is to say nothing of Ripley’s signature cowboy hat—an unmistakable symbol of bygone Americana, as well as a call back to another beloved Hollywood genre—and the rollcall of then under-appreciated directors who fill out the supporting cast, most notably Nicholas Ray and Samuel Fuller, but also Jean Eustache and the aforementioned Gérard Blain.

The American Friend is structured around its two extended murder sequences, each a masterclass in choreography and visual storytelling. In the first, Zimmerman is tasked with gunning down a Jewish mafioso in a train station. However, when the assignment proves more psychologically and emotionally taxing than expected, it prompts a labyrinth chase between train cars and across dank subway platforms. Told completely without dialogue, the scene is an almost unbearably tense foil to its more kinetic counterpart, which again a features a train, but instead confines the action to the lumbering locomotive itself, as Zimmerman and Ripley attempt to kill and dispose of their target while dodging the attention of passengers and security alike.

Ripley and Zimmerman are at first reluctant associates, and soon their fates become entwined, their respective narrative arcs achieving a kind of tragic grandeur as their motives inevitably reveal themselves in the wake of the killings. Early in his career, Wenders was often drawn to these kind of mythic pairings of masculine archetypes. And in that sense, The American Friend seems to directly anticipate such iconic works of metaphysical inquiry as Paris, Texas and Wings of Desire, while also standing as Wenders’s intrepid first step toward becoming the truly cosmopolitan artist we know him as today.

Criterion’s 1080p transfer of the recent 4k digital restoration of The American Friend handily trumps the now-ancient Anchor Bay DVD from 2003. The celluloid texture of the film is of immediate note, as is the more accurate color palette, softer yet richer in translating Robby Müller’s neon-lit interiors. For their part, the outdoor sequences retain a pleasing, palpably grainy look, accurate to the vividly captured urban locales. Contrast is likewise well balanced, lending a depth and weight to the image that in previous digital incarnations looked brittle. Sound, meanwhile, is offered in a new DTS-HD 5.1 mix, properly separating the dialogue, sound effects, and Jürgen Knieper’s subtly modulating score. Little is of note regarding noise or extraneous aural damage, and overall the audio-visual presentation of this now forty year-old film is impressively rendered.

Carried over from the original Anchor Bay release is an audio commentary track featuring Wim Wenders and Dennis Hopper. It remains loose and informative, with enough extracurricular detail to reward a revisit or two. New supplements include two lengthy interviews, one with Wenders about the particulars of the productions, and a second with Bruno Ganz about his role and experience collaborating with Wenders and Hopper, as well as 36 minutes of deleted scenes with optional commentary from Wenders. Finally, along with the requisite original trailer, there’s a handsome leaflet included in the package featuring an essay by author Francine Prose.