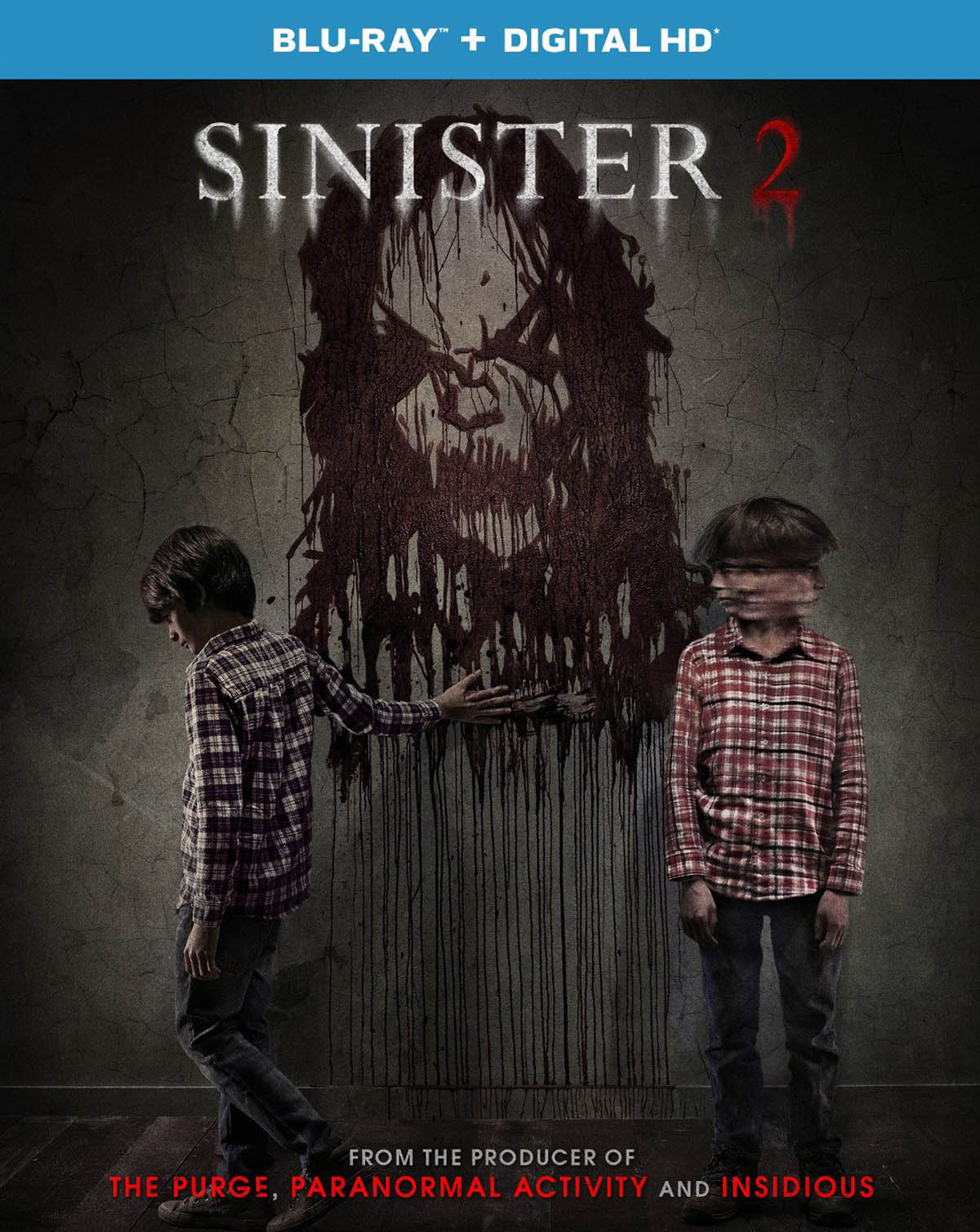 Scott Derrickson’s Sinister has a becoming sense of minimalism, particularly for the contemporary American horror genre, following Ethan Hawke as he wanders a haunted house, slugging down bourbon while watching snuff movies on an ancient 16mm projector, conjuring a pagan demon in the process. There’s no belabored climax, no extraneous sets or characters, and remarkably little exposition. Derrickson staged an elegantly low-rent fusion of The Conversation and The Shining, adding to the stew a chillingly vague creature that suggested an especially debauched 1980s hair-band rocker.

Sinister 2 commits the classic horror-sequel blunder, confusing scariness with rank unpleasantness. Producer Jason Blum, co-writer Derrickson, and director Ciarán Foy predictably double down on the series’s potential for literal-minded cruelty in an effort to compensate for an unavoidable lack of mystery. After all, fans of Sinister will obviously already know from the outset why the children in this film have a weird propensity for watching snuff movies in the basement of their unconvincingly retro rural farmhouse.

Sinister 2 marks time with its increasingly ridiculous recreation of snuff movies, until the climax involving a family’s brutal mass murder by one of its own, per the tradition of the series. Not exactly a wonderful night at the multiplex, though one of the “kill films” is so desperately lurid as to merit a dishonorable shout-out, reveling in the suffering of victims who’re nailed to the floor of a church while rats burrow through their stomachs. This sequence strikingly fails to shock, despite the calculated, eager-to-please ghastliness of its conception.

More ghoulish is Sinister 2’s pervasive, nearly gleeful matter-of-factness about such atrocities, allowing the audience to accept the machinations of a child who tries to burn his family alive as merely a matter of course for a debauched sequel. The murderous child in question, played by Dartanian Sloan, is so clearly a sociopath from the outset that his devolution into a monster carries no emotional weight. Which is a shame, as there’s quite a bit of unexplored subtext inherent in this premise, which ostensibly concerns a broken home and the cycles of violence that reverberate in the wake of a violent husband and father’s abuse.

Watching Sinister 2, one also comes to appreciate how significantly Hawke served the first film. The actor’s ongoing appearances in genre movies continue to carry a charge because his pretenses as a privileged, self-conscious artiste have yet to entirely dissipate. Watching Hawke in a film like Sinister or The Purge one suspects that he’s amused by the seeming arbitrariness of his presence in such a disreputable project, and that amusement informs the narratives with refreshing comic tension.

James Ransone and Shannyn Sossoman are capable and likeable performers, but they don’t complement Sinister 2 in such a surprising fashion. Hawke barely bothered to sell his sketched-in caricature of a role, astutely allowing the audience to accept his character as being indiscernible from his own public profile, imbuing Sinister with star-wattage. Ransone and Sossoman are character actors, though, attempting to ground their roles in some sort of emotional reality, and there simply isn’t any reality to play in something this cynically inhuman. This film craves the sort of urban-legend gravitas that Hawke provided its predecessor, but Sinister 2 swallows its leads up, leaving behind only derivative ugliness.

The image sports deep, luscious blacks and the sort of oxymoronically polished grit that abounds in contemporary horror films with an uncommitted jones for the roughness of their 1970s-era forefathers. Sinister 2’s formal style is derivative yet quite lovely to behold, offering gorgeous tableaus of misery. The washed-out colors are rendered with exquisite glare, and set textures are uncommonly precise, most unnervingly in the abandoned church that prominently figures in the narrative. The soundtrack deftly handles the usual horror-movie jump tactics, though tomandandy’s score classes up the joint considerably with frightening mixtures of scratching and bass-y gurgling. This mix has effective, appropriate weight, suggesting an entity that’s tangibly pushing and holding the images down on the screen.

The audio commentary by director Ciarán Foy covers the basics pertaining to his hiring, the casting of the actors, the score, the set design, and the like. It’s a diverting but forgettable listen. The deleted scenes and behind-the-scenes featurette are even less remarkable, though there’s a certain admirably cheeky perversity in including all the film’s fake snuff footage as a standalone supplement.