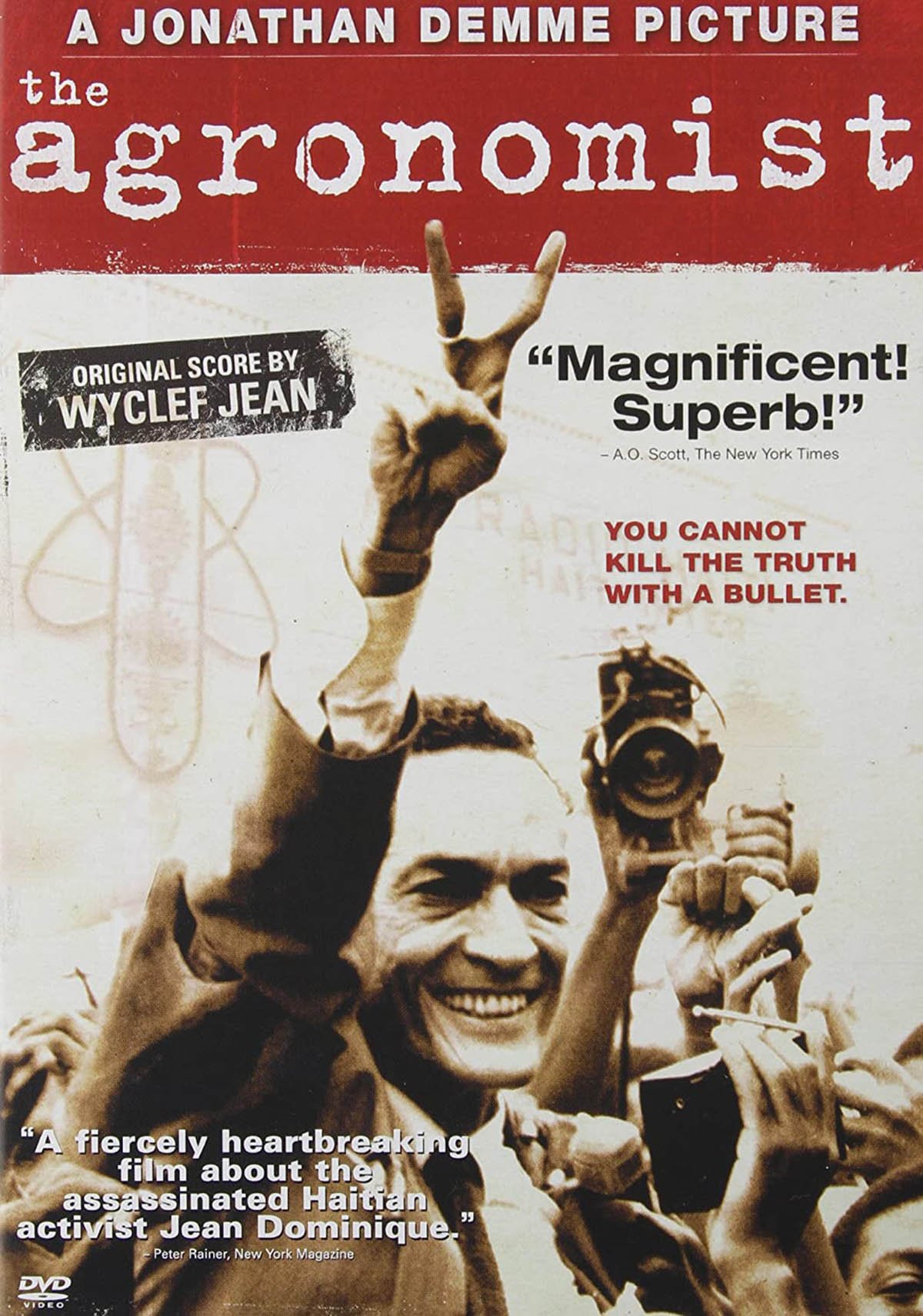 A perfect match of interviewer and subject, The Agronomist is director Jonathan Demme’s informative and emotional video testimonial to Haitian radio personality Jean Dominique. Demme, long fascinated with Haitian culture, history, and politics, began videotaping Dominique in 1993 during one of the outspoken activist’s self-imposed exiles—a result of Haiti’s continual and volatile political upheavals. The Agronomist portrays the country’s tensions as an ongoing fatalistic tragedy, cyclical to the point of discouragement.

Dominique and his companion, Michèle Montas, provide an optimistic offset through their involvement in Radio Haiti, which aims to inform the country’s lower classes and give rise to a political voice counter to the Haitian elite. Framed in one of Demme’s signature direct-eyeline compositions, Dominique’s skeletal physique belies his powerful voice and gesticulations. Taking a page from François Truffaut’s The 400 Blows, Demme freeze-frames his subject during a particularly passionate rant, leaving Dominique goggle-eyed in a way that’s uniquely flattering and ingratiating—his rhetoric is hypnotic even in silent close-up.

This easy identification helps to carry the audience over The Agronomist’s initial disjointedness. Demme, rightfully so, attempts to encapsulate Haitian history from the slave revolt of 1803 onward, but the amount of on-screen text overwhelms at times, taking away from the director’s expressive use of original and stock video footage. Yet this myriad amount of information is finally appropriate, as it gives the viewer an emotional sense of Dominique’s frustration and passion regarding the country that he loves.

An avowed cinephile, Dominique references Alain Resnais’s Night and Fog as the film that turned him on to the political power of the arts, feeding his anger toward the then-in-power Duvalier regime. That great documentary arose out of a need to remember a heinous historical time, so it’s perhaps sadly appropriate that The Agronomist never came together as a movie until a similarly tragic event: Dominique was assassinated in April 2000 outside Radio Haiti, and it’s around this climactic event that Demme’s picture finds its poetic soul.

The intertitles cease and Demme lets the images of Dominique’s funeral play unburdened by voiceover or other easy-way-out filmic concessions. In a particularly bold single-take sequence, Demme lingers on Dominique’s ashes being poured into a river before numerous onlookers. The resulting scene reveals profound documentary truths about the weight of a human life that were so recently muddled by the pseudo-mystical metaphors of 21 Grams.

The central metaphor of The Agronomist—that Dominique is a cultivator of the earth with no true land to call his own—is itself lovingly disproved by the movie’s final sequence. Ever the humanist, Demme uses the political power of cinema to resurrect Dominique and re-contextualize one of his happiest moments. As if in answer to Haiti’s continuing cycle of violence, Demme proposes through Dominique a new cycle of hope.

The Agronomist is presented in its original aspect ratio of 1.33:1 with an appropriately inconsistent image considering the varying types of video footage (personal interviews, news reports, etc.) that Demme has gathered herein. Unfortunately, the DVD’s redone sub- and supertitles take something away from the director’s aesthetic purpose: where the numerous text inserts became their own effective character in the theatrical release, here they often seem a digitized intrusion, especially during a few aurally mismatched moments when it’s clear that certain static subtitles are supposed to be typewritten across the screen. Both the English and French Stereo Surround tracks do ample justice to the terrific Wyclef Jean musical accompaniment, while also pointing up certain limitations of the video footage.

The Agronomist DVD has no extra features.

A heartfelt human testament from one of our greatest directors.