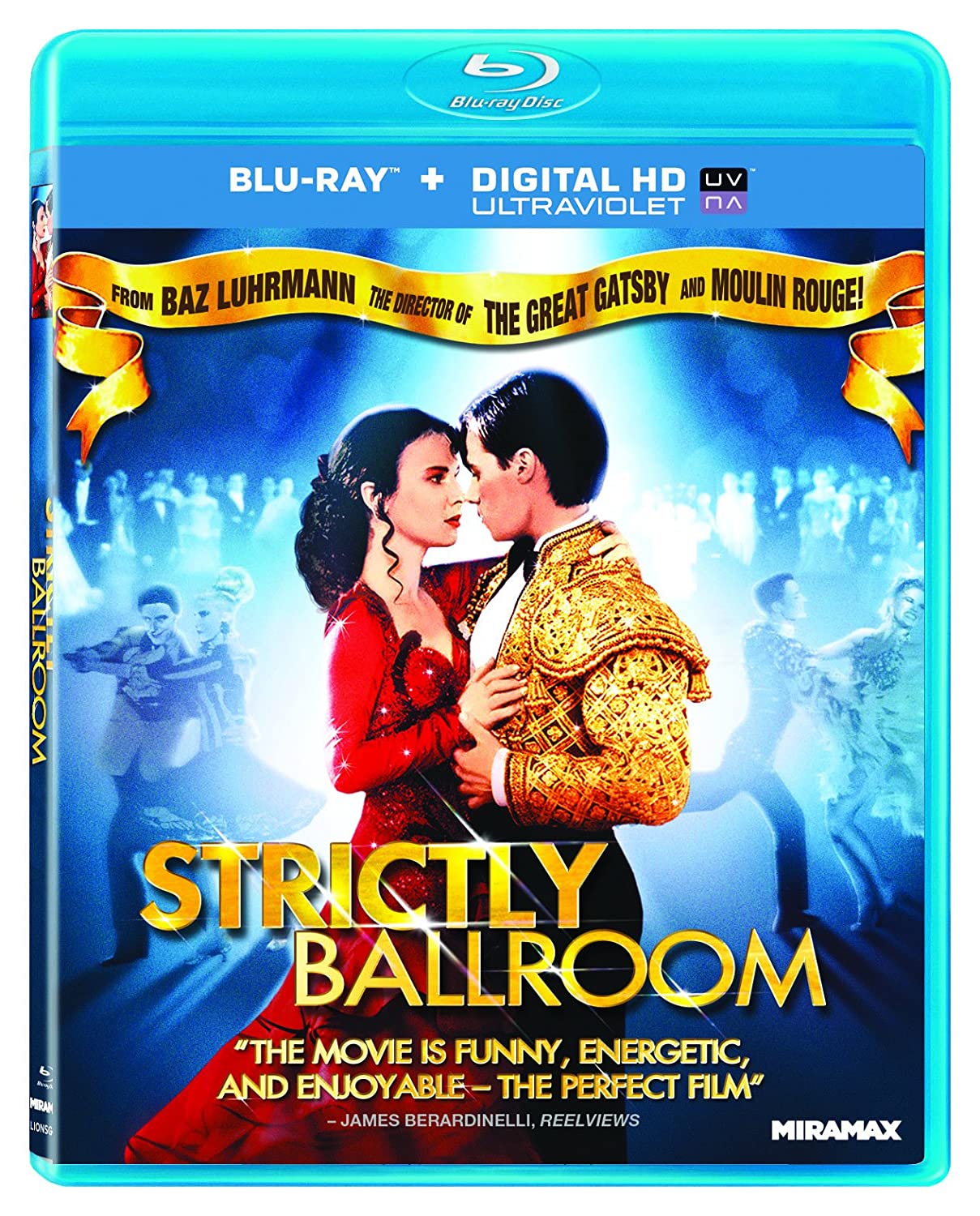 Pity poor Scott Hastings (Paul Mercurio), the dancer protagonist of Baz Luhrmann’s Strictly Ballroom. The writer-director certainly does, even in a situation where mere empathy would better highlight his thematic concerns. While performing in competition alongside his long-term ballroom dancing partner, Liz Holt (Gia Carides), Hastings does that which all misunderstood heroes do: He breaks the rules. In this case, he strays wildly from the accepted styles of dance during a competitive performance by creating his flashy own style, dazzling the audience but souring the judges on the rising talent they had hoped would become Australia’s next big star.

Scott’s performance alienates him from those who trained and nurtured his talent, including his overbearing mother (Pat Thomas) and dancing legend Barry Fife (Bill Hunter), but also brings him in contact with Fran (Tara Morice), a new dance partner willing to work with his new style. The film charts Fran and Scott’s partnership, leading to a national competition and allusions to a romance, but Luhrmann’s major fixation is with how Scott is victimized for his ambition, and how those that came before him have cynically rigged the game against originality and experimentation. Scott’s abilities and how they’re developed are gleaned, but go undetailed, whereas the forces of uniformity and the status quo are shown to have myriad talents for manipulation and betrayal, and Luhrmann tendentiously overwhelms the film with the lengths of their duplicity while largely ignoring the hard work and internal struggles of the central duo, save some tune-up tips from Fran’s relatives.

This has been a ubiquitous theme in Luhrmann’s work: the fiery artistic and personal passions of star-crossed lovers set against a cold, unfair world overseen by greedy and opportunistic men. The Australian director is known for his bold sense of decoration, but overall, he practices a mundane visual zippiness. The screen is often colorful and busy, though sloppily so, without any sense of meaning or thrill. Here, the aesthetic more recalls early Peter Jackson and John Waters, but with the transgressions snipped and the grotesqueries rendered thoroughly vanilla. Though Strictly Ballroom is a less ecstatic affair than Luhrmann’s recent output, it luxuriates in a similar risible and wholly self-serving sense of rebellion, in effect building a shrine to the misunderstood, ostensibly prophetic artist defying an archaic system of art as economics.

It’s interesting to note then how Luhrmann, in response to the largely middling reviews received by The Great Gatsby, made a point to boast about the film’s box-office returns, which casts his conviction in the disapproval of money in his films in a dubious light. In praise of kowtowing, Strictly Ballroom is riddled with unearned and overt vanity, including Fran’s She’s All That-style makeover. The glitter shines brighter and the pathos are now near operatic in the Luhrmann’s recent tales of doomed love, but one can see the director’s cynicism and self-regard already beginning to crystallize in Strictly Ballroom.

Lionsgate has done a highly commendable job with this transfer, beginning with the video’s potent coloring. For the most part, the colors are nicely saturated, textures are very clear and detailed, and there’s very little sense of digital touch-ups. That being said, there are notable moments where the film looks soft and dull. The audio is more consistent, and it’s downright startling during the dance-competition scenes. The mix of crowd sounds, music, and dialogue is crisp, and the dialogue benefits from a clear transfer throughout. The score and effects sound good, but not quite as engrossing outside of the competition sequences.

There’s a pretty fun, if not exactly informative, audio commentary track by Baz Luhrmann and longtime collaborators Catherine Martin and choreographer John “Cha Cha” O’Connell; the entire production is pretty well covered, and the easy rapport of these colleagues gives a sense of the excitement that went into the film’s making. The other extras are strong, including a short but engaging behind-the-scenes featurette and a design gallery featuring narration by Luhrmann. On the other hand, the included deleted scene is a throwaway, as is a featurette on several real-life ballroom dancing obsessives.

The hollow dazzle of Strictly Ballroom looks bold and sounds great thanks to Lionsgate’s strong transfer and packaging, which includes a menagerie of relevant extras.