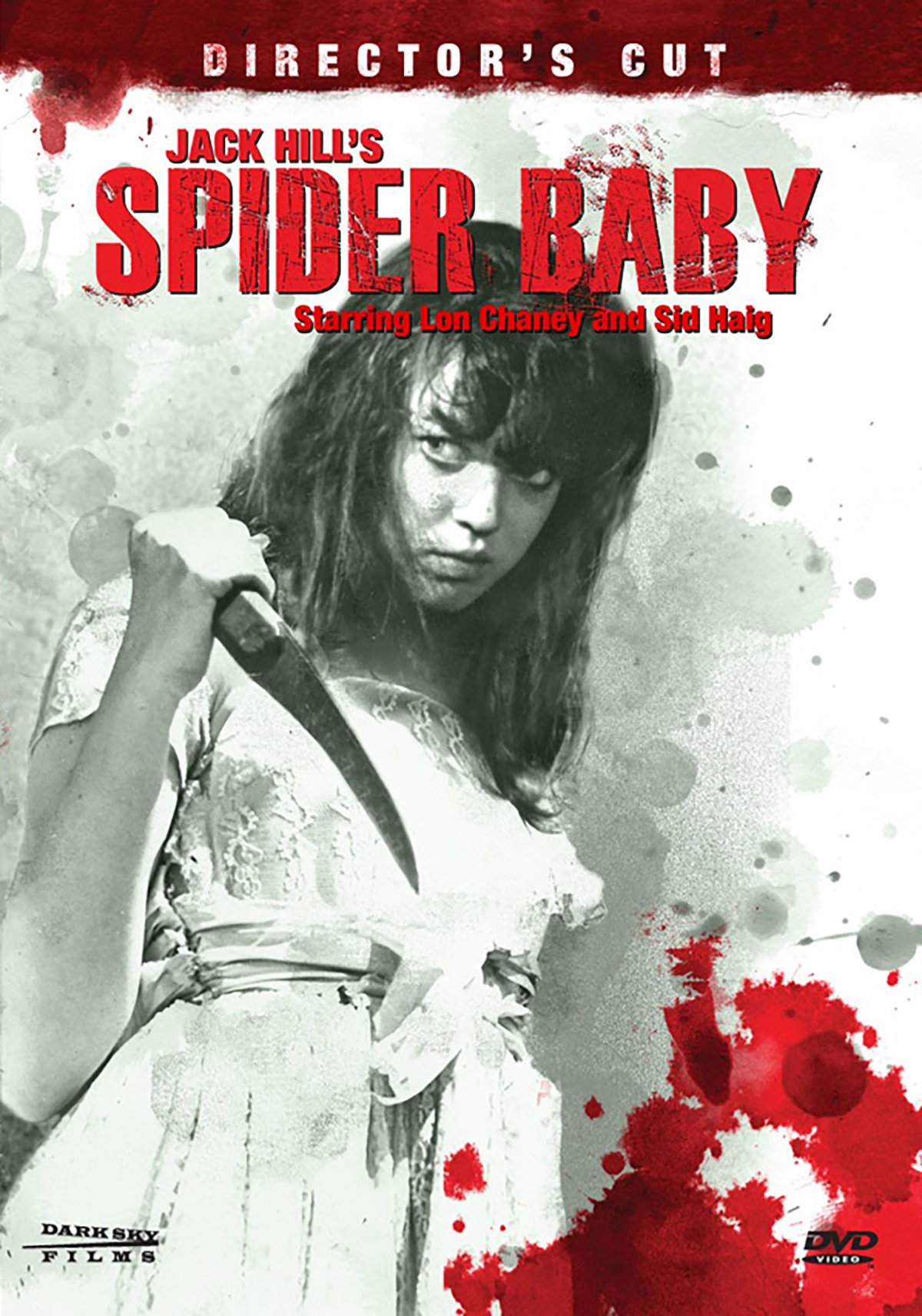 Though hampered by bad distribution deals and multiple title changes, word of mouth helped Spider Baby to connect with fans of schlock cinema. This strange time capsule of late 1960s dementia more or less lives up to its oddball reputation—too unnerving to fall into the category of horror comedies but too cutesy to be labeled as a straight-up shocker a la The Texas Chainsaw Massacre. In other words, it’s unclassifiable, which has amplified its cult appeal. Loyal family chauffer Bruno (Lon Chaney) watches over the isolated gothic house where the last generations of the wealthy Merrye clan reside. Cursed by a debilitating disease brought about by inbreeding, the family members have regressed to a state of “pre-human savagery and cannibalism.” The youngest, Virginia (Jill Banner), thinks she is a human spider and lurches around the house with daggers drawn searching for prey. The eldest, Ralphie (Sid Haig), prowls around the yard snatching up cats to roast for dinner. When some distant relatives and their shyster lawyer appear trying to commit the family to a home and put Bruno out of a job, Bruno knows it’s not going to end well for anyone. Yes, those residing at the old family mansion are pretty far gone, but they’re much happier than Leatherface’s disenfranchised slaughterhouse family, marching toward their inevitable doom with cheery, reckless abandon. The eerie black-and-white cinematography and freaky performances (tempered by Chaney’s laidback, sympathetic turn as the caretaker) go a long way toward smoothing over the film’s low-budget limitations. And, in case you weren’t sold yet, Chaney sings the title song, which is a kooky spoken-word anthem about a cannibal orgy that’s “strange to behold,” with priceless lyrics such as: “Frankenstein, Dracula, and even the Mummy are sure to wind up in somebody’s tummy.”

When Dark Sky Films proclaims to have remastered and restored the original prints, they aren’t joking around. Spider Baby was dug out of the archives and painstakingly shellacked, without any trace of scratches or imperfections. The audio quality is likewise clean and, unlike most cinema of yesteryear, highly audible.

Writer-director Jack Hill doesn’t take himself or his movie very seriously but retains an obvious affection for this early work. He makes concessions for his mistakes (using voiceover to cover up when he had lost footage or run out of money) and praise for his collaborators, saying he cast the movie very well and stayed out of the way as much as possible. Sid Haig, along for the ride, has warm things to say about the cast and crew and talks at length about his weird performance as Ralph. Best anecdote: The chopped off ear from the first act was actually a prosthetic belonging to one of the crew members, who donated it to the movie so they could get their shot. The 30-minute making-of featurette gets a little tiresome, but leaves no questions unanswered about every cast and crew member, not to mention the film’s shitty distribution history. There’s also a brief featurette about regular Roger Corman composer Ronald Stein (who does excellent work in this film) and Jack Hill returning to the original Merrye House location after all these years.

Spider Baby is unclassifiable weirdness, and that’s meant as a compliment.